Making Tax Free Income From Recycling Scrap Metals, Tips On how To Do It

Throwing Away Recyclable Metals Is Disgusting

Do you know what disgusts me? I'll tell you, and I won't beat around the bush much either. People who throw away aluminum cans disgust me. In "real time," I'm discussing all of this with my friends on facebook. Recycling is the responsible thing to do, and though it can take a little bit of time out of your day, it can be profitable as well. I've written many times about this topic, but not so much here on hubpages.

Environmentalism is here to stay, and no, not all of it is good for us. Al Gore's environmentalism and policies and hoopla have provided the American consumer some very high priced, and low quality products within the residential HVAC field. Maybe Al thinks that if we all recycled as we should, then we'd earn back some of the money we are bound to loose due to the increased energy efficiency, and low quality of our home appliances. Regardless, Al Gore is an assclown. I wonder if Al Gore cares about the environment half so much as he cares about his bank account.

Anyone who's been reading my mini-essays here knows already that I spent the early part of 2010 in California, but that I'm a Texas Native, and currently reside in my hometown, of Kaufman, Texas. The differences between the two states are tremendous. In Seaside, California-which is where I was staying, the local trash companies picked up your trash, and if you'd separated your glass, paper, and plastic-then they took that to be recycled. What an improvement that is over the situation in Kaufman, or anywhere else that I know about inTexas! 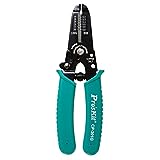 Scrap Metal Is Not To Be Wasted, But Rather, Profited From

Maybe in Austin, Texas-where probably the only idiot is the governor, Rick Perry, they do things the right way, like they did in Seaside. When your state's governor is such that he has an man executed when he's got the evidence that he's innocent on his desk-you can't much expect him to be reasonable, or to care in the least about his world, the people in it, or anything other than himself.

I've got huge hopes for Texas, and this next election. The Lone Star State's international reputation, and even it's reputation in the other 49 states depend upon our ending the career of the one who's committed such crimes against humanity as to have so many people killed, to prove to people who may, or may not have killed anyone, that killing people is wrong. It's this same complete lack of logic or conscience that allows big business, and small minds to wreck the planet by not recycling, polluting, and profiteering.

Has there ever been a nation as fat and wasteful as the United States of America? I seriously doubt it-though I'm told that the people of Constantinople had it quite nice during the heyday of the Byzantine empire. Mr. Bob Vercher, my junior year World History teacher once said that if he could live in any other time or place than his current(then) reality-then it was there that he'd want to go.

Listen, I'm a SCRAP MONSTER, and I'm not the least bit ashamed of it. Oh, I see the dirty looks that you give me when I'm riding my bicycle, and standing in the ditch, putting aluminum cans into a plastic bag. Yes, I saw you. You, in that Chevrolet Tahoe, that Ford F-350, and I especially noticed YOU, in that Hummer H-2. How irresponsible you are to be driving those vehicles simply because you can afford them, and not because you NEED them.

Who among you can claim that you NEED a Hummer H-2? Let me tell you a secret-the H-2 is the ugliest fucking thing on the road. It is you who drive the H-2, the Tahoe, the Suburban, and the F-350 without a family to carry with you, or without the type of work that requires you're F-350, it is you who seek to scrap America.

I applauded that young man in California who tossed the Molotov cocktails all through the Hummers at the Hummer dealership.. That young man, though now considered forever a "criminal," that young man is a patriot, and a young man who cares about his world. It is you cowardly "Christians" who blindly follow the rules that your wealthy overlords put in place to ensure their riches-you disgust me equally, when you forever rant and rave about RULES.

Anyway. . . .metal. Mercury is the only metal that I can think of right off that can't be sold for cash. Tin and Iron are the most common metals, and they are worth very little. Still, tin and iron are worth money. Currently, tin and Iron sell for around.2 cents to .5 cents per pound. you don't have to do a lot of figuring to see that these metals aren't where you'll make that buck you need to catch up on your bills. Should you have a bit of back yard, a truck, and a small flatbed trailer-then you CAN certainly make some money with tin and iron. Another real world factor is how far you are from the nearest scrapyard..

I'll be completely honest with you-I became interested in scrap metals when I realized what an access to them I had, and how profitable they are. Tax free profit. Unreported income.

It is the responsible thing to do to ensure that anything that can be recycled doesn't wind up at the landfill. Sure, you won't make a bunch of money off of tin and iron-you can, however, put a lot of it into the trunk of your car, and should you have a scrapyard somewhere on the way to where you sometimes go, etc-then you might recoup a little of your gas money, beer money, etc by a quick stop at the scrapyard.

I've got a little tale for you here, and it concerns aluminum and scrap metal, and untaxed income: There once was an old man who had a pasture, and on that pasture he had a large barn full of building materials. This old man lived and died, and he had no kinfolk in Texas. His land was put up for sale, and was intended to be sold into little lots for trailer houses. Well, a little bird landed on the shoulder of yours truly, and told him about the situation. Yours truly, in the dead of the night drove his pick up truck to the falling apart building, and rescued well over a thousand pounds of aluminum siding from the decaying building, destined to be bulldozed away. Thanks to that little birdie, the pickup, and some local "hoodlums," yours truly made a lot of untaxed, unreported income; and managed to recycle a lot of metal that would have been hauled off to the dump. Aluminum sold for .50 cents a pound at that time, and my little birdie friend is a good friend indeed. There are some local "hoodlums" who are very thankful to little birdies worldwide for such things as well.

Now, it's true that I do not advocate someone raiding a falling apart barn full of building materials in the middle of the night-unless they've called me first, and we happen to know that nobody is going to lose out due to "Midnight Riders," little birdies, and bulldozers. However, life is such that black and white often do not exist, and gray areas abound.

Aluminum is the most common metal that a decent profit can be made from the collection and sell of. Aluminum cans are virtually everywhere, in your stores, laying on your sidewalks, and in your ditches. The price of aluminum fluctuates frequently-and I've seen it as high as .90 cents per pound. Should you crush aluminum cans with the soles of your feet while wearing shoes-then a great deal of aluminum can be fitted into the trunk of any car, certainly, enough to make it not only profitable for you to frequent the scrapyard, but for you to feel environmentally responsible as well. But aluminum is not only found in the venerable aluminum can-it is found in many, many applications.

Here's the trick for you to remember. Take a magnet, and apply it to any metal that you aren't certain of, should the magnet NOT stick to the metal-then you've got a metal that is worth money.

In the spirit of being helpful, what else shall I say? I'll say plenty. Copper wiring is common, and copper trumps aluminum several times over. Today at the scrapyard copper sold for $2.80 per pound. This price applies to raw copper, or rather, uninsulated copper. Copper wiring is typically insulated.

Where would you find copper wiring? In any of your failed appliances. So you've got an old refrigerator that gave up the ghost? That's great! The condenser coil of your old fridge is composed of copper tubing, and this is the raw copper that I was speaking of, the stuff that sells for $2.80 per pound. simply saw, or break it off, and save it. Besides that, the electrical wiring of the old fridge is all copper wiring, though insulated, and a small pair of wire cutters will do the trick to cut and pull all of the wiring loose for sale at the scrapyard. Looking at my receipt, I can't decipher what my insulated wire sold for-I should have asked. Typically, it's about half of what raw copper sells for, which would be $1.40 per pound.

If you take the time to burn the insulation off of the wire in a burn barrel-then you've got copper that can sell for full price. Please keep in mind that not only refrigerators-but every electric home appliance that needs replacing contains copper wiring. I've never met a woman who wasn't very elderly that couldn't, if so inclined, take the time to take those things apart, and take out the wires.

Finally, as I've about maxed out the word limit that I find wise for hubs, I'd like to say that brass, and stainless steel are common metals of very high value. Stainless Steel DOES have a magnetic pull, but not nearly the magnetism that tin or iron has. Last, but not least-your failed car battery, contains a good deal of lead, and will be happily purchased from you at a scrapyard. I recall an uncle telling me when I brought home a half dozen failed auto batteries,

Let's all be responsible citizens and recycle. It's my greatest hope that I've been of some use to you in doing that, and making a buck while doing the responsible thing.