The lavatory had always been, for me, one of life's essentials. Until that is, I went on a scout camp, was given a roll of loo paper and directed towards a wood. Deep among the trees I found to my surprise it was easy to carry out this most basic of activities without the innovative technology of Thomas Crapper and other pioneers of the 'Water Closet'.

This was a significant moment of personal enlightenment. As too was the day when my faithful dog and I stumbled upon a mysterious, dark brown lake in a disused quarry in my home village of Ironville, Derbyshire in the UK.

The surface of the lake was strangely solid like boot polish. I should explain that this was the mid sixties and I had until recently lived a relatively sophisticated life in a Nottingham suburb. A place of detached houses and modern plumbing.

But, that all changed when my Father became a village postmaster and I found myself living just over the border in what was unkindly referred to in a local guide as ‘the last village in Derbyshire (in more ways than one)’.

I can still recall the horror my middle-class family shared, transported suddenly from a neat, detached, suburban landscape to a grimy terrace overlooked by a railway line and a huge coal tip. 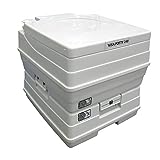 Ironville, so rooted in the past that the BBC used it to film period dramas and sociology professors from Nottingham University bused their students in on field trips.

"Isn’t this place delightful?" said a BBC producer during a break in filming a D H Lawrence adaptation (Lawrence's family home was a few miles away at Eastwood).

"If it’s so bloody delightful then why don't you come and live here?" said my Mother sarcastically.

But back to the lake. Its surroundings were strangely still and silent. The towering rock walls ensured no breeze stirred the stunted undergrowth and trees. No birds flew. Nothing lived or breathed in that place except me and the dog.

I think the dog knew. This dog with an insatiable passion for cowpats and compost heaps. He had a sixth sense for such things. He understood. The dog advanced towards the lake his nose twitching. I instinctively grabbed a pebble and threw it at the lake.

The surface remained unbroken, the stone’s impact totally absorbed. The pebble remained, tantalizingly, on the surface. Larger stones proved no more effective at penetrating the crust.

The dog meanwhile perched on the shoreline, craning forward, daring himself to leap into the unknown. Sensing danger I grabbed the dog by the collar, clipped the lead on him and dragged him back. As he strained at the leash, I noticed a vast dried-up waterfall down the quarry side.

In hindsight, a strong clue as to the nature of the mysterious lake. Finally I attacked it with a huge boulder that I threw as high as I could. The boulder came hurtling down and smashed through the crust, to the accompaniment of loud bubbling sounds and chemical activity worthy of a gothic horror movie.

The shining, black liquid which erupted from the crater was strangely alive. The dog's nose twitched and he was drawn magnetically towards the hole. I strained, gripping his lead and holding him back from temptation. The smell was now overpowering.

I was terrified. Was this the genesis of an ecological disaster? Had I opened Pandora’s box? As I rushed from the scene, dragging the reluctant dog, a monster of a man came towards me out of the trees and in the local dialect, demanded accusingly,

"No, it wasn't me, honest." I lied and ran home gasping for breath against the vile stench that soon filled the entire valley.

The truth, I later realised was that this quarry was where the euphemistically named night-soil lorry had for generations dumped the entire contents of the outside lavatories of the village in which I lived. I had always assumed, quite wrongly, that the council took it far away and disposed of it in a responsible and ecologically friendly fashion.

How terrible the day when the privies were emptied. The villagers hid indoors and kept their windows tightly shut against the stench. They peered from behind net curtains at the passing of the monster truck, its great counterbalanced arm dripping vile fluid onto the street.

So the truth dawned. This quarry held a tangible legacy from generations of miners and their families. The entire history of a village distilled in semi-liquid form and hidden from view. A dark, dreadful secret, just waiting to be uncorked.

The toilet terrors still pursue me. Like using a super-loo. You know, those things like a telephone box without the windows that are always strangely wet when you enter through the 'Sci-fi' revolving door.

What would happen if all that mysterious technological stuff occurred while you were still inside? Would you be sucked underground never to be seen again, or might you escape, gasping for air, soaked from head to foot in disinfectant?

Thought of futuristic technology leads one to contemplate NASA's weightless lavatories in space. A subject about which surprisingly little is said let alone written.

Or those fearsome 'heads' in submarines with their myriad valves and unspeakable consequences if the correct sequence isn’t followed. No wonder inexperienced submariners tremble when they first need the loo.

Airline toilets scare me too. If you keep your hand on the flush or the mechanism jams then might the whole plane de-pressurise? And when you flush do the contents fall to Earth from 30 000 feet?

The biggest drop I ever witnessed was from some youth hostel toilets in Norway in the 1970s. A row of privies were positioned on a steep mountain side outside the main building.

If you looked down through the seat you could see a metal can resting on a narrow ledge some 30 feet below, waiting to be filled. Amazing. No fear of being overcome by odour or 'splash back' but eerie not to hear the comforting plop.

I just hope they closed the loos before cleaning out the buckets below. The consequences of forgetting would be too awful to contemplate.

One of the weirdest lavatories I ever saw was buried in a hillside, deep in the bowels of the earth. During the cold war, I visited a vast government bunker to install some computer-based equipment.

We passed downward from one level to the next via staircases through living quarters, command and control areas and equipment rooms and finally plant rooms. The most amazing feature? What was it my guides were the most proud of? The loos.

The lavatory pans, the pipes, the sinks, the urinals, everything was made of inches thick stainless steel in order to withstand the effects of a nuclear blast. What a privilege to leave something behind in that apocalyptic cavern knowing that, even after the unthinkable had happened, a privileged few would continue to 'spend a penny' in relative comfort.

Talking of the unthinkable and toilets reminds me of a family I know who visited a local DIY store to look at fitted kitchens. Preoccupied with hobs and state-of-the-art ovens, they ignored their 3-year old daughter's request to visit the bathroom.

Unfortunately she was enterprising and solved the problem on her own. They suddenly became aware of her, face flushed, standing before them, her knickers around her ankles, pointing towards the bathroom section.

"I've finished!," she announced loudly and breathlessly, " but the toilet won't flush and I can't find any toilet paper!"