I first came across the Berger Lamp through my investigations into Limoges Porcelain but I soon became entranced by these lovely objects.They are also sometimes called fragrance lamps, perfume lamps, effusion lamps or catalytic lamps.

The Berger Lamp, or Lampe Berger , originated in France and was the invention of the Frenchman, Maurice Berger. Initially a scientific invention used in hospitals, today the Berger Lamp is prized as an object of beauty to delight the eye and create an ambiance through the sense of smell. Perfumed oils are poured into the body of the lamp, which is made from fine porcelain, earthenware, satin glass or crystal.

The lamps have beauty and romance, making them sought-after objects and some Lampe Berger vessels have appreciated in value over the years making them highly collectible objects and unique gifts. 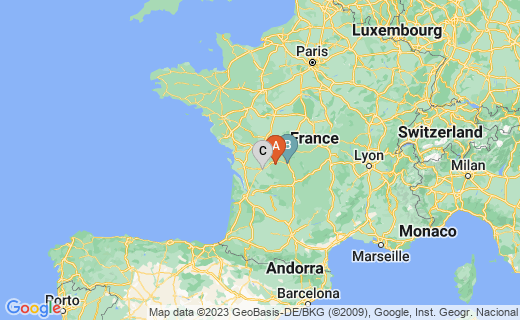 Accommodation near Limoges, Les Trois Chenes B and B, self-catering holiday cottage. We can help you organise your Limoges porcelain shopping trips. 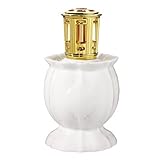 Who is maurice Berger? The creator of the Berger lamp. Lampe Berger Oil Lamps first began in Paris, France in 1898 in the dispensary of a Parisian pharmacist, Maurice Berger.

At first its purpose was to purify air by means of the catalytic combustion of ozoalcoho, where its antibacterial powers were used in hospitals and sick rooms.

Maurice Berger was the first to receive a patent, (in 1897) and he founded the company Lampe Berger, the largest worldwide manufacturer of the device.

Now there are also a growing number of other companies making catalytic fragrance lamps.

The Golden Age of the Lampe Berger

The turn of the century and Belle Epoque saw the Lampe Berger Lamp come into its own. It captured the imagination of the great designers of the time, Lalique, Galle, the Daum crystal glass works and Baccarat, and soon the lamps became a feature at the salons of the rich and famous. It was also at this time that the lamp was used as a way to add fragrance as well as elegance to the fashionable interior.

By 1930 the taste for beautiful objects reached its peak and the Lampe Berger lamp became a collector's item. It was also at this time that innovations concerning the exploration of materials like porcelain and a widening of the range to make Lampe Berger accessible to all came about. Designers and manufacturers have continued to work together, constantly updating the lamps, so whatever your taste there should be a lamp for you.

How does the Lampe Berger work?

The Barger Lamp is a catalytic diffusion lamp that disperses scented oil using a heated stone attached to a cotton wick which is immersed in fuel. Originally it was thought that the molecules that cause bad smells are inherently unstable and the lamp was believed to speed up the decomposition process of the molecules, converting them into harmless substances (such as carbon dioxide and water), hence their use in hospitals and sick rooms to purify the air.

While their scientific uses have been discredited by some, the lamps are still popular as air fresheners and perfume dispensers. With fragrance added to the fuel, the catalytic burner lamp becomes a fragrance lamp, diffusing aroma into the air while it purifies. Some perfumes are based on natural aromatics (essential oils), giving the lamps an aromatherapy application as well.

How to use a Berger Lamp

How to use your lamp

The cap is removed from the lamp and a stone with a wick attached is inserted into the top of the Lampe. The stone remains above the opening while the wick is pushed down into the vessel where it is soaked by the oil. The stone is then lit and allowed to burn for about 2-3 minutes until it is hot enough and catches fire. After the stone is hot enough, the flame is extinguished but the catalytic stone will burn as long as there is oil in the Lampe. One of the by-products of these fragrance lamps is low-level ozone, which has been attributed to the "purification process" of the lamps in eliminating odor.

Recently, a newer kind of catalytic burner was introduced called the Platinum Wick. This wick is all metal and produces the same diffusion effect with a catalytic screen that encircles the top of the wick.

As the lamp doesn’t have an open flame, the fragrance lamp much safer than scented candles.

The lamp also has a lower operating temperature which means that, unlike scented candles, the aromatics are diffused very efficiently into the ambient air without being burned.

The lamp doesn’t operate with an open flame and so it is safer than scented candles. Its lower operating temperature also means that, unlike scented candles, the aromatics are diffused very efficiently into the ambient air without being burned. One of the by-products of these fragrance lamps is low-level ozone, which has been attributed to the "purification process" of the lamps in reducing bacteria and eliminating odour (see below).

Lampe Berger with a French feel 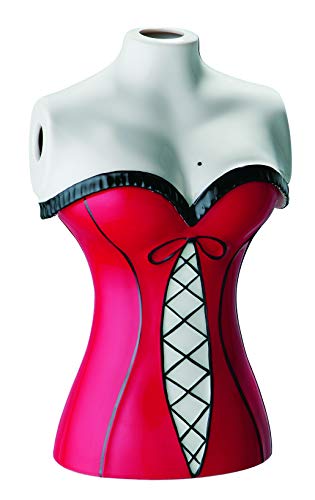 Sense of smell varies greatly between individuals. You may be particularly sensitive to certain fragrances and they will seem strong to you, while others do not seem as strong. In addition, when you use a new fragrance it may be very strong to you at first and weaker over time because you have become so accustomed to it (similar to wearing perfume).

It's a good idea to try out the perfumes before buying if possible and to have several so that they can be changed from time to time to give your nose a chance to enjoy something new!

Safety precautions for use of Berger lamps

The lamp fuel contains 90% isopropyl alcohol and should be regarded as a highly flammable liquid and precautions should be taken to avoid any possible hazards:

Does the lampe Berger work and if so, are they dangerous?

Well,it works if you want to perfume a room, but to know if it has any other benefits we need to ask the question, “Does it purify the air?”

Some of the sources that I used for this article state that research has shown that the catalytic process can also effectively eliminate up to 85% of bacteria in a room for up to 30 hours after initial operation has stopped. On the other hand, the fact that the medical use of the lamp and the associated technology has waned suggests thatscientific evidence supports the use of these lamps as it is difficult, if not impossible, to find the relevant research. There may also be actual dangers:

Blinded by Science? Well I certainly am. After doing all the research I’ll be on the look out for Berger Lamps, especially Limoges Porcelain ones, because they are such lovely objects, have a great history and are such attractive collectables, but I don’t think I’ll be lighting them on a regular basis. I’ll stick to candles or look into Reed Diffusers for room fragrance!

At the time of writing there were Lampe Bergers on the small ad site Le Bon Coin from 10 euros to one in cristal by BACCARAT for 1,342 euros. Get collecting!

What are Reed Diffusers?

Reed diffusers are containers of oil with a hollow reed that draws up the oil by capillary action. This results in a natural, gentle background fragrance, unlike the harsh chemical room-scenting sprays.

Are reed diffusers a safer alternative to Berger lamps? Because they don't use electricity and or lighted flame there is no fire hazard so you may consider these to be a better alternative to the Berger lamp for modern living and keep your beautiful Berger as a collector's item on the shelf. 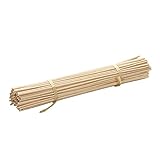 100 Years of the Lampe Berger

This is the title of an exhibition held at St Yrieix-la-Perche in the Haute-Vienne S W France. A small but utterly charming collection of lamps, boxes and pictures/posters charting the changing use and forms of Berger lamps from conception to the present day. It also focusses on Limoge porcelain and the Lampe Berger. 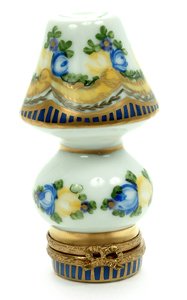 If you're interested in Berger lamps, lamps made from Limoges porcelain or other porcelain objects, why not take a shopping trip to Limousin? You can choose your own Lampe Berger.

We will help you to oraganise your Limoges porcelain shopping trip. Contact me now for details at this e-mail address: info@lestroischenes.com, phone +33(0)5 55 48 29 84 or check out our web site www.lestroischenes.com

Have you used a Berger lamp?

What did you think of it?