What is a Rugosa Rose?

The rugosa rose began in the emperors' gardens in Japan, China and Korea. Because the rugosa rose is a species that grows on the coast, it is hardy and tolerates sand and saltwater sprays.

A rose by any other name is still a rose …

It is also known as the Rosa rugosa (Latin name), the Ramanas Rose and the Japanese Rose.

The Japanese words that it is known by, hamanashi and hamanasu, means “shore pear” and “shore eggplant” respectively. The Korean people call this rose, haedanghwa, which means “flowers near seashore”.

Some of its more common names are Hedge Hog Rose, Rosa Rugosa Hedge, Beach Rose and Saltspray Rose. It is also known by its fruit and is also commonly called Beach Tomato and Sea Tomato. Learn More About the Rugosa

Since the rugosa rose is a shrub that readily suckers, it will produce dense thickets. It grows to an approximate height of 39”-60” inches (1-1.5 meters). The stems of the rugosa are densely covered with thorns. Because of its thick growth habit and profuse thorns, the rugosa is often used as a formal and informal barrier hedge. It has been known to reach a height of 6 feet (1.8 meters) and a width of 10 feet (3 meters).

The rugosa produces flowers March through October, but its heaviest bloom will occur with its initial bloom in the spring. Its flowers are pleasantly scented, about 2.4”-3.6” (6-9cm) across, with wrinkled petals that will be white, pink, red or lavender. Their flowers are often single (with a circle of petals around a center disk). Their flowers can also be semi-double or double. Uses of the Rugosa Rose

The rugosa rose, which has been introduced to Europe and North America, is used to beautify gardens as an ornamental plant.

The sweet clove scented flowers are used to make potpourri.

Cultivated Uses of the Rugosa Rose

The Rugosa has some distinct advantages over other roses:

Because the rugosa has significant resistance to rose rust and rose black spot, rose breeders value its characteristics and choose to use it to hybridize with other varieties of roses.

Rugosa roses are notoriously known to have stems that are profusely covered with vicious thorns. (See above) Because of this characteristic, rugosas should be planted where you will not need to be reaching into them, or accidentally backing into them.

Notice the thorns can even be profuse, although small, on the buds of the flowers. (See below)

On some cultivars, it is almost impossible to find any portion of the cane that is not completely covered with thorns.

Being native to sea shores it is tolerant of salt spray. This characteristic also makes it useful for planting along roads that require applications of salt for purposes of deicing. It is also fairly maintenance free.

The rugosa propogates fairly easy, both from hardwood and softwood cuttings. These “pencil” cuttings can be planted in the spring after danger of frost is past. What are the Planting Requirements of the Rugosa Rose?

The rugosa rose is more tolerant than the typical rose. Its growing requirements are:

The rugosa rose is known for its extraordinarily large, bright red or orange-red fruits, known as hips. (See above) If you do not deadhead your rugosas, the hips will form and ripen in the fall and last through the winter. Related to and similar to crab apples, the hips are very high in vitamin C. They can be used to make jams, jellies and teas.

Birds relish the hips and if left on the bushes can provide them with food through the winter months. (See below)

Despite these preferences, it is very adaptable, and can be grown in poor soils composed of clay, sand, rocks and other inorganic elements. It also tolerates soils that range from acidic to alkaline. It will also tolerate drought and high humidity.

Rugosas do well with the typical rose fertilization and spraying programs. They adapt better if they are planted in the spring and are well watered during their first growing season.

Notice all the small buds surrounding the larger bud, above.

These two pictures clearly show the differences between the leaves of the rugosa (above) and the typical rose (below).

Rugosa in Latin means "wrinkled". This refers to the wrinkled or crinkled appearance of their leaves. The veining of the rugosa leaves is also more pronounced. The leaves are also more leathery. 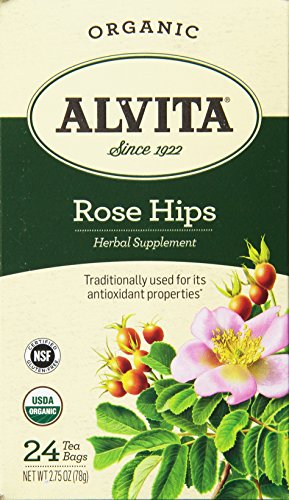 Problems to Look Out For

Rugosas are notoriously disease resistant. rosemagazine.com reports, "Most specimens do not like to be sprayed with anything (except plain water)...do not recommend applying any pesticides or fungicide ... (or) phytotoxicity is quick to follow and the shrub will rapidly defoliate... "let Nature take its course" if pest beetles ... are a problem. To control pest beetles, applications of beneficial nematodes (Steinernema or Heterorhabditis sp.) ...."

Rugosa roses are easily naturalized and have the potential to become invasive. Therefore, caution should be used when adding it to your landscape.

Where to Plant and Not Plant Your Rugosa Rose

If you have a wide bed that you have plantings in, the Rugosa would do well along the back edge. It also makes a beautiful focal point. Planting in a smaller garden should probably be avoided altogether. A single plant can also be planted where it can lean against a building or fence. Because the canes are tall and arching, and will bend under the weight of their profuse flowers, caution should be used in planting them in areas where people will walk. Their thorns are quite profuse and very vicious. 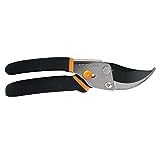 How to Prune a Rugosa Rose

Before trimming or pruning your rugosa, you will need to decide how large you would like for it to become. If you choose to keep it small, you can cut it down practically to ground level once danger of frost has passed early in the season. If you want a large and more natural looking rugosa, you can do very little trimming removing only a small amount of old wood and suckers. To encourage newer fuller growth and to help the plant fill out, you will need to prune 3”-10” (7.6-25.4 cm) from the tops, or tips, of your bushes in the spring. Do not prune your rugosa rose bushes if expect a frost to occur within 6 weeks or the pruning.

Hybrid Varieties are more disease resistant than the non-hybrid varieties; however, hybrids have less to no hips, and are less fragrant.

So, what is a Rugosa Rose?

A rugosa rose is a great addition to a garden provided there is enough room for its needs, and your safety. It is a very hardy and disease resistant rose making it ideal for the beginning gardener. The rugosa rose will add beauty to your garden year round through its flower, hips and foliage. The rugosa is a wonderful addition to a wildlife garden providing food to pollinators and birds, and habitat for many creatures.