Loving Trees--Autumn is the Best Time for Tree Planting

Diana was a member of the Royal Horticultural Society. She & her family all love gardening. She enjoys photographing & painting plants too.

In Praise of Trees Throughout the Seasons

The purpose of this web page is to celebrate trees and to entertain you with my photographs, a poll, a traditional poem to remind you which are the best logs to burn, and some videos about identifying, grafting and, for any of you who fancy a bit of landscape art, how to paint trees.

I love to take photos of the same tree in different seasons and light.

Even the half-dead silver birch in my neighbours' garden looks beautiful - the picture above shows the tree at sunset on 18th February 2008. Sadly, it's gone now, as you'll see from the pictures below.

It looks very different as the seasons and light change

And wait for a big surprise when you see

The same tree again but a very different mood.

It was too dark to take a good photo, but the moon shining through the trees was spectacular.

What a sad sight, and quite a shock, I can tell you.

It wasn't even a very strong wind, but the tree was already dying, and just snapped.

Now Three Photos of Trees in Our Local Park

I love the colours and shapes

Autumn colours in Autumn sunlight to show them at their best

Oak trees have such a satisfying shape.

Believe it or not, this is a colour photo, not black and white - there was just no colour about that day

Two Photos of the View Beyond My Back Garden:

This is the lovely view from my back garden.

I never did find out why it was there. Someone told me they thought it was an air ambulance, but who knows?

A Much Loved Mango Tree in About 1950

Me and my friends having fun up a mango tree in Ndola, Zambia (or Northern Rhodesia as it was then) over sixty years ago!

Where are they now, I wonder?

Amazingly, after a gap of sixty years, I found one of them via a Facebook group this year - her name and looks had changed considerably (surprise, surprise!), but I knew it was her because she mentioned a mutual friend who had lived nearby.

Have You Ever Sat Up in a Mango Tree Eating Mangoes?

Pine Trees in St Konstantine, Bulgaria - The Bulgarians Do Love Their Trees

This is the Hotel Koral Swimming Pool in St Konstantine, surrounded by pine trees. The surroundings are so beautiful that I have stayed there several times with my family - highly recommended!

A Street of Pollarded Trees at Dusk - London, 4th April 2010

Not a pretty sight, but somehow fascinating. Can you see the sunlight reflected in the windows at the end of the street?

Rhus Has the Most Vivid Red Leaves in Autumn

The Sibley Guide to Trees - You can get this from Amazon - 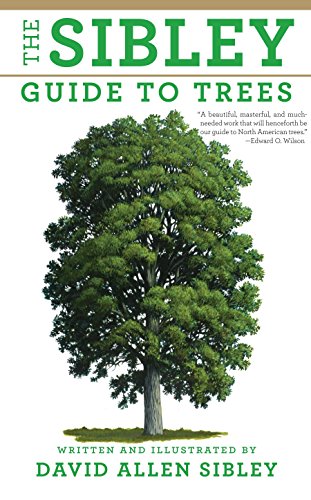 The Sibley Guide to Trees (Sibley Guides)
If you like trees, you might like this book - you would certainly learn a lot from it. It's very useful to have a reference book like this, to help you choose a tree and to tell you how to grow it
Buy Now

Logs to Burn - A Clever and UsefulTraditional Poem

Here's How to Grow Your Own Tree

And Last But Not Least: This is One of My Favorite Photos of Autumn Trees - Taken Outside Stationers Park, London

This is a fairly small park,1.5-hectares. As from 2011, it is a winner of the Green Flag Award. and is built on the site of the former The Stationers' Company School.

You Might Enjoy the Web Page Below as It's About Trees:

And Now Two Videos For the Artists Among Us