Fresh Ground Coffee in the Morning ~ Every Morning

Are you doing it? Are you a coffee drinker?

The Proctor Silex E160BY coffee grinder is a must-have in any kitchen run on a budget or even any kitchen with no monetary limitations. I acquired this sweet little number as an incentive purchase from one of my previous employers. At first I really didn't pay it much mind, using it only occasionally. I was content with my local coffee house.

Then arrived, one of those periods wherein I had to cinch the belt a bit tighter on the budget. So, my cafe visits were curtailed as a necessity. I started using it more and was pleasantly surprised. This grinder does the job quickly with no fuss. Just load your coffee beans into the top, put the domed lid on and plug it in. The pulse button can be held down or pressed and released in rapid succession.

My one problem with this device is it didn't grind fine enough for Turkish coffee. However, in reading more about the product before starting this article, I found mention of shaking the grinder then grinding again, repeating until desired fineness is achieved. I also learned on review of the instruction manual that the cord can be wound up by twisting the cap. Yes, I keep all user guides and manuals until I discard the product.

I start with coffee beans, not ground coffee. Storing them in an airtight container in the freezer allows me to keep them for longer periods of time. Though I've read suggestions that this practice isn't a good one, it's worked well for me. The Proctor Silex E160BY can be used to grind herbs as well. I've not used it for this, but in time, may do so. The product comes with an option for a clear top or a transparent brown cap. This will allow me to keep them separate. Having mentioned above having to live on a budget, the price is just right and even though it lasts a number of years, the price makes it an easy replacement.

A good companion purchase for the grinder is the Mr. Coffee 4 Cup Coffee pot. I've had it for over five years and it hasn't failed me. It's easy to clean and takes up very little space on the counter. I live in a small apartment, the kitchen is designed for someone who doesn't use a kitchen for more than nuking packaged food or who eats a lot of take out. Sometimes I fit in that stereotype, but not always. Other times I feel like trying new things and the meal seems to be more satisfying when I've prepared my food rather than eating out or having takeout. My next kitchen appliance will hopefully be this number, the Mr. Coffee Cafe Barista Espresso Maker.

I discuss grinding coffee on Jacquo. The picture below of my kitchen is affectionately named the Chef's Tunnel.

How To Grind Coffee With Blade Coffee Grinder

The one thing in this video I learned that I didn't know before is to turn it upside down before pouring it. I'd been pouring the ground coffee into the filter before placing the filter in the basket of the coffee maker.

I also find, if I I grind the beans long enough, I can get a Turkish fineness. Works great when I've got Yemen Mocha on hand. 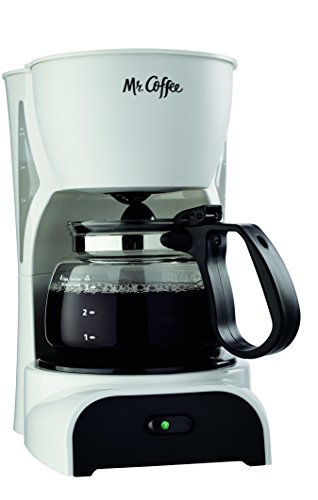 Mr. Coffee 4-Cup Coffee Maker, White - DR4-RB
This loyal coffee maker produces the best coffee and sometimes I find myself wondering why I even go to the cafe.
Buy Now

For me, a single person, a four-cup coffee pot suits just fine. So, if you already have the eight- or ten-cup coffee pot, why would you need this lovely four-cup pot? Do you always need a full pot of coffee? Wouldn't it be more efficient to haul it out only when you do? This way you only make at one time exactly what you need and the smaller pot can be left to sit out on the counter top whereas the larger one can be stored away for those occasions when it's needed. 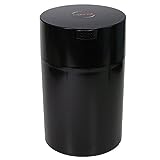 Coffeevac 1 lb - The Ultimate Vacuum Sealed Coffee Container, Black Cap & Body , 1.85-Liter/1.6-Quart , CFV2-SBK
I use an airtight Tupperware container to store my coffee. Of the ones I've seen available in other varieties, this and the one below would be my choice.
Buy Now

Coffee, like tea, sports its own culture. Not unlike any practice, pursuit or other common habit that encourages solidarity to one degree or another. Simply put, culture means the attitudes and behavior characteristic of a particular social group.

People gather to write, study, discuss topics of interest, celebrate, or otherwise be with other folk. A natural extension of that is taking meals, snacks and otherwise consuming food and drinking beverages of choice. When the libation of interest is coffee you have your coffee houses at which to congregate.

The roots of the social pursuit of jo go back to back as far as 14th century Turkey. The preparation of coffee specific to Turkey is the method of preference found in many countries to include the Arab countries, parts of Africa, the Eastern Mediterranean and Europe. When one has coffee ground there's the option for a Turkish fine grind. This fine powder best accommodates the Turkish way of making coffee. You see the descendants of this legacy in the coffee house, coffee break, coffee vendor etc.

The quote I use to begin this article humorously suggests there are your serious coffee drinkers and your recreational coffee drinkers. In truth, your hardcore imbibers in the brown gold of beverages rarely miss a day in which they have at least one cup if not several pots during the course of the day.

Though you may be surprised to find that coffee isn't a palate pleaser everywhere you go, as relayed in Anna Brones' article, Why Is Coffee in France So Bad, around the world, except where tea reigns, there is a coffee beverage served in restaurants, businesses and homes. I think one of the most interesting (and delightful) combinations of coffee house and community is Yoga Bean* in Lubbock, Texas. Another is that of bakery and café, though this is less uncommon.

Popularized in entertainment media, frequented by the nine-to-fivers, and home of the bleary eyed student cramming for yet another exam, there are some novel names to mention regarding the kaffee haus. One of note is is Les Deux Magots in Paris which was once frequented by Paul Sarte and Simone de Beauvoir. The Elephant House in Edinburgh is where J. K. Rowling wrote the first Harry Potter novel. If you wonder why famous writers may be found often in a coffee joint, read Kevin Purdy's article, Why Some of Us Get More Done at Coffee Shops.

*I'm saddened to mention that Yoga Bean has closed since the writing of this hub.

Friis 16oz Stainless Steel Coffee Vault Canister, 16-Ounce
This one is a little more pricey than the one above, but it is also equally attractive and will do the job very well.
Buy Now 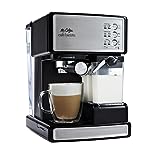 Mr. Coffee Espresso and Cappuccino Machine, Programmable Coffee Maker with Automatic Milk Frother and 15-Bar Pump, Stainless Steel
This is my next purchase item for the kitchen. Having lost my favorite cafe spot to closure, this will be a nice replacement. The reviews are favorable.
Buy Now