Do You Remember the Uncle Wiggily Game?

In the old classic board game "Uncle Wiggily", there was a character called the Pipsisewah; remember? That is actually "sort-of" of a variant spelling, for the herb Pipsissewa; pronounced Pip-siss-eh-wah.

Don't you recall, that in the game Uncle Wiggily used a cane, because he had rheumatism? Well, how appropriate then, that one of the characters in the game, is the "Pipsisewah"? It is named for an herb that was traditionally prized for its ability to help alleviate rheumatism. There's more in a name, than meets the eye, you know...

Depending on which reference tome you read, Pipsissewa is classified either in the Ericaceae family, or in the Pyrolaceae family. Respected authorities don't seem to be able to make up their minds on that one. According to my orchid-growing husband, it is common for botanical names to overlap, merge, or "out-and-out" conflict with traditional ones. Botanically, it is called Chimaphila umbellata or Chimaphila maculata. Doesn't sound familiar? Well, you may know this amazing herb as: Love-in-Winter, Rheumatism Weed, Prince's Pine, Umbellate Wintergreen, Bitter Wintergreen, Ground Ivy, Dragon's Tongue, Striped Prince's Pine, Striped Wintergreen, or Spotted Wintergreen.

Such a remarkable herb, should NOT be overlooked. In this present age of the "super-pills", we forget that modern medicine derived its "roots" - pun intended - from herbs!

I'll bet that you didn't know that Pipsissewa root is

rumored to be one of the "secret ingredients" in

the formula of a very popular cola, did you?

Allow Me to Introduce You...

To the Incredible, Edible Pipsissewa!

Despite Pipsissewa's humble, "hang-down-your-head" and "ah, shucks!" appearance, it is a king among herbs! From a Wikipedia article, we learn that Pipsissewa is a Native American Cree name meaning "It-breaks-into-small-pieces". In some of my "ancient" reference books, I read that Pipsissewa acquired that name due to its ability to break up kidney stones, and you know how hard they are! How VERY interesting...

Pipsissewa has long been valued for its cleansing properties. Unlike many herbs, the entire Pipsissewa plant can be used. In some of the old books I own, written by herbalists, they list that Pipsissewa was used by Native Americans, my ancestors, for tumors, dropsy, rheumatism, gonorrhea, dissolving kidney problems, liver disease, scurvy, skin eruptions and other skin conditions, cystic catarrh, tuberculosis, urinary obstructions, typhoid fever, coughs, and colds. That is quite a list. How efficacious it is, I don't know - but, I just love the look of it, and its name.

This is a spectacular photo of Pipsissewa "capsules". Yes, that is what they are called. To me, they are reminiscent of little turbans. Don't you think they look good enough to eat? As a matter of fact, I understand that some people do. Actually, many of us have actually ingested some Pipsissewa, because it used to be a common ingredient in "root beer". Even today, it is reputed to be one the secret ingredients in the recipe for a soda that is familiar to all!

Vascular Plants of the Gila Wilderness, presented in association with the Western New Mexico University Department of Natural Sciences.

Below, is #1 of three books we found on Amazon, that mention Pipsissewa. 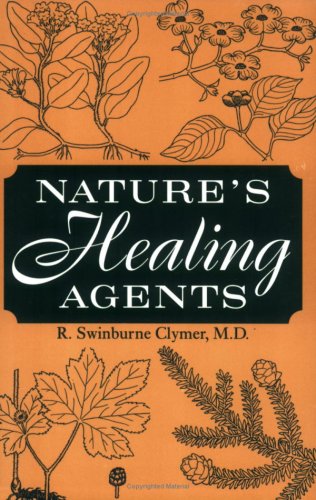 Nature's Healing Agents: The Medicines of Nature (Or the Natura System)

This enlightening book is quite a "find", especially for those who wish to make their own herbal tinctures and extracts at home. With all of the current interest in alternative medicine, and the renewal of examining time-tested old-fashioned remedies, Nature's Healing Agents should be a must for all home "do-it-yourself" individuals.

Here is another photo of Pipsissewa buds. Toward the left hand side of the photo, down a bit, you can just make out the Pipsissewa flower. It's a little bit blurry, but there it is - hanging its head down, as usual!

The entire Pipsissewa plant has such a wonderfully humble look to it, and yet it is a very important plant. Considered one of our native species, this unusual plant can be found growing in most of the states in the USA. Take a look at the map, below.

As we noted earlier, Native Americans were very familiar with it, and used it for a wide varieties of ailments. Supposedly, it is very hard to grow, so with my experience with flowers, I'm not likely to plant some any time soon!

Here is #2 of the books we found that mention Pipsissewa...

Great reading about the medicinal plants of the Southern Appalachians

Medicinal Plants of the Southern Appalachians

The only thing that Patricia Howell's informative book lacks, is the illustrations to go with the text. She expounds upon the folklore surrounding the plants, how to harvest the plants, and how to use them to make tinctures, teas, salves, and syrups.

If you have been in the Appalachians, as I have, you will know that they are simply teeming with a multitude of indigenous plants. If you read her book, you will know how to use them!

Where is Pipsissewa found? - As far as I can tell...

Where Pipsissewa Can Be Found In The United States

(If the state you live in is "blacked out" above, and you know definitively that Pipsissewa does grow there, please contact me, and I will give YOUR state a color, too!)

Finally, #3 of the books that mentioned Pipsissewa. There aren't very many, but, remember - I called it "The Forgotten Herb"! 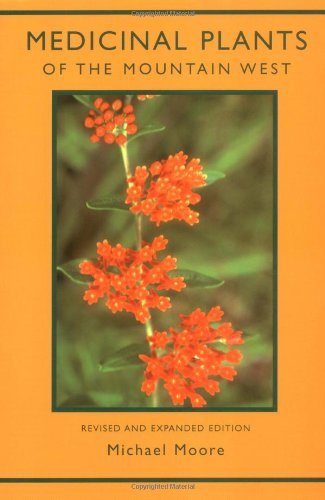 Medicinal Plants of the Mountain West

There are over 100 species of useful medicinal plants that the author covers in this exceptional book about the medicinal plants of the "mountain west", as he calls it. It is not only informative, it is entertaining, too! Dedicated to Preserving the Old Ways

This book is lovingly written, and packed full of spectacular illustrations. It is sure to please naturalists, organic gardeners, herb enthusiasts, and native wildflower lovers everywhere!

Many of our medicines have their origins in the plant kingdom, as modern science learned a lot of what they know, by observing native people utilizing herbs.

This is an exceptional book, specifically written to revive interest in some of the old herbs, that receive so little attention today.

Our ancestors didn't have a local pharmacy, or a health food store to frequent. They found their remedies for ailments in nature, and from those plants, our modern medicinals were "birthed".

Pipsissewa in an old book of mine...

From American Wildflowers, published by Hastings House in 1946, comes a reference to Pipsissewa. The book is a selection of short texts, and hand-colored lithographs taken from another book, American Wildflowers in Their Native Haunts, written by Emma C. Embury, illustrated by Edwin Whitefield, and published in 1845.

Two publishers joined forces to get the book in print, as it was one of very few books at the time on native flora. The publishers were D. Appleton & Company, New York, and George S. Appleton, Philadelphia. One of the interesting aspects of the lithographs, is that the plants are in full color, and the landscape behind them - drawn from their actual locale, is in black and white. Here is Edwin Whitefield's detailed rendering of Pipsissewa, drawn from his actual observations of the plant in Crum Elbow Point, between Hyde Park, and Poughkeepsie, NY.

The text, on the page about the Pipsissewa, says at the bottom - and I quote: "Leaves of this plant, moistened with brandy assuaged the rheumatism. Vegetable Materia Medica, 1825"

Now, I am a "tea-totaller", so I wouldn't know about THAT, but I would imagine that ANYTHING taken with brandy, would make a person forget that they ever HAD rheumatism, or any OTHER ailment, for that matter!

As I stated earlier, it is extremely hard to find a lot of information about Pipsissewa, but this renowned author includes it, in his 448 page book on wildflowers. Written by a naturalist who is credited with creating the "Peterson Identification System", it is a veritable textbook on his subject. This beautifully illustrated book is delightful on the eyes, and delivers quite an educational reading experience, covering 1,293 species of flowers. This book will keep you busy reading for hours! 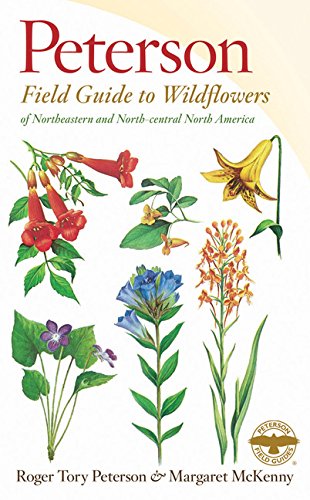 When you want accurate information, go to the experts. Roger Tory Peterson is an expert on the subject of wildflowers - period.

For those who don't know, here is what Uncle Wiggily's Pipsisewah looked like.

He is one ugly creature, isn't he? Now, you wouldn't think, by looking at him, that he was named after a remedy for ANYTHING, would you? He looks like he "ought" to be named for a disease, not a medicinal flower. Be that as it may, this is what he looked like, and he is really named after a lovely herb!

By the way, spelling really seems to be an issue, in the realm of Uncle Wiggily. Not only is the Pipsisewah spelled differently than the herb, but some folks who sell the Uncle Wiggily games, don't spell it correctly, either! If you look at several different versions, you will notice that the spelling is not consistent. Oh, well - I don't suppose anyone cares, as long as they can still play the game, and read the Uncle Wiggily books!

The Irony of Pipsissewa

Don't you find it interesting and ironical, that one of the reasons "Pipsissewa" was considered such a valuable herb, was because it reputedly helped with rheumatism

that Uncle Wiggily, who supposedly suffered from rheumatism, includes a character called the "Pipsisewah" in the Uncle Wiggily game?

What does the word "Pipsissewa" mean to you?

Links I located that portray Pipsissewa...

There are so many of you out there, who are familiar with the old, tried-and-true remedies. Have you ever heard of Pipsissewa? Does it grow near you? Do you have any recipes for making Pipsissewa tea? If you know about it - do you grow it, or use it for any specific purpose?

I'd like to hear from you, as this beautiful plant has always fascinated me, ever since I "got" the connection, between the Pipsisewah, in the Uncle Wiggily game, and the plant - Pipsissewa!

Unless otherwise specified, the images are from the author. - E. Tack