Fun facts and recipes, all about the dainty chickweed.

Chickweed is a beautiful, delicate, and tasty herb. It's less visible during the hottest months of the year, but it's a treat when it's around. One of my very favorite salad greens.

Getting acquainted with chickweed

The binomial name for chickweed is Stellaria media. Stellaria is from the Latin stella which means "star", referring to the star-shaped flower. Media means "middle" and distinguishes chickweed for smaller and larger relatives.

Chickweed is Eurasian in origin and was brought to the New World by European settlers. The English name "chickweed" refers to the fact that chickens and other birds like to eat it.

NOTE: There are several other plants that have been nicknamed "chickweed", but the term most commonly refers to our friend Stellaria media.

Chickweed likes to grow in dense, tangled mats low to the ground. It has pointed oval leaves that grow in pairs along the stem.

When broken, the chickweed stem does not exude any sap. If you have something with white sap in the stem, it's not chickweed.

Chickweed has a white flower with five petals, but each petals is so deeply notched that it looks like there are ten petals instead of five.

Chickweed videos - one from Green Deane and one from learningherbs.com

Good for salads and more

The leaves, stems, flowers, and seeds of chickweed are all edible. It has a very inviting flavor, mild and very green. It tastes like spring. Some people compare the flavor to cornsilk. It's a wonderful one to balance out some of the bitter greens you might have in your salad.

Most people agree with me that the very best way to eat chickweed is raw. It's a delicate plant that much more suited for dropping into a salad that putting in a pot of boiling water. But it can be used in soup, and it is sometimes stir-fried.

Cooking Alaskan
Features recipes for chickweed salad and steamed chickweed, as well as instructions for chickweed tea and chickweed tonic. Chickweed is known as a cold-weather plant, so it's not surprising that it would be familiar to Alaskans. Quote: ". . . lamb's quarters and chickweed, grow unbidden. You might as well eat them and pretend they're part of your plan."
Buy Now 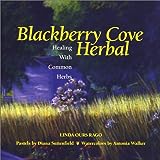 Blackberry Cove Herbal: Healing with Common Herbs
Mentions some interesting folk wisdom about chickweed, including looking at chickweed flowers to determine the probability of rain. Quote: "The more common names an herb can claim, the more useful the plant has been to us, and chickweed is the perfect example. You may hear it called any one of these: satinflower, birdseed, tongue grass, white bird's eye, adder's mouth, winterweed, stitchwort, skirt buttons, chick wittles, starwort, or chickenweed."
Buy Now

So far I have only found one mythological reference to chickweed.

The Ainu people are an indigenous tribe located in a part of Japan. According to Ainu mythology, the first humans had bodies made of earth, hair made of chickweed, and spines made of willow sticks. (Source: New World Encyclopedia)

I think of chickweed as a nutritional food, but it also has popularity as a medicinal herb.

It is often used as a remedy to promote wound healing. It's frequently made into ointments and salves for topical use.

Chickweed is also mildly diuretic and considered cleansing to the urinary tract.

Healing Wise (4) (Wise Woman Herbal)
This book by Susun Weed focuses in depth on just seven weeds, and chickweed is one of them. Lots of detailed information about the nutritional components and health benefits of chickweed.
Buy Now 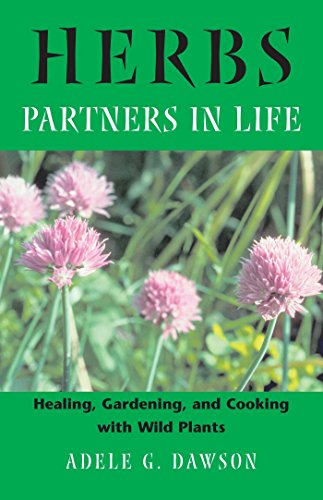 Herbs: Partners in Life: Healing, Gardening, and Cooking with Wild Plants
Dawson's book talks about a relationship between herbs and astrology and says that chickweed is at its best when the Moon rules (whatever that means).
Buy Now