Information, recipes and fun, all related to the lovely dandelion.

Dandelions are one of the world's most famous weeds. To a lot of people, in fact, they are the poster girl for all weeds. While they are the targets of wrath from many, they are also useful edible plants, one of the favorites of wild food foragers.

Let's get to know dandelions a little better.

Getting acquainted with dandelion

The binomial name for dandelion is Taraxacum officinale. There is dispute about the meaning of the Latin word Taraxacum. A common belief is that it is derived from the Greek words taraxos ("disorder") and akos ("remedy"), referring to the medicinal qualities of the plant.

The term officinale is frequently used in botanical Latin to denote plants that are used in medical practice.

The English name "dandelion" comes from the French phrase dent de lion ("lion's tooth"), probably a reference to the jagged, toothed shape of the leaves.

Dandelions were originally brought to the Americas by the Colonists who used it as a garden vegetable.

The most prominent feature of the dandelion, of course, is the yellow flower.

Dandelion leaves form a beautiful rosette at the base of the plant.

When the flower goes to seed, it transforms into the puffball beloved by children everywhere.

Dandelion has a hollow stem. Both stem and leaves exude a sticky white sap when broken.

Learning to recognize dandelion leaves on their own is helpful in foraging because the leaves are the least bitter when they're picked before the plant flowers.

How is dandelion different from sow thistle?

There are other wild plants that have flowers that look just like the dandelion flower. One that we have a lot of here in Los Angeles is the sow thistle (Sonchus oleraceus). Sow thistle is a close relative and a wonderful edible weed in its own right, but it's not the same species as dandelion. Here's how to tell them apart:

One is a foraging video from Dean Greene's "Eat the Weeds" series, the other is a cooking video about dandelion fritters.

One of the great things about edible weeds is that they are organic -- we hope! Make sure that you gather your wild edibles from areas that are NOT sprayed with pesticides!

Way cool! Dandelion greens have their own page of nutrition facts at NutritionData.com!

Quoting directly from them: "This food is low in Saturated Fat, and very low in Cholesterol. It is also a good source of Folate, Magnesium, Phosphorus and Copper, and a very good source of Dietary Fiber, Vitamin A, Vitamin C, Vitamin E (Alpha Tocopherol), Vitamin K, Thiamin, Riboflavin, Vitamin B6, Calcium, Iron, Potassium and Manganese."

The flowers, leaves, and roots of the dandelion are all edible.

I like both the leaves and the flowers as a part of salads. I have also eaten dandelion/sow thistle flowers in pasta and put them in vinegar.

Dandelion leaves are best if you pick them before the plant flowers! The older the leaves get, the more bitterness they have. Older leaves are still good to eat, but they're better cooked to remove some of the bitter taste. Young leaves are best for salads.

The flowers are fun to eat straight out of hand, too, if you pick off the green base of the flower first.

There are tons of dandelion recipes on the internet! Here are a few examples:

And there's a bunch more. Explore!

Cookbooks that include dandelion recipes 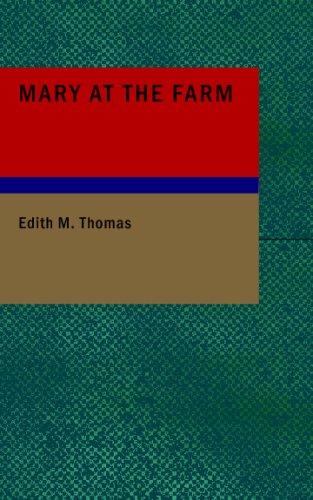 Mary at the Farm: and Book of Recipes Compiled during Her Visit among the "Pennsylvania Germans"
Includes recipes for dandelion wine and German dressing to use on dandelion greens.
Buy Now 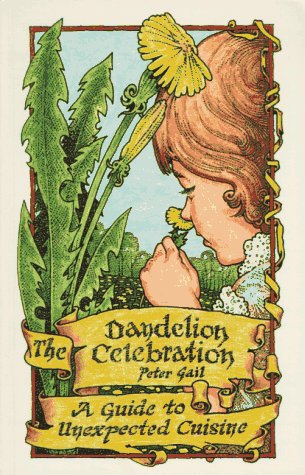 The Dandelion Celebration: A Guide to Unexpected Cuisine
A reviewer at Amazon said, "more recipes than I could try in a year . . ." It appears to be out of print and only available through third parties.
Buy Now

Many superstitions and folklore revolve around dandelions. The blossoms were woven into wedding bouquets to bring good luck to the newlyweds, and dreams about dandelions were said to represent a happy marriage.

The most common focus of dandelion superstitions involved the flowers after they have gone to seed. Blowing on a seed head could tell you whether your lover was true to you, how many years you had left to live, or how many children you would have.

The best-known superstition is that if you can blow all of the seeds off the dandelion in one blow, you will be granted a wish.

The seeds, of course, float through the air and find new landing spots, where they germinate quickly. Knowing this, I have figured out how to always get my wish granted -- I just wish for more dandelions to grow. When I blow, I'm making my wish come true.

Dandelions have a long history of medicinal use. The first written mention of this is in Arabian medical texts of the 10th and 11th centuries.

Dandelion is known for its diuretic properties. The French word for dandelion is pissenlit which means "pee in bed". Because of the plant's high potassium content, it doesn't have the potassium-depleting side effect that is common with many diuretic drugs.

Dandelion is highly esteemed as a remedy for liver problems. It is also recommended for treatment of urinary, kidney, and digestive disorders.

The white sap of the dandelion stem is believed to be healing to the skin. 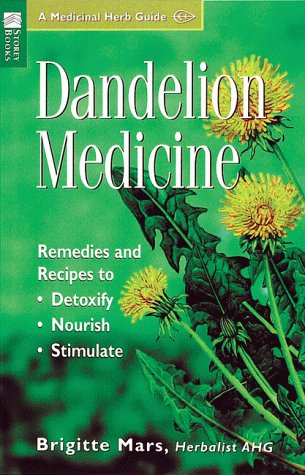