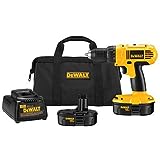 DEWALT DC970K-2 18-Volt Compact Drill/Driver Kit
This is very similar to the model I bought; the only real difference is it’s more compact so that you can use it in areas which would be too small to get other power tools in.
Buy Now

My Personal Reviews and Recommendations

DeWalt power tools are very popular with many good reviews and favoured by many DIY enthusiasts and professionals alike.

I for one in recent years have come to know and trust these tools and accessories as a mark of quality and, with few exceptions, when replacing an old power tool of my own will put this Make at the top of my list.

In this review article I make my recommendations for a choice selection of these power tools and accessories based on my own knowledge and experiences.

The two I currently own and frequently use is an 18v cordless drill come screwdriver and a durable jig saw which runs from the mains, but having seen the power and reliability of today's batteries would next time buy a cordless version.

A Demonstration of my DeWalt Jig Saw in Action

This short video above shows me hewing some pine floorboards with my DeWalt jig saw to make 17th century style shelving. 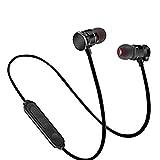 One of the most fundamental and most used of all electric power tools is the drill. From my early days of DIY many years ago I’ve always owned and used a good electric hammer drill with a plug that works from the mains. That’s fine as long as the electric is on and if working outside you have an extension cable long enough. The problems comes if you don’t have access to the mains power and carting an extension cable around as well as the drill at best is an inconvenience and at times can be a real pain; especially when you’re lugging a load of other tools with you.

Both my friends who are into DIY had cordless drills, one a retired builder with a Cordless DeWalt and another DIY enthusiast the proud owner of a Makita and when I helped them with their DIY projects the advantages of cordless drills was so blatantly obvious; so much so that it was obvious that I needed to upgrade to cordless.

Good electric drills are not cheap so I spent ages researching the DeWalt, Makita and other cordless drills before making an informed decision. Although there are a lot of good ‘Makes’ of Cordless Power Drills, after carefully comparing all the specs., and reviews (especially independent user reviews) on balance I ultimately decided to opt for the DeWalt as my favoured choice. 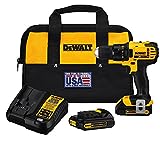 DEWALT 20V MAX Cordless Drill / Driver Kit, Compact, 1/2-Inch (DCD780C2)
An impressive 20 Volt cordless drill and screwdriver which includes two 20 volt batteries, a 30 minute fast charger, a belt holder, bit holder and a strong storage carry case; a popular model with good reviews. I purchased the bit holder separately for my drill and its brill; it holds the screw for you so that you don't have to fiddle about trying to hold it in one hand while trying to operate the screwdriver with the other.
Buy Now

Having decided on DeWalt my next decision to make was which DeWalt Model I should go for as there are plenty of DeWalt Models to choose from and often the differences between models can be quite minor. In this respect the first choice was to ensure any cordless drill I opted for included the ‘hammer drill’ option; anyone who has tried drilling through brickwork with a hammer drill will know what I mean. Then my main decision was whether to opt for the 12 volt or 18 volt cordless drill. At the time the 18 volt versions were considerably more expensive than their 12 volt counterparts so it needed careful consideration. On comparing the specifications and reviews the 18 volt version became a clear choice in that extra power means extra torque which can be especially useful for large and stubborn screws and sometimes when drilling through tough material.

So on this bases I opted for and purchased the 18 volt cordless drill which has since served me well, it has given me excellence performance with no problems or issues and has exceeded all my expectations; particularly in battery performance and the versatility of the screw driving facility.

First the batteries, I’m no expert on batteries but the older NiCad battery types my friends have (having older drills) do slowly drain when not in use and to prolong their life need a complete discharge from time to time and do last longer if fully discharged before recharging. Whereas the new Li-ion is brilliant, it doesn’t discharge when not in use so when I leave the drill stored away over winter I can confidently pick it up in the spring for my first DIY project of the year knowing that it has power. It also means the spare battery already charged will work at a moment’s notice when needed; and when I do replace the battery the one I’ve just taken out of the drill goes straight on charge and within the hour will be fully charged for when next needed. And unlike the old batteries these batteries don’t need to be fully discharged, they can be safely topped up at any time if need be.

As regards screw driving this cordless drill has saved me hours. Previously I did all my screws by hand, which can be laborious, hard work and very time consuming; even with a ratchet screwdriver. I was given a rechargeable battery operated screwdriver years ago, with the battery built into the handle, but the battery discharged quickly, needed to be charged before each use and wasn’t very powerful; so I invariably ended up doing it by hand anyway. However, with this DeWalt drill, just a quick twist of the chuck to change bits e.g. from drill bit for pilot hole to screwdriver bit and you’re ready to roll. There is a switch at the top to change from drill to screwdriver setting (which is a good habit to get into) but if you forget it doesn’t really matter it will still act as a screwdriver. And for reversing e.g. to undo a screw, you just press the black button on the side; so the whole operation is incredibly easy.

I do have a good ‘Stanley’ hand ratchet screwdriver which I keep in my toolbox and on occasions will use it for quick jobs e.g. the odd screw or two, and it uses the same screwdriver bits as the cordless drill (which is handy) but in the main I mostly use the DeWalt for most screw jobs. 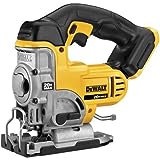 DEWALT 20V Max Jig Saw, Tool Only (DCS331B),Yellow
20 volt cordless jig saw with keyless blade change, the battery is a little more powerful than the usual 18 volts tools by DeWalt so if you have any of their other powered tools the battery may not be interchangeable with them; other than going by the reviews it looks a good buy.
Buy Now

Cordless or Corded is a matter of Personal Preference

At about the same time as I bought the cordless DeWalt drill I also replaced my old jig saw, which had seen better days; and as with the cordless drill, after researching the web for independent reviews and user reviews and comparing the specifications I opted for DeWalt as a good reliable and durable jig saw.

This time however, I was happy to settle for a cabled jig saw with plug simply because unlike the drill which gets used wherever the DIY job is the jig saw predominantly gets used in the DIY workshop so I don’t need to lug cable extensions around every time I want to use it; on the odd occasion where I might use the jig saw other than in the shed as it’s only occasionally it’s not an issue.

The only real advantage in using a cordless jig saw would be safety in that there is no cable to accidentally cut through with the blade; although I always make a point of ensuring the cable is behind me when using the electric jig saw, so as long as you put safety first this shouldn’t be an issue.

Therefore whether you opt for a corded or cordless jig saw is personal preference; either way with a DeWalt jig saw you have a power tool of quality that will give good performance. Other than that there’s not really much else to say about jig saws except for the importance of buying quality blades and using the right blade for the job e.g. metal, wood, plastic etc.

The DeWalt jig saw is well balanced and comfortable to hold, and with the right blade for the job, provided you don’t force it and let it cut at its own pace, almost guarantees a good cut every time.

What to do With Old Power Drills if They Still Work

What to do with your old drills if they are still in good working order; one option being to make a bespoke Jig to give it a new lease of life.

Since purchasing the DeWalt Cordless drill I haven't touched my old electric corded plug drill but it's too good to throw away so I've got in the back of my mind to make a bespoke jig for it and have it fixed in my home DIY workshop for a dedicated function.

The obvious choice would be a fixed bench drill but I already have one of those so perhaps mounted on its side and fitted with some polishing, grinding or cutting attachment. It's something I'll need to think about for a future project; although any suggestions would be gratefully appreciated in the comments at the bottom of the page.

What happened to all the old power drills?

What do you do with your old power drill when replaced?