A Smart Way To Buy Furniture ~ From Hotel Liquidation Stores

You Can Get Great Furniture Deals At Hotel Liquidators!

This Video Gives You An Idea Of What You Can Find!

Hotel Liquidation Stores Are Found All Over The Country, But Especially In Tourist Towns With Lots Of Hotels

One thing I have learned since moving to Las Vegas is that you can furnish a home VERY inexpensively here, if you are a savvy shopper. Sure, you can use the usual outlets to save money like Goodwill stores, Salvation Army stores, or even by shopping on Craigslist. But here in Las Vegas, and in many other cities that are home to a wide variety of hotels, you can also shop at Hotel Furniture liquidators. These are companies that receive BULK amounts of furniture from the many hotels and vacation time-share properties, furniture that is VERY gently used in many cases, and then they offer it to the general public for practically a STEAL!

No, you're not actually going to be stealing anything, but you will find that it is possible to get excellent deals on very clean, gently used furniture that is sometimes surprisingly in FANTASTIC condition at extraordinary and unbelievable prices! We have found that this is absolutely our new FAVORITE way to buy furniture!

When we moved here, my husband came here first to begin his new job and he stayed in temporary lodging, until he was able to find a great deal on a home for us. He found a great deal on a condo, but moved in with virtually NOTHING to use for furniture! Most of our furniture was back in Wisconsin, where I was still living. I sold a lot of our furniture there once we found out how cheaply we could furnish a home here, simply by shopping at hotel furniture liquidators.

The main goal of hotel liquidator businesses, since they receive furniture in massive amounts, is to sell it QUICKLY to get rid of it at deeply discounted prices. And we have found that they are highly motivated to do this. A highly motivated seller is going to offer great prices, almost guaranteed.

Since we only have two bedrooms in our home here, we are using one of the bedrooms as an office for most of the year. But when we do occasionally have a visitor, it is nice to have a bed as an option for someone to stay with us if they want to. We were able to find a full-size sofa bed that we use most of the time as a sofa (loveseat size) in that extra room. But when we DO have a guest or two, we can pull it out and use that room as a bedroom. It works really well!

The sofa bed that we were able to get from a place right here in Las Vegas called "HotelFurniture.com" was actually from a Hilton Grand Vacations time-share property. The rooms in the Hilton Grand Vacations time-shares already had regular bedroom furniture in them, and the sofa bed was merely an option in case there were too many people staying in the room. The option was there to allow two more people to sleep in the room by pulling out the sofa bed for them. When we bought this particular sofa bed, it looked brand new, and we really believe it may have never been used, it may have simply served as an extra couch in the Hilton room.

We looked into new sofa beds, and found that most of them went for about $500, we got this one for $100. We haven't bought a lot from the hotel furniture outlet, just because we didn't know about it until we had already picked up most of our other furniture. For anyone moving to a town that is also a tourist destination, like Las Vegas is, I would advise checking to see if there is a hotel furniture liquidation store nearby. You will save money on furniture by buying it there!

There are things from hotel furniture that I would definitely be hesitant about buying. Maybe that's just me. I would hesitate to buy mattresses there. I would pick up headboards and frames, but I most likely would not buy mattresses there. Another thing they sell is blankets, quilts and pillows, which I would hesitate to buy. Things like bedbugs are a concern for me, but like I said, maybe that's just me!

This place has SO much furniture to choose from, you don't know where to begin when you walk in! You can choose from chairs, living room sets, dining room sets, bedroom sets, a great variety of tables, lamps, pictures and other artwork ~ anything you would find in a hotel room is there.

They even sell microwaves, small refrigerators and televisions, but we have never bought those there either. We did buy the extra sofa bed and some nightstands for our bedroom there, and they have worked great so far, at just a fraction of the price of new furniture. The nightstands we picked up were only $30 each ,and that is for three-drawer nightstands that I've seen elsewhere for almost $300 each!

You might be thinking, that's fine if you live in a tourist destination like Las Vegas, but they probably won't have a hotel liquidation stores near me. I have actually looked on the internet and found similar hotel liquidation places in Michigan, Minneapolis, the East coast of the U.S. and some other pretty unexpected places. There is also one in Van Nuys, California! And I'd be willing to bet there are some in Florida with all of the hotels there.

It really does pay to search for these hotel liquidation places to find great deals on furniture! Some things might be more "used" looking and you may want to pass on them, but with a little patience and persistence, you really can find some great deals!

Hotels are notorious for completely changing out their furniture from time to time. And it isn't because the furniture is worn out in any way. Usually it is just that they want to have an updated look for the hotel in order to attract more tourists. And in the case of televisions and appliances, newer models come out before the old ones are even used very much, so you can find some fairly new, great condition, working appliances as well.

BARGAINS AT THE SAHARA HOTEL...

When I had first moved to Las Vegas, one of the most famous "strip" hotels was going out of business, the Sahara Hotel. There are plans now by the new owner to remodel it and make it into an entirely new hotel. It is going to be called SLS, and it is slated to open in fall of 2014.

At the time, the Sahara hotel was having a hotel liquidation sale, and we were able to pick up some FANTASTIC deals! The sale went on for several months, and not only was it fun to pick out some new chairs, a stool, a pretty picture for our bathroom and some lamps, it was also fun just to walk through the old Sahara hotel, where so much history happened over the years.

It turns out that some of the regular residents of the hotel were the Beatles whenever they were appearing in Las Vegas! In fact, there was a room there referred to as "the Beatles Suite." Room 2344 was the room, and everyone shopping the liquidation sale was able to go through the room and buy things!

The furniture in this room was VERY retro looking, like it came straight out of the 1960s! It was pretty, but also featured some pretty WILD (psychedelic even?) colors, hearkening back to the 1960s. Chairs in orange, red and purple were the norm in this room. In one room, however, we found a fantastic deal!

In the bathroom of the Beatles Suite was a pretty picture of a beautiful red flower. Several people had tried to take this picture off the wall so they could buy it, but no one succeeded. Along we came, and my husband who is very mechanically inclined was able to figure out the VERY unique hardware that they had used to hang this picture on the wall. They probably used difficult hardware so people staying in the hotel wouldn't take the pictures off of the walls!

He was able to get the picture down and they sold it to us for $20. Like I said, you get a "steal" in some of these places, but the real "steal" could just be the story behind the hotel furnishings that you are able to pick up! If only this picture could talk, the amazing stories it could tell from all the time it was hanging in the Beatles suite at the Sahara Hotel!

So, in our downstairs bathroom of our Las Vegas condo is a picture that came from the famous "Beatles Suite". We just think it's a pretty picture, and we're happy to have it. In one of the pictures in this hub is the doorway belonging to the "Beatles Suite" at the Sahara Hotel. When we visited this room, someone had actually TAKEN the sign pictured here that says that the Beatles stayed there! People shopping at the old Sahara hotel liquidation sale were actually taking (and paying for, of course) anything that wasn't "nailed down!"

I'm sure the new SLS hotel that eventually goes into this property will be very nice. But the history that was still resonating in that old Sahara hotel on the strip here in Las Vegas...amazing. It was even said that Elvis had two rooms in the Penthouse of this hotel and we were able to go through those penthouse rooms, too.

When we went through them, they were pretty well empty, cleaned out. We didn't get anything out of the Elvis suite. That marble bathtub would have been way TOO heavy to take, although it DID have a sign on it saying it was for sale, but you had to have your own way to get it OUT of the room! I DO remember reading that they did eventually sell it!

Shopping for furniture at hotel liquidation stores, and even in hotels that are going out of business can be a fantastic way to furnish a home, and it's fun to just imagine the history behind some of those furnishings!

Happy Shopping! Hope you have as much success as we did! 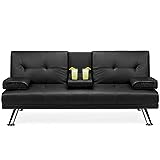