As per observations in the first quarter of the year 2016, Forbes magazine reported that the aggregate wealth of 20 of the richest men in the world dropped by a whopping 70 billion dollars. Seven of the wealthiest men are listed below. Bill Gates, Microsoft ($75bn) maintained the first position on the list. It seems like Microsoft continues to do well despite the shaky currency markets, falling oil prices and a drastic drop in share prices as stock markets experienced an unprecedented tumble. Gates was followed by Amancio Ortega (Zara Fashion $67bn), In third place came Warren Buffet ($60.8bn), then Carlos Slim Helu ($50bn). Helu, the Telecom mogul was followed by Amazon's Jeff Bezos ($45.2bn), Facebook's Mark Zuckerberg ($44.6bn) came in sixth in rank. In the seventh position came Oracle's Larry Ellison with $43.6bn.

According to available statistics, a majority of the wealthy men shifted downwards with very few climbing upwards as fortunes changed hands.

Sources also report that only 5 of the total number of world billionaires remain single and unmarried, therefore, most eligible. It seems like money loves family. Ladies and gentlemen, you are free to send your proposals. Who wouldn't like to marry a billionaire?

Up for grabs, lies a piece of sandy beach in California by the name Carbon Beach, where these billionaires scramble to pay $200,000 for each square foot of sand. The sand here seems to provide the much-needed comfort, solace and tranquility instead of lush greenery as preferred by many ordinary investors.

Most of the wealth gotten by these billionaires spans across a wide range of economic fields such as technology, manufacturing, oil, real estate, minerals and sometimes, industrial or monopolistic ventures. It seems like no boundaries exist as to where the money will come from, so long as the investment is profitable.

After discovering the amount of money generated by teams in various sporting activities, many billionaires have started targeting teams as cash cows. The richest man in the world often buys with a view to reaping big from the purchase. There are of course those who have a higher propensity to purchase for leisure, a streak that commoners view as bordering on extravagance.

Notable expenditures registered among the rich include the following items among many others:

How billionaires spend their money

Fred Deluca ($2.6 billion) owns Subway restaurants in the USA. He is aged 65. Fred borrowed $1,000 from his family and friends to start a submarine sandwich shop in Connecticut. Out of this venture came up the world's largest chain of restaurants opportunely named "Subway", generating a revenue of $18.1 billion by the year 2012. Although Subway doesn't own a single location, it gathers 8% of franchise revenue from each outlet. A brilliant way of making a continuous flow of cash after mooting a business idea. who would ever imagine people would want a bite in the busy subway? So long as men and women carry empty stomachs, food will always find a ready market in response to the laws of demand and supply.

The Stuff Billionaires of this World are made of

With so much money in their bank accounts, one cannot help wondering how some of this money is spent. A brief research restricted to five items reveals some habits that are worth noting. While a few billionaires prefer to live a simple life, others over-extend themselves. I observed that quite a bit of their money goes into at least five of the items listed below:

There has been a tendency among the richest men in the world, to target prime property in real estate, which drives the value of land very high, making some regions expensive to common citizens. The Wall Street Journal reports that most wealthy men and women prefer to own more than two places they can call home. The more an individual owns such homes, the better and more secure they feel. The Vancouver Ethiopian Blog reports that Bill Gates lives in a large 66, 000 square feet of a mansion while Carlos Helu has maintained a modest abode for four decades without shifting.

The wealthy seem to have strong ties to good health and their own general well being. Talk of loving yourself. A lot of money is spent in hotel events, treatment sports, health spas and holiday resorts where they recuperate in seclusion and far away from public scrutiny.

How To Make Money FAST as a Teenager

The richest man in the world also loves traveling in style. The choice extends from helicopters to fast sports cars. Larry Ellison loves spending on cars. One car that is selling very well in these high echelons is the Bugatti Veyron. The Bugatti Veyron, which is custom made for buyers by Bugatti Automobiles and Volkswagen Group – the parent company, is the most expensive car in the modern world whose cost is $1,600,000. It's Super Sports version can attain a top speed of 431.07 kilometers per hour and costs $2,500,000. The second most popular car among the affluent is the Dodge Viper.

The latest Dodge (Viper Competition Coupe) can only be built and purchased directly from Chrysler, is the most expensive best-selling car in the world going at U.S$155,000 has an engine capacity of 6200 cubic centimeters and hence a very high consumer of fuel which enables it to attain a very high speed.

The Bugatti Veyron, which is custom made for buyers by Bugatti Automobiles and Volkswagen Group – the parent company, is the most expensive car in the modern world whose cost is $1,600,000. It's SuperSport version can attain a top speed of 431.07 kilometers per hour and costs $2,500,000.

The second most popular car among the affluent is the Dodge Viper. The latest Dodge (Viper Competition Coupe) can only be built and purchased directly from Chrysler, is the most expensive best-selling car in the world going at U.S$155,000 has an engine capacity of 6200 cubic centimeters and hence a very high consumer of fuel which enables it to attain a very high speed.

The Most Expensive Mobile Phone - The GoldVish Le Million

The list of exotic phones in a rich man’s taste is long. Some rare odd ones include the most expensive mobile phone in the world, the GoldVish Le Million. The phone is studded with 1800 diamonds equivalent to 120 karats and 18 karat gold sells at a whopping US$1.45m. One would be forgiven to ask, “Is it the phone they buy or the jewels on it? 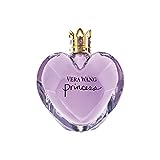 The variety of perfumes is also not lacking with strange ones like Clive Christian coming in 10-ounce bottles with lids made of diamond and sells at US$215,000. It is known to be produced and sold in small quantities only to the affluent.

A large chunk of money goes to rare art, clothing, watches and jewelry.

They are an ignorant lot that would rather someone else open their mail and pay bills for them, for they don’t have the time or the patience to do these simple tasks. They prefer hiring a professional financial adviser. This, however, opens them up to manipulation by “faithful” servants. How would you spend the money if you had such wealth on your hands? 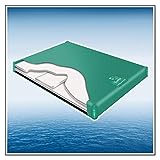 Classy furniture is highly preferred in an attempt to remain above others of the same class. Most of the fittings are made in situ to ensure they resemble no other that might wish to compete. A few billionaires have been known to buy an item today at a high price only to dispose it off cheaply tomorrow.

Kindly respond to the following question

How would you spend the money if you had such wealth in your hands?