Investing in a Recession Depression

Investing in a recession is quite different than investing in a depression. With the Great Recession behind us, but still without a full recovery, we do not know which way the economy will be going. Investing in a recession requires an eye toward future recovery. Indeed recession investing presupposes inflation or reflation down the line, and requires that a person consider gold, or stocks that may benefit from a pickup in business. But we are finding that even recovery is accompanied by low inflation.

However, investing in a depression is very different. In a depression, cash is king, because the value of your dollar will skyrocket as fewer dollars circulate. There is some lack of circulation because of the credit crisis even now. If it gets worse we could come back to the cash is king scenario.

Investing is pretty simple. I am not a certified planner and I do not expect you to take my advice, as I am not offering advice. However, since we don't have a crystal ball, investing becomes quite difficult. How about a few examples.

Buying a house in an environment of low interest rates in the middle of a credit crisis is a bad idea. On the surface it seems to be a good idea. However that is true only if you know you can stay in the house for years and years. As deflation continues, the price could go down. If you buy and the economy is artificially stimulated, and an inflation occurs, you may have to sell into higher interest rates (caused by the need to fight inflation) and your house price could go down then as well!!

With the currency being put at risk by Bush's recklessness and by Obama's need to jumpstart the economy, buying a long term project becomes very risky.

Another example is the purchase of corporate bonds and stocks. If we have a depression, and the economy really declines, and even the best businesses are over leveraged, they may not be able to meet their financial obligations to bondholders. Of course we have already seen fear grip the stock market and 40 percent declines in stocks.

I have tried to put a list of the best hubs together on personal finance. I hope you find them helpful. Please note that I may not agree with all the views put forth, but bookmark this site as a study guide that could prove valuable to you.

I don't agree that our greatest risk is hyperinflation. It is a risk, and I have a hub dealing with that. But deflation is the greatest risk, now, in my opinion, especially with the issues surrounding Foreclosuregate.

What If The Banking System Fails?

Many fringe economists do not want the banks to succeed because they believe that the credit system is ever more thirsty and more destructive of the free market system. While I greatly sympathize with them, I don't know what the world would look like with precious little credit available to people. I don't mean short term as is happening now, but long term when it would be even worse.

The good things that would happen would be that things could be accurately priced. As it is now, nothing is accurately priced because easy credit has pushed up values to artificial levels. That includes houses, cars, and many other products, though not all products.

The bad thing is that we would have to let other nations produce most of what we use, even to a greater degree than is occurring at present. In order to keep our sovereignty, it will be necessary for America to make things, not just sell each other insurance and real estate. So all we can do is to wait and see how things will unfold. I will try to keep you posted.

One important thing to consider is that failure of the banking system could lead to more savings and more individual freedom and ultimately, a better real economy. However, no one knows what lies between here and there.

If the government is going to bail out the system, I would think that they are not spending enough. Yet, they cannot spend more because we are already in debt. People have no idea what havoc George Bush and Alan Greenspan dumped upon us. Liar loans make it difficult for us to attempt a proper and successful stimulus because, unlike in the Great Depression in the 30's, we are broke at the highest levels.

It is my view that the banks must make loans for people to make things, but that this emphasis on real estate, loans gone wild for consumption, is just misplaced. Homes are still way too expensive and any reflation in this sector is just misguided and will lead to a major misallocation of capital. Indeed the focus on housing is an attempt to put humpty dumpty back together instead of building an economy that is sound.

Banks have attacked the middle class by toxic loans and lies about the ability to refinance later. They must stop doing that and coming up with new ways to screw the middle class, because they are the ones undermining the financial system. They are killing the golden goose, the middle class of the United States.

Just remember that Andrew Jackson and the true sons of the revolution would have cut the balls off of the current crop of bankers and central bankers of the world. But now they have us under their thumbs unless we choose not to cooperate.

Investing in Gold on Amazon 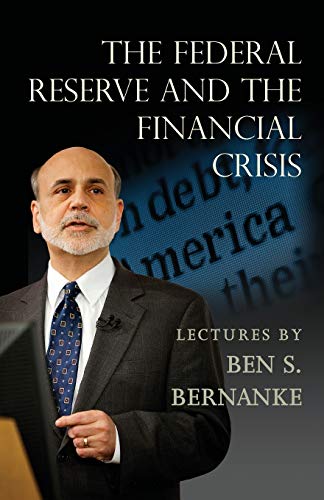 The Federal Reserve and the Financial Crisis
Buy Now

Cash Is King in Credit Crunch

The Truth About Inflation
Buy Now

How Easy Is It To Sell Gold and Silver?