How to Identify and Avoid Job Scams

Nowadays, scams are just as prevalent as they always have been. But what makes the situation worse is that there are more and more people who are desperate who end up being lured in and taken for a ride. Unemployment in South Africa for example is at 25.5% – that’s just over a quarter of the entire population without jobs; 1 in 4 people; 4.6 million people. People who want nothing more to provide for themselves and their families will end up getting scammed out of what little they have by some parasite.

Looking through the classifieds for jobs is a risky business, because at one point it was revealed that about 80% of what you see is nothing more than scams set up by some conmen looking to make some easy money.

How to identify a scam while looking at job postings

The title or information is too vague

The position looking to be filled must be prominently displayed. If it doesn’t show what exactly your role will be in this venture or business, be careful. Also, if the title looks to be made up, also avoid having anything to do with the job offer. Call the company advertising the vacancy to see that they are actually advertising that position.

If the name of a person appears in an ad, take note. It might appear as something unusual. If you phone someone, perhaps ask them their name just to throw them a curve-ball. If they hesitate or hang up, then this is what you should do as well: just hang up. Because scammers often use aliases and not their real names, and they might even run several different scams all at the same time. They might even reveal their real name by mistake. If the name of the person you are speaking to is different from the name in the ad, then beware.

It’s like they say: “Liars ought to have good memories.” Have a look at the phone number. A mobile phone number was once a lot more dangerous than it is now. This is because years ago you weren’t forced to register the number. Now you are, at least in South Africa, under the RICA act passed a few years ago. Scammers in the past could just use a SIM card, and then discard it once it had served its purpose and get a new one, not even having to bother with registration.

That same number might appear several times, all in different ads. Be careful if the number is the same, but the name is different. That’s a scammer using more than one alias.

All in all, a landline number is probably preferable to a mobile number. You can look this number up online, or check the number with the corresponding listing in the Yellow Pages.

It helps if a business has a website that you can visit to get a better view of what they’re about. The URL should have something to do with the company being advertised. It also helps if they have paid for web hosting and aren’t running their site on a free blogging platform. These are the marks of a professional business.

URLs will usually end in .com, .net or something similar if they belong to businesses. .org Is a non profit organisation, .edu.com will more than likely have something to do with education, and .gov is a government website of sorts. .info Is one to avoid, generally speaking, as it is used by spammers or scammers. I've observed plenty of links to sites ending in .info on tumblr, used by spammers. You might also want to avoid sites based in some obscure countries. Misspelled words and numbers in the URL could also mean trouble.

You can use tools online to see where a website was set up and who owns it, who is the domain name host and the web hosting company. You can see what other domains and websites the registrant might own, and by his or her profile you can tell whether they’re genuine or out for your money.

4) Not asking for, or even mentioning interview.

7) Asking for photos of you. You shouldn't have to provide any.

8) Likely a made up company name (if one exists, it's purely by coincidence or they're posing as another company); no business address provided; P.O.Box.

10) Potentially made up phone number (if one exists, it's purely by coincidence). 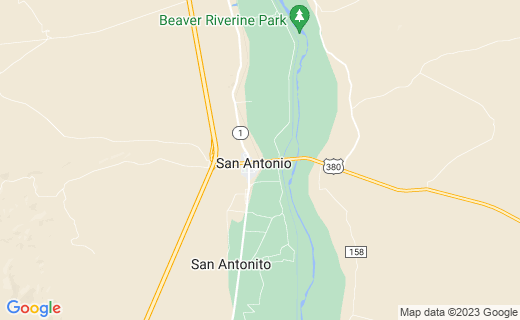 A person might pose as another person or company in an ad. Also make sure any numbers, websites, or other details correspond with what is displayed in the ad.

Check to see if there is a business name, and look it up in the Yellow Pages. Also look it up online. Don’t only visit the website belonging to the company, but Google it to see what comes up. Ascertain how long they’ve been around. If it’s been in existence for more than a few months, preferably a few years, it’s more likely that it’s legitimate.

See if there are social networking presences for the company or any mention of the company. Someone online might have had a bad experience with the company and has let other people know about it.

Look for a business address, and then maybe drive or walk past it one day and evaluate it from the outside. If you can have a closer look or even go inside, maybe even get a tour, that’s even better, although you’ll probably be asked what you’re doing on the premises if you don’t have an appointment of some sort. You could even use Google Earth. If the business has been in a location for a time, it will appear here and you can have a look at the outside, maybe even from different angles. If it's a new business however, then it might not crop up.

The Con: How Scams Work, Why You're Vulnerable, and How to Protect Yourself
Buy Now

Some ads might stipulate that you should arrive at a place to meet with a group or be taken to a place of employment by carpool or taxi. Or upon speaking to the person who placed the ad, they might ask you to do this.

If you decide to have anything to do with the business or person offering work, then take your own transport. Don’t get in to any other vehicle. This way you can drive to the business address or location stipulated for the interview and drive home afterwards. I’ve read of some terrible events, such as one which involved people who all boarded a taxi along with other would-be employees, only to all be mugged and stripped of their possessions, and dumped in the middle of nowhere.

You shouldn’t have to pay upfront in order to get a job. The usual process involves you answering a job ad, sending your CV and covering letter by email or fax, pitching up for an interview, and if you get the job, then you will be paid a salary for working for that company.

Paying upfront for training or a placement fee should send alarm bells ringing for anyone who knows the general process of getting a job. Don’t ever write cheques or give over your banking details to anyone you aren’t familiar with.

Some people in these job ads ask for photos along with your CV. Don’t send any photos via the internet. And certainly don’t provide any other details such as your ID or Social Security number, or your home address. This can lead to identity theft and fraud.

Watch out for spelling, grammar, and punctuation mistakes in job ads. It not only indicates a lack of professionalism, but also betrays a scam artist’s potential lack of education, and that they are of foreign extraction, which might be dangerous.

How to avoid falling for scams

Firstly, be very careful when answering ads in the local newspaper. The newspapers, a lot of the time, don’t bother to go through the ads and filter out the bad ones. Why? Because people pay money to place those ads, so as long as they’re paying, the newspapers are happy. In some ways, the newspapers indirectly help these scam artists promote their fake business opportunities.

Look at the ad, and question everything. Look for the details.

You’re better off going to a website like OLX (formerly kalahariads), which allows people to place ads for free, and so there’s no monetary incentive on their part, unlike the newspapers. There’s therefore less chance of coming across a scam here, but I wouldn’t say it’s impossible. I have heard good things about the service and that they do review ads to see that nobody tries anything illegal through their service.

If you’re serious about getting a job, then you should apply to join an employment agency. You pay a yearly fee to have a profile with the agency, and then a company looking to fill a position will peruse profiles until they find who they’re looking for.

Any reputable company will belong to a federation. South Africa has the federation of APSO, or African Professional Staffing Operations.

There are reasons why there are obstacles to overcome when it comes to finding a job. You should assume that any company worth working for would go to the trouble to set up an interview, review covering letters and CVs, and check references and the like. Because they want to avoid being scammed just as much as you want to avoid it. Scammers know that an ad saying that an interview isn’t required, and that you can start as soon as you phone appeals to people who are desperate, and who have had little to no luck finding a job or want to take shortcuts. There aren’t any.

If you want to avoid all of that, you’re better off starting up your own company or engaging in some sort of self-employment.

Have you ever been taken in by a fake job scam?