The Potential Demise of the 30 Year Mortgage

I have talked to many young folks who want to buy a home. But the housing market is not adjusting so that they can afford to buy their first home. Investors are competing and are spending cash. But the fact is, all markets are manipulated right now.

My sincere hope is that these cash investors who think that the manipulated market has bottomed are proven wrong. If the average Joe quits playing the fool, ie., buying houses and stocks and other propped up investments, then the market will correct later on. I drive through Reno and see the most desired properties in the horsey set sit with no demand and no sales. I realize this is at the higher end, but younger people are seeing their hopes for getting ahead through buying a bargain house go away because of speculators who are paying cash.

I heard a gal on CNBC ask the other day where all the investors have gone. Stocks are bubbling and the average guy is not playing. All but the lowest end of housing is still in a bubble as well. And the lowest end of the market is investor driven. So mortgage applications are down again last week because people do not want to play a manipulated game. They are tired of Wall Street and government stealing from them.

Just as the average Joe cannot trust manipulated markets, so too can he not trust a government that allows and even facilitates the manipulation. I really hope and can see that many are boycotting housing. It is essential that people not play the game and fight the manipulated asset inflation that is happening right now.

Now the government has come up with principle writedowns that will be in the form of recourse loans. This is still another attack on the middle class.

Pricing a house from a historical perspective:

As a rule of thumb, houses should not be priced at higher than 15 times yearly rent. However, considering the lack of increase of income, another figure may help at the low end, that houses should be priced no more than 100 times monthly rent.While my mom was alive, rents were dropping in Reno. That should impact the price of a house:

I recently rented a house with my mom's help so that we could take care of her. The original rent was $1,650 per month. The rent was dropped by my request to $1300 per month. Based upon the 15 times measure, the house should be worth $234k but was listed for $299K. The 100 times rent measure would put the value of the house at $130,000. While the 100 times rent measure seems to low, perhaps with the distress of the market, the 15 times yearly rent is for our times too high. Something to think about before buying a house.

Say No To Recourse Loans!

Don't Buy a House Where There Are Multiple Offers! 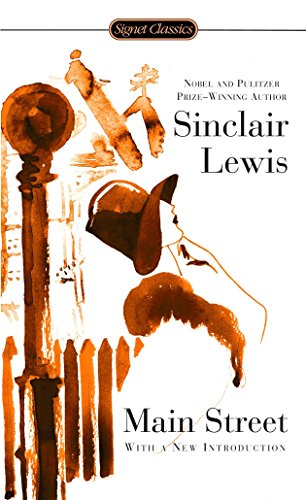 When you really think about it, the government is engaged in all kinds of stealing from the lower and middle classes yet again. They stole from us by allowing ponzi loans. They stole from us in bailing out the banks without getting a permanent stake in the companies being bailed out. That would have helped with the national debt. They are stealing from us by manipulating the stock and housing markets. The theft in stocks will occur when these prices are not sustainable. The theft in housing is in getting a better price for banks than the real estate should be worth.

It is time that the average Joe boycott the entire housing market as he has boycotted the stock market. There is no more trust. There is not an infinite cash cow that can support Wall Street. The battle between Wall Street and Main Street is not over. It has just begun.

Wall Street would be in line to suffer the financial blood bath of the century if people do the right thing and boycott the scamming of government. The government bailed out JP Morgan, and then Jamie Dimon, JPM's CEO, who testified before congress that JPM never did a stress test to consider that house prices would fall, even though they were twice as pricey as they should have been.

Perhaps Mr. Dimon could imagine that this sort of behavior would cause mistrust of financial institutions. Yet, we can imagine that he never considered that either! Financial institutions can no longer be trusted at the highest levels. They are ponzi scamsters who have the blessing of government. No one at the highest levels get prosecuted. The rating agencies don't get prosecuted. Madoff's problem was that he wasn't big enough. The real players just don't get judged for their fraud. It is a fact not lost on main street.

Government Has Abandoned the Average Joe

It is incredible on how many fronts the government (in the continuing love affair and support of Wall Street) has abandoned the average Joe. In fact, the only time the average Joe gets helped is when it helps the big banks as well. There are so many ways, from Bush through Obama, that the government has lost all credibility and honor. One of these days the average Joe will not be able to respond to the economic demands of the top 1 percent. It is time where he starts thinking for himself.

I watched, again, the David Faber program on CNBC "House of Cards". Wall Street was still trying to lay the blame on main street for taking out the loans. Greenspan was saying that they could not stop the fraud because it would tank the economy. He didn't care who the bubble would hurt as it got out of control. Truth is Greenspan only wanted Bush to have a spending platform so that America could steal Iraq oil. That is why he told W to secure the Iraq oil ministry first before anything else.

Yes, the same guy who said that Bush should secure the Iraq oil ministry said that he could not stop the fraudsters. In fact, Greenspan even said in early 2004 that people should take out adjustable loans. He was even part of the fraud himself. The chairman of the Federal Reserve was a two bit fraudster himself.

It is clear that boycotting the trust of the US government and Wall Street and housing is the only payback. Park your car more often as well, as petroleum is another in the long line of market manipulations.