Wall Street Republicans Want to Do Away with Social Security

Gary opposes Libertarianism and has published the ebook, Libertarianism, the UK Big Bang and How They Ruined America, found on Amazon

Do You Believe Wall Street and the Republicans Want to Destroy Social Security?

Do You Believe Wall Street and the Republicans Want to Destroy Social Security?

Update: The Republicans want cuts in the cost of living for social security. They want these old folks to live on cat food. From now on, just call the Republicans the Cat Food Party because that is what they are.

A fellow came on CNBC after a discussion about social security and he said that 20 percent of the people will blow their retirement plans and that social security should remain. Trish Regan, who has since moved on to Bloomberg TV, and who I find is one of the most offensive shills for Wall Street, said in response that these people should go out and find a financial adviser.

Isn't this what the CNBC and Wall Street opposition to social security is all about? As people shun the stock market, Wall Street needs more warm bodies to sell their financial products to. That is totally what this is about. If it takes never voting Republican again to protect social security, then I am all for it. I have railed against both parties, but if the Republicans stay in power over time, they will do the bidding of their Wall Street handlers and get rid of social security. Of course, if the stock market crashes, they will be there to profit on your hardship of loss as well.

This fear of loss is why the boomers are out of the stock market. They were burned in 2000 with the dot com scam. They were burned by the housing bubble bust in 2008. In both cases, Wall Street became richer and mainstreet poorer. And if all that social security money is forced into the markets, Wall Street will profit again in some rigged bubble and crash. We can't let this happen.

Young people, do not allow the destruction of social security. Even if the fund ran out entirely, there would be funding of about 70 percent of current benefits. That is the worst that can happen. The best that could happen would be a responsible refunding of the fund.

But don't let the Trish Regan types and Larry Kudlow types gain advantage by smooth talking the destruction of social security. That is the Wall Street greed in them talking. We all, who watch the programs on TV regularly, know this meta programming scam, and social security is not immune from the talking head scam.

Even Ron Paul has softened his position on Social Security. He said in 2010 that government management of social security in the stock market is wrong. He said that as we all saw that the crash would have wiped many who were close to retirement out. So then, Paul still wants accounts that the people control entirely, but that still would generate fees to Wall Street and we cannot have that. It will be a theft of some sort as Wall Street no longer can be trusted.

Don't Ever Forget This Before the Crash.

Sarah Palin and the Tea Party hate that people can keep their investments away from Wall Street! They are predatory vultures who have a vested interest in the middle class being scammed and raped by Wall Street. I have already proven that the Tea Party secretly loves the big banksters.  If you can't see that then discuss this in the comments below. I dare anyone to defend these people who have as their prime motivation pure greed. Check out Sarah Palin in the video showing her dangerous views. She is a neocon. The neocons want money to fund perpetual wars. They can get that money through their Wall Street buddies. That is what this is all about, the destruction of the middle class. And perhaps Karl Marx will be proven right, that capitalism is doomed to failure. This I know: Without a strong middle class, capitalism will certainly fail.

Regarding Social Security, the Wall Street/CNBC/Republican scam is to scare the younger people into thinking that social security will not exist. But the truth is, these young people have lost their shirts in the stock market lately and they know Wall Street pigs are greedy, scamming bastards.Do not let them get ahold of your social security money, which they want to use to gamble and place bets that may prove disastrous again for mainstreet.

Prosecute These People on Wall Street 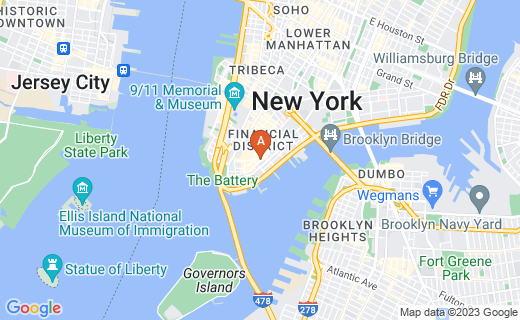 Peaceful protest of Wall Street by walking away from debt and by a refusal to trust this industry ever again will work in mainstreet's favor.