Things I will Never do Twice= Pink Slip Loan

Don't cut off your fingers to spite your own hand!

I have a '00 Toyota Echo worth $25,000. If you are scratching your head on that one I don't blame you. It originally retailed at approximately $15,000. Let me clarify, its worth 25K to ME. How's that you ask? Have you ever done something stupid and later wished you could have foreseen the future and stopped yourself? This is one of those examples.

Keep the car! Buy stuff for it! 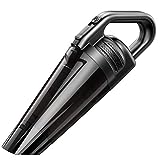 My (ex) husband and I sold the first home we had ever bought at the end of 2000, and were able to pay off my brand new Echo that we had financed earlier in the year. It was an exhilarating feeling to write that $15K check to the bank. I had never owned a brand new car and now it was all mine. My husband and I and our one child then moved out of the area and bought another home. It was more expensive than our first home but still very modest. The trouble started when my husband couldn't find a new job in our new area. He was living part time with my parents so he could work and commuting home to me on the weekends. Well, this just went on and on. He did finally get a new job a few months later, but for less pay, and I ended up going on maternity leave from my job a few months after we had moved in. Needless to say, we soon found ourselves up to our armpits in heavy bills, and started being late on the mortgage. The stress was enormous. I was worried nonstop about what was going to happen next.

Then I got the bright idea of taking a loan against the car to have money to pay the mortgage. Your basic rob Peter to pay Paul idea. Being that the car was still brand new and I had just paid it off, I was able to get a loan for $10,000. Seemed like a good idea at the time, but it was stupid. We lost the house anyway over the next year. Even though we put it up for sale immediately it took 10 months to sell because I had four buyers fall out of escrow. If it weren't for that factor the plan may have worked, but I doubt it. We took the last bit of money we had left and moved into a little apartment with our two kids. It wasn't long before other elements of our bad marriage showed up and we ended up getting divorced a few months after losing the house.

To recap, I moved away from my family, had a baby, mortgaged my car, lost my house anyway, and divorced my husband. On top of that I got fired due to a jealous boss, and started my own mobile grooming business all in one year! Whew! I kept the car when I left my husband, so I got the pleasure of paying it off again over the next 60 months. I literally paid for my car twice. Thus, to me it is worth $25,000. I will of course never be able to sell it for what its "worth", so I plan on driving it till it drops dead. It currently has about 165,000 miles on it, and I change its oil on schedule and keep it maintained. Boy am I glad I bought a Toyota!

If you get anything out of this hub it should be this. Don't take loans against your cars to pay your mortgage. If you are in dire financial trouble, getting into more debt is not the answer. If you lose the house at least you won't have a car payment. You wouldn't want to get so far down you lose the car too, cause you could sleep in the car if necessary. Hmmm. I wonder what would happen if you were sleeping in the car and they came to repo it?