Ways to Cut Spending, Save Money and Trim Your Budget

Too Much Month Left at the End of Your Money?

Everyone would agree that we are living in tough times, financially. That being the case, it makes sense to try to cut back on spending, and budget in such a way that we can save money. What follows are a few ideas about how to do that, and how you can get started today!

Ways to Cut Spending and Save Money

The Lazy Couponer: How to Save $25,000 Per Year in Just 45 Minutes Per Week with No Stockpiling, No Item Tracking, and No Sales Chasing!
Buy Now

Save Money With Coupons

Coupons, as we all know, are special offers from product manufacturers that allow you to purchase items at a discount. Coupons are also one of the best ways to save money, because sometimes the discounts are really steep - often half off the regular price or more. Cliping coupons, then, should be one of the first methods you adopt in your efforts to cut spending. Of course, a lot of people don't believe you can save a lot of money with coupons, and that collecting them isn't worth the trouble. To those people, I say: watch the television show Extreme Couponing on The Learning Channel (TLC). When you see someone buy $3100 worth of groceries for less than $100 - all thanks to coupons - you'll become a believer.

But even without coupons you can still save money just by noticing which stores are having sales on the items you need. Moreover, many stores now have "price comparison" policies, whereby they will match the sales price of any item offered by their rivals; you just have to show them the sales paper. Wal Mart, for instance, has this policy; if Kroger's is selling a half-gallon of Blue Bell ice cream for $2.00, Wal Mart will match it (even if the regular Wal Mart price is higher). Thus, you can do all of your shopping in one place rather than running all over town trying to get the best deal on various items.

Long story short, you can obtain significant savings at the grocery store, both with and without coupons, and help bulk up your budget in the process. You simply have to be a little proactive.

Quite recently, a friend dropped by to see me and was bemoaning the fact that gas was so expensive and filling up her car practically required taking out a loan. At the time she made this complaint, she was sipping her daily $3 something-something-latte-something-something-with-soy-not-milk from Starbucks. I gently reminded her that the beverage she was sipping, at 16 ounces for something like three bucks (plus tax), was about 7 times more expensive - per gallon - than gasoline. The look she gave me then would have shattered a mirror...

But think about it. Even if you step back from a product like gourmet coffee to something simpler - say, a Coke - it's still obscene in terms of comparative cost. Assuming you can get a 12oz. Coke for 50 cents, that soda is still costing the equivalent of $5.33 per gallon! At least a gallon of gasoline in the average car will get you about 20 miles on the highway. How far will you go on a gallon of Coke or coffee?

The point here is that some things are necessities, and other things are luxuries. My friend's $3-per-day coffee habit - assuming she only goes once a day, 5 times per week - is costing her $15 per week. That's $780 per year! (Over $1500 if she goes twice per day, which I suspect she does.) Isn't that money that you could put to better use than Starbucks? if so, then maybe it's time to cut back on the coffee and soda, or switch to cheaper brands. Or just drink more water; it's better for you anyway. 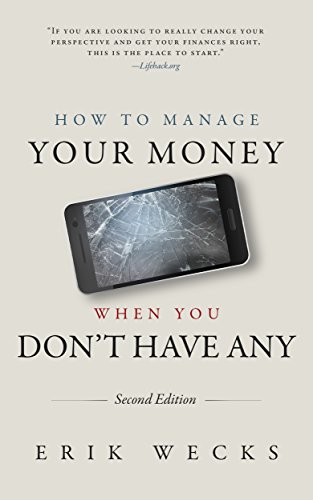 Eating Out? Try Dining In

Another area in which it's easy to save money is with respect to eating out. Take lunch, for instance. If going out for lunch every day cost on average, oh, let's say 10 bucks, then that's $50 per week gone right there - $2600 per year! You can probably bring your own lunch every day for the equivalent of $3 - $4 per day. That would amount to a huge savings.

Likewise, you could probably observe significant savings by cutting back on how often you dine out for dinnner, as well as eliminating little creature comforts, like popcorn and soda at the movies. (They seem to cost more than the price of admission, anyway. How do you justify that?) The gist of the matter is that cutting back on how often you're buying meals will put a nice bulge in your bank account.

Poll on Eating Out

How often do yu eat out?

Now Go Forth and Save Money!

Hopefully, no one has read this hub and is now thinking that I advocate everyone living a completely spartan existence in order to cut spending and save money. That is simply not true. In fact, I am all for occasionally splurging on yourself. However, I believe you have to be smart about it, including being cognizant of the the difference between wants and needs - e.g., "I need to eat food" vs. "I want to eat lobster."

The truth of the matter is that we tend to be wasteful - even during lean times - and we spend willy-nilly when we should be adhering to a budget. However, if we look at the things we're spending money on, we can find ways to be thrifty that will benefit us down the road.

Money: How To Get Rich and Get Out of Debt: Learn How To: Make Money, Manage Your Finances, How To Stop Overspending, How To Save Money, and How To Invest Money
Buy Now