Where Does The Money From Toll Bridges Go? 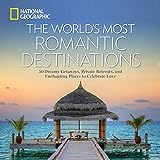 As a resident of the city of San Francisco, I regularly find myself paying tolls to get back home after traveling by car in the surrounding Bay Area. Every time that I cross a toll bridge, I look around at the number of cars surrounding me and think about the massive amount of money that must get collected every single day on each bridge in the area. That has definitely caused me to wonder where exactly that money is going.

After doing some research, what I have discovered is that the money that is generated from toll bridges around the United States is typically used to fund highway projects. In some cases, a toll bridge might be erected for another purpose. However, most bridges collect tolls specifically to help defray the costs of the bridges themselves as well as to pay for some of the costs of operating the state highway organizations.

Looking at the San Francisco Bay area alone, here are some of the things that the toll monies are used for: