Online Private Investigations on the Internet

Several years ago I realized I loved doing online private investigations on topics that were near and dear to my heart. I did extensive searches on the Internet about climate change, conspiracies and about events that sparked my interest. As a private investigator that did not get paid, I dug up all kinds of information on climate change cover-ups during the Bush administration - and my latest claim to "fame" was uncovering the real reason for the Dugway army base shutdown last year (it was because a vial of nerve gas was missing - the only reason the truth came out was because an employee there tweeted about it) I caught the tweet before it was erased, took a screenshot of it and it became public.

Although I felt bad for the person that tweeted it (she was reprimanded) I think it was an important lesson to those that use the Internet - people need to understand that a lot of what you write IS NOT PRIVATE - and this information can be used against you in an online investigation - whether it's by someone that is getting paid or not. And that information may come back to haunt you (Senator Anthony Weiners infamous tweet comes to mind)

Writers and journalists are natural researchers

I think a lot of us, especially writers, have found that we love doing research. With the Internet and loads of information available to us, we can search for any topic that is interesting to us. For probably 95% of the population though, their Internet activity probably consists mostly of social networking, job hunting, reading the news and checking their email.

For those of us that are creative however and see the potential of our research, the Internet opens up a whole other aspect for us - we can use our creative brains to do our own online private investigations on any subject that catches our attention. I would even speculate that today's Internet writers will probably breed not only the next wave of great writers, but will also spawn the next wave of great online journalists, private detectives and online private investigators. And I don't mean just people that copy and paste what they see on other sites, I mean people that use the Internet to research, investigate and put together puzzles that most people don't see.

For me, when I do online research, it is like a puzzle. I like taking pieces of information and putting them together, weaving them into a story and sometimes discovering that my online investigations have lead me into uncharted territory (the Dugway story for example, I had become interested in WHY the base was really in lock-down, and that investigators gut hunch told me that there was something much more to the story) I never know what or when something may catch my attention, and off I go.

Nature of the Work

"Private detectives and investigators assist individuals, businesses, and attorneys by finding and analyzing information. They connect clues to uncover facts about legal, financial, or personal matters. Private detectives and investigators offer many services, including executive, corporate, and celebrity protection; preemployment verification; and individual background profiles. Some investigate computer crimes, such as identity theft, harassing e-mails, and illegal downloading of copyrighted material. They also provide assistance in criminal and civil liability cases, insurance claims and fraud cases, child custody and protection cases, missing-persons cases, and premarital screening. They are sometimes hired to investigate individuals to prove or disprove infidelity." (From the Dept. of Labour Statistics website)

Sounds very interesting to me!!! 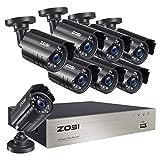 Some statistics on careers as a Private Investigator

Of course the drawback to private investigating is that in some types of investigating there would be a definite element of danger (if you are doing physical surveillance for example) but as for myself I could see a career as an online private investigator something that I would be very interested in. I also found out that there are classes and courses available online too -so you can even do these classes from home!

For those of you that are looking for a new career I thought it might interesting to present this information on a career that you may not have otherwise thought about. And for those of you that are reading this for the fun of it - a word of caution: Be very careful what you write about and post on the Internet.You never know if someone is privately investigating your online activities. Something you write, post or tweet could be used against you. If you want to say something private, keep it private because you never know if a private investigator is watching your online activities!

Poll on your thoughts on online private investigations

Would you consider a career as a Private Investigator?