10 Biggest Manhunts of All Time

Manhunts are Famous for Their Large Scale, High Cost and Long Duration

The mystery of John Wilkes Booth is one curious case that will never be solved. The assassinator of President Abraham Lincoln, Booth's infamous shooting is shrouded in mystery.

After shooting President Abraham Lincoln at Ford's Theater in 1865, Booth immediately fled - leading to a twelve day manhunt that spanned several states. When no one could find Booth, a $100,000 award was issued for any evidence leading to his capture.

Supposedly, Booth was found hiding in a barn in Maryland. Some people say that Booth burned to death in that barn, others report that Booth was shot in the neck and died several days later, and some people suspect that he didn't die there at all - but rather he escaped, assumed a new identity, and died decades later. 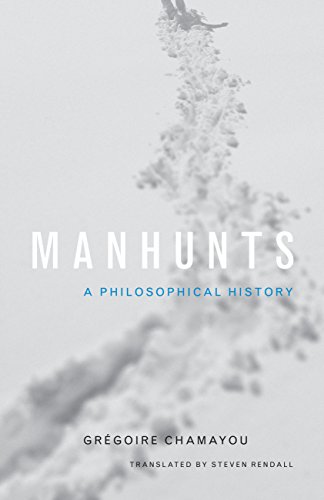 The entire country felt like they lost a friend when Martin Luther King Jr. was shot and killed in 1968. This Memphis shooting led to a two month manhunt with the eyes of the citizens of the United States watching in anticipation.

Although the authorities had a suspect, the location of the suspect was a complete mystery. The manhunt spread throughout several countries as forces joined together searching for a small town convict by the name of James Earl Ray.

Ray, who had escaped a Missouri prison in 1967, was the man the world was looking for, suspected of killing a hero to people all over the globe. In June of 1969, Ray was captured at an airport in London.

He was extradited to the United States and eventually confessed to the murder. Ray died behind bars in 1998.

The tale of Australian outlaw Ned Kelly is one of the world's oldest recorded manhunts. Ned Kelly was known as a corrupted Robin Hood type - a fugitive who robbed banks and wealthy members of society in an attempt to help poor colonists brought down by a harsh British government.

A manhunt searching for Kelly ensued for years. Once he was finally found, authorities discovered Kelly gun's blazing, shielded in a coat of armor.

As officers tried to shoot down Kelly, bullets continued to deflect off his armor, and Kelly managed to kill a majority of the officers. Eventually, one of the officers discovered a part of Kelly not covered by armor, shot him repeatedly, and ended the manhunt.

Moammar Gadhafi was a dictator in Libya during a time of extreme turmoil. In 2011, rebel leaders executed a coup de' taet bringing down Gadhafi and sending him into hiding.

Moammar Gadhafi had ruled Libya with an iron fist for 42 years - training soldiers to serve as human shields and gaining a reputation as a cruel and vicious leader. His people hated him, the world hated him, but nothing was ever done until 2011.

During a manhunt led by the Libyan rebels, Gadhafi was captured and killed.

The largest manhunt in Ireland's history occurred in 1983 when thirty eight IRA inmates escaped from Maze Penitentiary in Northern Island. The IRA is the Irish Republican Army, a large, notorious group of political activists known for their violent tendencies towards the British government's oppression of the Irish people.

10,000 soldiers and members of the Irish police were called upon to locate the escapees. Nineteen of the inmates were captured with a week of their escape. One inmate was found dead from wounds inflicted during the escape. The rest of the inmates however were not as easy.

Throughout the next two decades, the hunt continued for the IRA escapees. Over that time period, a handful were captured or kill both in Ireland and the United States.

Two escapees are still on the run and the hunt for them continues.

Manifesto of a Madman - Is Dorner Crazy or Concerned? 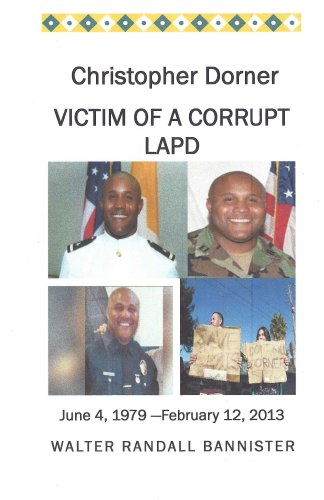 The story of Christopher Dorner is a sad and tragic tale about a Los Angeles police officer, a formal Naval officer, and a seemingly stand-up citizen.

Dorner was fired from the Los Angeles Police Department in late 2012. The reasons of his departure from the police department are still debated among many. Some say that he falsely accussed a fellow officer of misconduct, others say that the accussations were legitimate and that the LAPD had ultierior motives - regardless of why Dorner was fired, no one knew what would happen as a result.

In February of 2013, Dorner set out on a mission - one based on revenge. His target was the Los Angeles Police Department. Dorner wound up shooting several officers and their families.

Dorner's shooting spree started a manhunt that covered the entire state of California. An ex-officer and veteran, Dorner taunted the police, convinced that he had all the skills necessary to evade any law enforcement.

Eventually he was cornered and a shooting spree led to Dorner's death.

The Cost of Hunting for Fugitives

The estimate cost of manhunts for wanted fugitives in the United States is close to $1 billion annually. Do you think this is excessive?

Born in 1978 in California, Adam Yahiye Gadahn seemed harmless for much of his life. Homeschooled by his parents who were both goat farmers, Gadahn left his family and converted to Islam at the age of 18.

After an incident at his mosque in California, Gadahn moved to Pakistan and became a militant Islamist. Gadahn stepped forward as al-Qaida's unofficial spokesman following the terrorist attacks that occurred on September 11th.

Five years after the attack, he sent a second video to the media in United States, in which he defended the attacks and threatened the American public talking about attacks that had not yet happened.

After the release of this tape, Gadahn was charged with treason and a manhunt began searching for his location. To this day, Gadahn is still at large, with no clues leading to his location.

The manhunt for Ted Kaczynski lasted eighteen long years. Kaczynski, the infamous unabomber, was an expert at evading authorities. Wanted for mailing 16 homemade bombs to separate destinations across the United States, Kaczynski killed three people and wounded sixteen others when one of the bombs went off in 1995.

After that explosion, the FBI announced a $1 million award for any evidence that led to the capture of Kaczynski. Unfortunately, the man was an expert at being evasive, never leaving a trace anywhere.

While hiding in the woods of Montana, Kaczynski egged on authorities by sending wordy declerations to the media. One day however, Kaczynski slipped up by mailing a lengthy, hand written letter to the New York Times.

After publishing the letter, Kaczynski's brother identified Ted's handwriting and alerted the auhorities. His brother then aided the FBI and helped lead to the capture of the unabomber in April of 1996.

The Hunt for Osama Bin Laden

Starting in 1998, the hunt for Osama Bin Laden - militant Islamic leader of al-Qaida, was an extremely long and costly search that seemed to go nowhere. In fact, the lack of any evidence as to the location of Bin Laden often led the FBI to question whether or not he was even still alive. But with no body found, and the knowledge that he posed a huge threat to the safety of the American public kept the searching going for years and years.

The hunt for Bin Laden heightened following the September 11th terrorist attacks in 2001. However, the hunt went cold for an entire decade. Although the FBI kept searching for him, there was absolutely no sign of Osama Bin Laden.

In 2011, the CIA discovered new information about bin Laden's whereabouts. On the evening of May 1st that year, Navy SEALs stormed the location where bin Laden was reportedly hiding.

A Navy SEAL found bin Laden on the third floor of a residential home, shot him in the chest, then radioed back to President Obama who could finally tell the public that bin Laden had been killed.

Armed Trucks and State Officials Line the Streets of Boston

April 15th of 2013 was the date scheduled for the annual Boston Marathon - a large scale event that attracted people from all over the country.

What was supposed to be a day of celebration and fun turned into a chaotic police chase after two bombs made out of pressure cookers exploded at the finish line of the race.

Killing a handful of people, a combination of runners as well as spectators, over 200 hundred people were injured in the blast.

For several days following the marathon, the town of Boston was on lockdown as state officials, as well as the full force of the FBI searched through street after street, looking for the bombers.

Tamerlan Tsarnaev, one of the two bombers, was shot and killed by the police. His brother however, Dzhokhar Tsarnaev - slipped into the darkness of a residential neighborhood.

The country watched as troops scoured Boston for the second bomber. Public transit in Boston was shut down, a no fly zone was declared over the area, and residents sat by watching on edge, not knowing where or when the brother would be found.

The manhunt ended on April 19th when Tsarnaev was captured and taken into custody. Costing over $1 billion, this manhunt ended up being the most costly in U.S. history.