The 93rd Indiana Infantry in the Civil War

My great-great grandfather served in the 93rd Indiana Infantry - Company G, during the Civil War. In researching his life, I needed to learn about what happened to the regiment he was in. As I find information, I'll link it here for use with the book I'm writing about the life of Abraham Bates Tower, my ancestor.

Tracking the movements of the regiment gives me a better idea of what he experienced during this momentous time of his life.

If you had a relative serving in the 93rd Indiana Volunteer Infantry, I hope you find this information helpful.

Recent Book on The Battle of Brice's Crossroads

The Battle of Brice's Crossroads (Civil War Series)
I just ordered this for my Kindle and am reading it now. I'll let you know more about it when I've finished. This isn't a major battle like Gettysburg or Vicksburg, but still significant. To understand the Union loss at Brice's Crossroads means I'm delving into General Forrest's life. There are quite a few books about this leader and his brilliant calvary work.
Buy Now

Links for the 93rd Indiana Infantry

The 93rd Indiana Infantry served around Vicksburg during the siege of that city.

Books about Indiana Troops in the Civil War 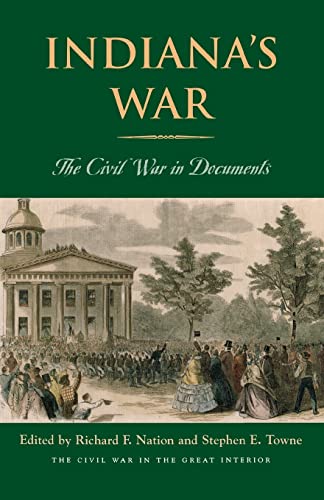 My Ancestor Spent 6 Months in Andersonville

A number of men from Company G, 93rd Indiana Volunteer Infantry were captured at Guntown (Battle of Brice's Crossroads). They ended up in Andersonville Prison in Georgia which was a horrible place, similar to the concentration camps of the second World War.

Abraham Bates Tower survived Andersonville, but some of his comrades were not so lucky. He suffered health problems for the rest of his life from the starvation and bad conditions.

Indiana Civil War Veterans, Transcription of the Death Rolls of the Department of Indiana Grand Army of the Republic, 1882-1948
I discovered that my great-great-grandfather was active in the GAR in Indiana after the war. This led me to further research into his later years in Kansas where I discovered records on him in the Kansas GAR as well.
Buy Now

Some Returned Home to Live out Their Lives

Some Deserted from Company G

Indiana Deserters - Civil War - As you search your family genealogy, what if you find a Civil War ancestor who's not a hero, but a deserter? It might be a let-down or a shock but think it through. There are many factors that influence a soldier's behavior during wartime.

It's interesting to see that some of the desertions were short-term, so the men returned to the company and were not harshly treated, at least those in Company G were treated leniently. Perhaps family needs or health problems led them to leave for a few months.

The need for men in the ranks may have made it expedient to reinstate them with mild punishment such as withholding pay.

Tip for Finding Your Ancestor

Use Google to search on the company commander. There are more likely to articles online about him that will give you clues to your ancestor's company activities.

I Blog about Finding Your Civil War Ancestor

This Maps the Regimental Travels of Company G