Coal is one of the last frontiers of affordable energy in the world.  It has been a rather plentiful resource thus that has kept the price reasonable.  For many years, it was the product of just a bunch of good old boys digging it out of the seams buried beneath the ground.  It also became the basis of a lot of deaths in underground mining and a virtual playground for OSHA in terms of work guidelines and safety.  Sadly, many men perished and continue to die in these mines as evidenced by the recent cave-in in South America which trapped miners for weeks.

So what could be good about the EPA coming down hard on Soros’ favorite coal-mining operation, Arch Coal in Virginia?  If anything, one might think that Soros’ connection with Obama would allow him to call the dogs off at EPA so his company could get on with life.  Not so fast, QuickDraw, maybe that is the in the best interest of Mr. Soros and his investments.

Arch Coal long ago saw the hand-writing on the wall for coal mining in Appalachia.  Their activities are and have been on the decline in that region for several years and mining as a whole has declined there by roughly 20% in the last few years.  This recent set of events set the precedence that Arch, nor any other coal company for that matter, will be allowed to get at the coal in those mountains through the use of open pit mines.  The alternative is to continue with underground mining and deal with the expense and safety issues associated with it.  Those issues make the process expensive and that expensive quickly undermines the profitability of the business at coal market prices.  Thus, what Arch has just done is to make sure that open-pit mountain top coal mining is dead in that region…a concept which hopefully the EPA and activists will spread to other areas of America.

What does this mean for George Soros?  Plenty, the way I see it.  First, when something is plentiful, it is difficult to make a profit on it.  But what if it was not so plentiful and demand was high?  Well, that changes the story a bit for us and I am afraid that is just the case here with coal and the future of coal.  Soros recognizes the situation and plans to capitalize on it.  Unfortunately, the result will be yet again a setback to America which can only bring a smile to Soros’ face…more so than even making money can.

80% of all electricity produced in China is done by coal-fired means.  China has coal in its natural resources but the countries mining system is basically unsafe and in disarray.  As industrialization grows and expands on the frontier of China, the demand for more electricity grows with it.  Eventually, China’s coal mining industry will not be able to keep up with the demand.  This will send China into the international market for coal supply and the same scenario which has played out with crude oil will play out with coal.

Meanwhile, Soros and company have set precedence and created scenarios that make it more and more difficult to pull coal out of the ground in America.  More and more companies are throwing in the towel and walking away.   Arch Coal just coincidentally bought heavily into a west coast export facility for coal….hmmm.  Interesting huh?  Obviously Soros believes the export market for coal will soon be on the rise.

Coal production from mining peaked around 1990 then struggled to regain footing only to eventually slip even lower after 2000.  By 2010, production was back to 1983 levels with forecasts for the future which indicate that production will drop by almost one-half again in the coming years.  It is doubtful that China will be getting off of coal for its electricity production anytime in the near future.  Their best alternative is hydro-power which likely will not be capable of replacing the current situation with coal or nuclear which is far too expensive to employ in terms of setup.  With that forecast use and the continue use by the USA and Europe, the demand for and the price of coal on the world markets can only climb to heights never seen before.

The USA and Russia have the largest deposits of coal in the entire world.  China and other Asian area countries follow behind with less than half the potential.  Other countries are below the levels of Asia.  Based on current consumption models, the World Coal Association estimates that there is enough resource production to supply the world with coal for the next 119 years.  This is compared to gas and oil which is less than half that forecast number.  On that basis, one can see the rationale of why China would stick with coal as their electricity producing fuel.  At present, most of the coal produced in a given country is consumed there.  The latest figures indicated that only 16% of hard coal resources end up in export movements.  China currently produces more coal than the USA at a rate 3 to 1.  India is the next largest producer to the USA and China out produces it almost 6 to 1.  China produces just over 3 billion metric tons of coal in recent years annually from their own resources.  Based on coal reserves in China and the annual production rates, it is now estimated that China will exhaust its resources within 48 years, the same point at which petroleum energy is projected to become very scarce.  Obviously, the coal reserves of both the USA and Russia will become very valuable in that light.

Currently, approximately 67% of the coal production in America is done from open-pit mining. These mines are fairing better environmentally in the western USA and Arch Coal has staked its ground in that holding.  With the steps taken in Appalachia, open-pit mining will continue on the decline and the demand for coal from the western mining operations will increase.  Eventually, the expense associated with underground mining of coal in Appalachia may well drive those in that sector of the industry out of the market unless they are mining a resource which has particular characteristics not found in the coal achieved from open-pit mines.

At any rate, if your home is currently heated by a coal-fired furnace, your days of cheap heat may be a thing of the past and you may find yourself soon competing with the Chinese for a ton of coal.  Energy will continue to be a battleground for the world, a source of greed, and a lightning rod for the environmentalists of the world.  Nothing could make a man like George Soros any happier.  In the interim, one can only wonder what will happen to Appalachia. 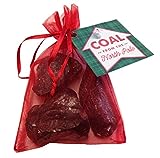