Florida Builds Mountains out of Garbage, Not Mole Hills.

Don is a retired engineer and shares his experiences and knowledge with his readers to help them as technology gets more complicated.

OK, I am a Floridian; not a native Floridian, of course, but I have lived here for over eight years and I do expect to stay.

Or at least my creaky bones tell me so, every time I go back up North during cold weather, to visit family and friends.

I’ve lived in several states, over the years, and I’ve traveled the country and the world extensively, so I believe my perspective on many of the things I see, are accurate.

One of the things I noticed when we first visited Florida, many decades ago, was the tendency of some of the larger cities to build mountains of their garbage.

This is understandable, I guess, considering that the average water table in Florida is only a few feet below the surface and does not lend itself to the burial of waste. So, here in Florida, the options for garbage management are limited.

Many Floridians don't like to hear this, but the state of Florida is essentially a long finger of swamp covered land. And over the past people have slowly converted much of the state from its natural state, as unusable swamplands into flat, dry, sections of useable land interspersed with small shallow ponds.

This has often been done by land developers, as well as local governments, who aggressively dredged dirt from the swamps and filled in large sections of land for buildings and roads.

When they dig the wet black swamp dirt from an area of useless swampland, thus creating a giant pond and then place the dirt around the border land to this pond, they will have converted the swamp land into useable land for building homes and business' that will be several feet above sea level.

Once this dirt has dried and has been packed properly, they can then build yet another housing community or shopping center, and usually they can build on the parcels right next to the beautiful new 2-foot deep ponds so prevalent around Florida, while touting the great water view.

If you don’t believe this, look at an arial view of the state for Florida. You will quickly notice that it is sprinkled with tens of thousands of ponds and lakes; and the vast majority of them are square or rectangular in shape, which was by design to compliment the developers building plans..

Anyway, down here in Florida, we joke that the highest points in the state are the enormous landfill mounds that contain our the garbage of the major city's, which was collected over several decades.

These mounds are so large and so high that their builders must put warning lights on the top of them for pilots to avoid.

One county that I visited a few years ago, had at least made a sensible decision about getting some kind of use out of their mound of waste.

Someone, realizing that the top was flat, made the whole mound a city park complete with several baseball/softball fields, soccer fields and even a track for runners and joggers.

The park looks very nice; replete with bleachers, night lights, public toilets and such. But in reality, the vast majority of these mounds just sit there, belching methane and blocking the view for people living nearby.

The funny thing is; many people already think these eyesores should be given names to commemorate the politicians who decided that they were a viable solution for managing our society’s garbage. 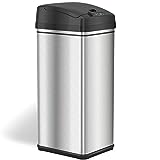 Someone once said; Today's Garbage is Tomorrow's Gold!

Imagine a hundred years from now when people will mine old garbage dumps for the metals and other chemicals we toss away today?? It could happen!

In fact, if these mountains of waste had actually been designed as compost piles, the average elevation of the whole state could probably be raised by several feet using the “rotted garbage turned to dirt”.

This would leave a lot less garbage to be stored in mounds around the state, and these would hold real non-biodegradable waste.

But, while staring at one of these Florida mountains of waste, I began to imagine a more positive future for these collections of today's waste.

These early garbage mountains were literally piles of raw garbage, both biodegradable and non-biodegradable, all mixed together, often ground into a slurry and then sealed in layers of plastic sheeting to control the excess liquid and gaseous waste generated by the natural process of rotting, over time.

In fact, many of these mounds have gas burning towers installed on their tops. These towers burn the constantly generated methane from the rotting garbage sealed deep within the bowels of the mountain. A few, more forward looking governments have even harnessed this supply of gases for recycling.

So, all of this got my imagination going and I predict there will be a day when these mounds of waste are actually worth someone mining them for their valuable assets.

That’s right, eventually, all of those; tin cans, plastic bottles, broken furniture pieces, rusty bicycles, and thousands of other discarded pieces of our past are going to be worth something.

If nothing else, they will be worth the escalated value of their minerals, metals and recyclable parts. It’s just a matter of time, really considering how wasteful we are todays with our natural resources.

Imagine, thirty, fifty, or more years from now, when a bulldozer turns over several coins, quarters, nickels, dimes and several pennies that were once left in the pocket of an old pair of pants that was thrown in the trash.

The processed metal of these coins could be worth a small fortune considering that today’s soothsayers are predicting the obsolescence of physical money for credit accounts which are managed on personal data devices (what we still call cell phones today).

And, OMG, what about finding a whole cell phone, packed full of rare metals, that was discarded because we had dropped it into some water and it stopped working for us.

Yep, someone once said that “today’s garbage is tomorrows gold”, or something like that.

And, eventually, those many unsightly mounds of today’s trash will be mined and it’s valuable contents removed. 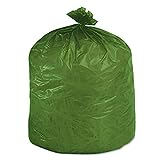 Stout G3340E11 Eco-Degradable Plastic Trash Garbage Bag 33gal 1.1mil 33 x 40 Green 40/Box
I purchased some of these and they were perfectly adequate garbage bags, but they are hard to find.
Buy Now