Just recently, the supreme court made a landmark decision. It is now unconstitutional for a court to hand out a mandatory life sentence to a juvenile. This decision has forced many States and courts to readjust their system.

At first, I was flabbergasted! What if you had family members that were killed just for the sake of killing by, lets say, a 14 or 15 year old gang banger? How would you feel if they were out on parole after 25 years?

Ok, now let's look at in a different standpoint; this juvenile has been mislead by peers and gets into prison and his ways change. He/she becomes an honest, law abiding prisoner. Do we keep that person incarcerated? Have you ever looked into what it costs to keep one prisoner incarcerated? The figures I found come to approximately $65 per day per prisoner.

I started searching many different statistics and I have formed some opinions that have somewhat changed from the opinions I had before.

Let's look at some facts, before I share my opinions. Many of the facts I am getting are coming from many sources, but I have two links that are my primary sources. The links follow. 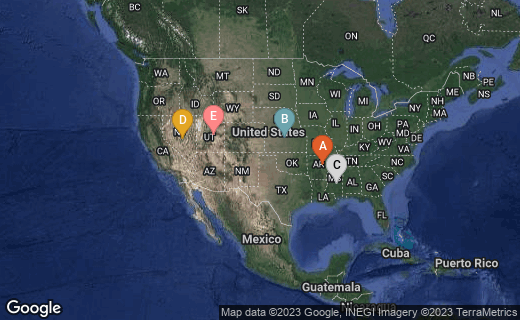 Does jail and prison work? It seems to not be so.

I was looking at some of the facts and with the total prison and jail population, we could just eliminate all the jails and prisons; relocate the people in one of the States I list at the right, and put a moat and fence around it. We could have guard dogs running around the inner border of that State and we would just have one National prison.

The Sates I am showing are not chosen because I dislike that State. I choose these States, because the State's population is very close to what the jail and prison population is in the United States. So which of these five States would you think would make a good prison?

Here is a poll that you can give your vote on the State that should be the national prison:

Which State would you choose to be a national prison?

Secrets for your Sanity in this Insane World
Buy Now

I know, it will never happen. The point is: that is how bad the

prison population is in our country. What are we doing to stop it?

How about we take a look at how many non-violent offenders are incarcerated?

How about the fact that prison is not a "fearful" place anymore. For the most part, baby rapers, rapists and "snitches" are put in their own protective areas within the system. The repeat offender status is high, because a court says 6 years, and they only do 6 months. there is no "fear factor" anymore.

What about rehabilitation? The system cannot possibly be looking at the person by person. There is no way there is enough man power. The programs to rehabilitate have had their funds cut. The waiting list in a prison is outrageous to get into a program, when in all actuality, the ones who should be getting these programs to get them on track, are the prisoners who have "short sentences". The life sentences are filling the programs and makes no room for the ones who are doing 1 year or 2. It is these ones that are doing "short time" that need to be set back on a straight course, but they are just learning how to be "smarter" criminals while the ones who have little chance of getting out are getting the rehab to be "good" citizens.

It all comes down to common sense.

Many of these prisons are privately operated and funded by Federal funds--OUR TAXES! They want people coming back! They get more of your tax money that way.

There is no "simple" fix. It does come down to educating and giving people a reason to not commit crime.

I also believe policies need to "toughen" up. When you give 10 years, they do 10 years! Make the criminals earn things in the prisons. I am not saying they shouldn't get to have a television, I am saying make them earn it.

I am also on the stand that all prisons could, and should be self-sufficient. Why can't the grow their own food? Raise cattle, hogs and chicken? Have semi-factories?

In doing so, the criminals would be learning survival without crime and would eat their own products.

I believe the people who rum our country and the prison and jail system need to use some wisdom. They need to pull their heads out of their behinds and find the common sense that flew away somewhere.

Just throwing humans in cages is not going to fix the problem. It is actually making the problem worse and it will come back and bite.

Maybe we need to get a bit barbaric and start the eye for an eye system again. There were a lot less in prison when that system was in place.

Well that is my rant for now.

Do you have something to say on this subject? There is a comment box below, but be civil.

C'mon people, lets make America what she originally was intended to be. UNDER GOD, WITH LIBERTY AND JUSTICE FOR ALL!

The following video has a few bad words and is a high-stress level video. Much the way I felt writing this hub. If you have children near, please turn down the volume. Al Pacino makes some great points here and this movie, in my opinion, should be seen by all!