A Bully Can Kill Your Child, but Teachers are Fired for Taking Action

An American youth attempts suicide every 42 seconds or more often. Many times it is the result of bullying.

— Centers for Disease Control and Prevention

CDC; 2008 -- An American youth attempts suicide every 42 seconds or more often. Many times it is the result of bullying.

This statistic has been realized in my home state and my home city as well as many others in the US. Further, some children that are bullied and cannot tolerate it, stand up to it, or receive help from adults, commit suicide.

The incidence of these phenomena is receiving increased 21st century press, because of young suicides resulting from Internet bullying.

The activities of abuse are more rampant in America than in previous years. However, some communities are making significant strides in solving the problem. Many Canadian communities and their school systems have outlawed bully activities of all kinds and take legal action against school bullies.

Children must be supported by adults in a community and an educational system in which they can depend on the fact that bullyism will not be tolerated and which teach children how to stand up to it.

Best Practices call for stopping a bully or abuser in his or her tracks every time the behavior occurs. These offenders should be called out immediately in a loud voice that attracts attention - and help if needed - and told how the behavior makes the victim feel and told to stop now. Unfortunately, classroom teachers are punished for this in some cities.

Teacher Fired for Stopping a Bully

A teacher sued her school district after she was fired for stopping a bully in her classroom who was lowing his nose on classmates, pushing them, and using inappropriate language to them.

Teacher Nicole LeMire in a suburb of Columbus, Ohio stopped the bully in her Grade 5 class in 2014 and allowed the students to express their pain and dislike of his behavior.

This was a following of best practices that mental health professionals and advocates for anti-bully and anti-abuse programs promote. LeMire's reward was job termination. Why? Because the bully's parents complained. LeMire sued.

Abuse and Bullying In a Suburb 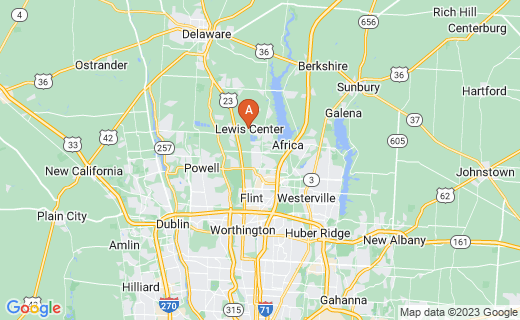 Nicole LeMire was fired from her elementary school in this higher-income town between Columbus and Delaware, Ohio. Her lawsuit is in progress.

Dorothy Espelage, a professor of educational philosophy at the University of Illinois at Urbana-Champagne and an expert on bullying, says that LeMire’s choice to publicly confront the bully is exactly what teachers should be doing.

Some adults in authority do not want to confront the problem of bullyism at school, this lack of action related to:

Children will perform less bullying behavior when they see adults address it out in the open, immediately, in public.

In 1960s New York City - March 4, 1964 - Catherine Genovese was knifed to death in an area akin to a high rise apartment building courtyard while tenants and passersby looked on and did nothing to help her, not even calling for the police. -- Simon Dinitz, a second generation founder of criminology. - This phenomenon is also called the bystander syndrome. Spectators used the excuse that it was a "lovers' quarrel" or "drunken fight" by people leaving a bar.

My own thoughts are these: Kitty worked in a NYC bar and got home at 3:15 AM -- both of these facts of 1) a higher-risk nighttime occupation and 2) late hours hurt her chances of getting into her apartment unharmed in a high crime city. However, we need to work to eliminate all of these crimes as well.

The Genovese killer was, in fact, caught, jailed, and denied parole again on March 8, 2008, 44 years later almost to the day he killed Kitty. He was stopped. He will likely die in prison.

The US National Crime Prevention Council (NCPC) reports that youth and children fear bullyism violence far more than terrorist attacks to the US. NCPC adds to the advise later in this column to:

LISTEN to your child and BE ALERT to symptoms that he/she is a bullying target - emotional or behavioral withdrawal, dropping grades on school work, changes in appetite, torn clothing, or asking for extra money and/or school supplies. TEACH your child non-violent problem solving skills and the ability to make supportive friends.

Myles Neuts. Age 10. Hung by the throat from a coat hook in school at Chatham, Ontario. Died four days later. Hung by two older boys waiting in a bathroom for him. While he slowly strangled on the hook, the boys brought their pals to see "the dummy", but one finally told a teacher. Not in time to save his life.

Gary Hansen. Age 16. Suicide in Manitoba Province. Pulled out of school because of bullies in elementary years, was homeschooled, and returned to public high school, earning good grades. Gary restored a 20-year-old snowmobile to excellent condition and six boys taunted him in envy for nearly three months. The six boys attacked him and called him gay negatively in public. He went home and hung himself without telling anyone about the attack. Jennifer Laviolette, librarian of the local library, wrote a letter to the editor about bullying in the city, receiving many positive reactions. Petitions circulated to begin anti-bullying programs in Manitoba, which have begin to develop.

Physical Symptoms of Being Bullied

Neurological studies in Canada and USA suggest that victims of abuse can suffer shrinkage of their brains because of the abuse along with headaches, balance problems, and dizziness.

Why Do Bullies Bully?

Some people see violence and bullying in cartoons as young children and think its funny. Recall that America is the country that saw the real punches and kicks on the vaudeville stage by Ted Healey and His Stooges and later The Three Stooges as funny.

A\ll this occurred in reactions live and on film between the late 1890s - 1970s (80 years), when people began to look at abuse more seriously and seek a stop to it. While the movies put a stop to actual physical contact early on, young children did not realize it. Cartoon violence affects some young children as well, not all.

Recall also that this is the country that derived humor in some parts at some times from physically and verbally abusing slaves, Chinese, and some Native Americans, as well as other immigrants that were not WASPS [White Anglo Saxon Protestants]. Animal torture has also been seen as highly humorous in some sectors - setting fired to turpentine rubbed on farm cats, for example.

This is a country that contains some sectors in which some people still torment gays/lesbians/transgendered, etc; women, men that don't like sports. high academic achievers, and a newer group -- high school boys that are under 6 feet tall. That one is occurring in our western suburbs here.

In summary, one reason that some bullies bully is that others find it funny or harmless, and the targets "probably deserve it anyway." In truth, it is all about "power over" others.

I solved this in my high school myself when I was a junior, because no one would ever help me, starting back in the 1st grade.

Juniors and seniors would make fun of freshmen and sophomores, calling them names, hitting and kicking them, tripping them, and telling them they could not use the water fountains or bathrooms until upper classmen were finished with them.

One morning, three senior boys started in on 4 younger boys and girls in this manner when I was 5th in a line of 12 seniors and juniors at a water fountain. I shouted (in front of teachers, who were put on the spot), "This is not going to happen any more; get in line ahead of me." It was so sudden and so surprising that a girl would do this at the time, that the tradition of water fountain and bathroom hazing ended. It just lost its wind, since the teachers thought they needed to enforce it since they'd heard it and could not escape it via not knowing.

Later that day in a study hall in the auditorium, two girls my age from Russian Club ran up to my seat and told me to get up and bow down on the floor because I was newer to the club. I ignored them and other students laughed. Study hall ended, I went to the Russian Club teacher and school principal and quit the club; the teacher was called before the principal. The bowing down initiation ended.

Throughout 10 previous years of school, I had become fed up with minor hazing to verbal and physical bullying, saying that enough is enough after 10 years. I took things into my own hands, because adults would not help previously.

How many kids can do this? We need to teach them to resist a bully very early in life.

Mental health issues cause a certain percentage of children to become bullies. Abuse and Bullying are both "power over" other people. They are a means to control others. Children must learn not to be controlled by bullies and adults much teach them.

Child abuse at home is one cause of these mental health issues. Abuse is often inter-generational. However, other mental health concerns can cause bullyism to manifest and a doctor should be consulted in order to rule out physical or nutritional causes first. A child can also learn to be a bully from watching others bully people and animals - and verbal abuse is the first step toward physical abuse in the majority of reported cases. (Nip it in the bud there!)

Some children stand up for themselves, so the bully turns it around and accuses the target of being the bully. Adults need to see through this ruse. See these related links:

Taking a Stand - by Tony Bartoli, who has Cerebral Palsy

How to Handle a School Bully

Canadian school principles advise us to use and teach the following methods that they have found effective during the last 10+ years. American researches, teachers, and principals have gathered corroborating evidence for the following as well: Other Causes, Other Solutions, Other Stories