A Sore Spot from Belmont, California

In July 1985 Charles Ng and Leonard Lake monopolized the media with numerous grisly murders in Calaveras County, California. Other things were going on in the area, too, perpetrated by 24-year-old Jon Scott Dunkle.

Dunkle was an oddball with few friends and kept to himself growing up. In some ways he was highly intelligent, as long as it didn’t tax his dyslexia. He was definitely an underachiever who was unable to organize tasks. When he had difficulty performing, he either became violently angry or resorted to tears. However, this seemingly sensitive young man admitted that he had thoughts of murder at the age of 12.

In 1977, a shy youth was introduced to the Davies family by their older son, Jimmy, at Belmont Baptist Church. He practically became a member of the family, allowed to come and go at will. In 1980, he received a white Honda civic from his father on Christmas, and couldn’t wait to show his second family. When Jimmy graduated and left home in 1980, Jon befriended their younger son, Mark. Then came his younger brother, John. Then John Davies disappeared from home in 1981, without even a pair of shoes, as did Jon Dunkle This was odd, as Dunkle practically lived with this family over a four year period. The local police cleared him from having anything to do with the disappearance. 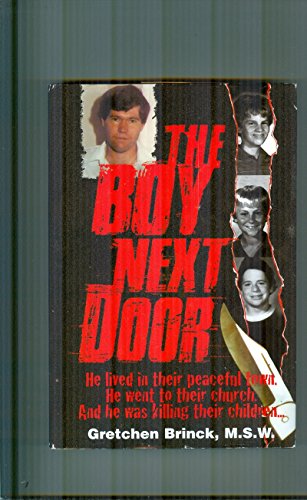 The Boy Next Door
Buy Now

In January of 1982, Dunkle slammed a 2 x 4 into the head of Monti Hansen, but he got away with it, even though it was reported to the police. It was treated as a simple fight.

In November of 1982, Steve Murphy, a diabetic, was struck by a car. He was then placed in the car and dumped over an embankment. He survived, as he was found crawling out of the area and rushed to the hospital for surgery.

In October 1984, young Lance Turner’s body was found. Dunkle was suspected, and the composite drawing was identified as him.

Sean Dannehl disappeared on the evening of July 2, 1985. He was found six days later in undergrowth, with his bicycle in the general area. The body was hard to recognize due to extreme heat, but there was a telltale sign that it was him, a cast on the left arm. There was also a 2 x 4 with a nail that was discovered to be the murder weapon, a trademark of John Dunkle.

The Investigation and Current Information

Finally, an undercover female police officer was used to pose as Dunkle’s girlfriend, and he committed a burglary while she was in the area. Two children lived in the household, and there was evidence that he had been in their bedrooms. Through the actions of a tail officer, harm to them had been avoided.

Several organizations for lost and exploited children came into being due to some of these cases. California was pushed hard by its citizenry to pass laws to protect children, and that finally happened, but well after the fact. Both Mr. and Mrs. Davies fought very hard for organizations. They were finally able to have a memorial service for their son, John, on October 18, 1986. Their son had been missing for five years.

Due to the work of Jon Dunkle’s cellmate, a good deal of information of discovered about the whereabouts, as well as the actual details of the deaths of these missing children. He made many admissions about these crimes, including maps of where John Davies remains lay.

Originally, Jon Dunkle received a death sentence, which was later commuted to life without the possibility of parole on the Dannehl case. Not only was he determined to psychologically be a psychopath, a question was brought up whether or not he was possibly afflicted with multiple personalities.

Additionally, in 2002, it was learned that Dunkle is on death row. He is seriously mentally ill and had a guardian appointed. He still remains a problem to the system, as California law states that a mentally ill criminal cannot be executed.