A week of Terror 2015 Thanksgiving

The night of Friday Nov 13th, 2015 was a night to remember either good or bad. On the night of a friendly soccer (football) game at the Stade de France a boom left players wondering what was going on as they paused to identify the source of something awful. A suicide bomber strapped with a vest of explosives made his way into the entrance before security noticed something suspicious but not before detonating his death laden accouterments. Then two other explosions rang out near the outside of the stadium. French President Hollande was supposed to be in attendance.

At the Bataclan theater attackers unleashed a hail of hot lead onto an unsuspecting crowd of concert goers killing 89. Hostages were taken however before being caught in a stand-off with police. Seven attackers down later marked the start of the getting back to peace...

Then a milieu of suicide bombings and shootings rampage across Parisian venues. A total of 130 lay dead in the aftermath. Closed Circuit videos show the carnage. Lives are spared only by the exhausted magazines or jams of the AK-47's wielded by those who cowardly attack unarmed innocent civilians.

Who could have been responsible for these vicious acts of cowardice? You guessed it ISIS/ISL; whatever one would formally call them. ISIS claims responsibility for the attacks citing French airstrikes on ISIS held targets in Syria and Iraq. Locations were chosen due to Anti-Semitic feelings towards the owners of certain venues such as the Bataclan.

After the fact it became apparent from evidence and intelligence that these were well planned and executed attacks. They were composed of three teams with identical equipment and explosive setups. One would be found with a Syrian refugee passport which is not exactly known if it is his real identity or not. However the passport was discovered to be a fake when another subject was stopped entering from Greece with a passport containing the exact same information minus the name.

Obviously there had to be a lot of planning and coordination to orchestrate these attacks. There had to be a supplier of the weapons and explosives. A communication source whether via mobile phone service or any number of social media app or other smartphone communication app that inhibits discovery of messages from authorities.

Contrary to Obama's opinion that they are just a "JV league" this is proof positive of the sophistication, planning and coordination involved that shows ISIS is a force to be reckoned with if not put in check.

There needs to be a more open channel of communication of Intelligence. Law Enforcement communities have a hard time with this. There is a need to feel that they are important and exclusively have a stake in the information gained and want to hoard it for fear that they will not be called upon for future intelligence. While as well other agencies ignore or overlook the intel that had been shared causing a ripple effect downwards that hinders and often times discourages the gathering of intelligence period.

Case in point it was later discovered that a car of three suspects were stopped in Belgium headed for France, the vehicle searched and subjects were released however they were suspected of being linked to terrorism. Intelligence was ignored as it had predicted that strikes were to take place in Paris. German sources arrested and confiscated weapons from another driver that may have been connected to Paris. Intelligence communities have shown that they have the ability to collect intelligence and that it is of high value and spot on; the issue is that there are so many "Syrian refugees" through out Europe that it makes it extremely hard to keep tabs on all of them. I speak from experience that literally every little piece of information goes a long way to putting together all the pieces of the puzzle.

Should Refugees be allowed into other Countries?

Call for Support on the War on Terror

"Our common enemy is terrorism and it has a name, Islamic State" urges President Hollande calls on Russian President Putin to help out. He is seeking to create a "grand coalition" to combat ISIS. France realizes that it can not do this alone. Russia has a stake in the ISIS attacks due to a bombing of a Russian plane flying over Egypt on Oct 31st. ISIS later claimed responsibility for the bombing over social media. Holland implores that France is not the only one who has suffered losses at the hands of ISIS; in a statement given of the airwaves he notes that Islamic State is their common enemy and that it has territory, an army and resources. This is an important concept because these attacks are called an act of war against France.

Putin is more than ready to unite with France. In fact as air raids were ramped up within a few days of the attacks; A Russian plane was shot down by Turkey citing violation of airspace. This will not deter Russia, however as they continue to attack ISIS held targets in Syria. Russia has stated however that they will enact political and economic embargos on Turkey. Turkey shows no sign of remorse from shooting down the plane which left only one survivor. Nonetheless Russian attacks focus on keeping Syrian President Bashar al Assad in power where they hit over 450 targets in Syria over the last three days.

It is not stopping at Russia, it is also calling on Germany. An agreement has been met where a campaign will begin in Syria against ISIS in the form of recon jets and refueling planes.There are however no plans to conduct any airstrikes despite further appeal from France. Nonetheless this is the reciprocal quid pro quo for Germany's Chancellor pushing refugees onto European countries despite arguments to stop letting in so many refugees.

Meanwhile Belgium, thought by some to be a terrorists haven is cracking down on terrorist and are conducting raids on hideouts.

Landmarks all over the world are lit-up with the French colors: Sydney Opera house, Eiffel Tower,London Bridges,Times Square; to show solidarity with France. White house? Nope. President Obama claims however that ISIS is under control and is contained and stages a meager 27 strikes spread out across Iraq and Syria which destroyed fighting positions and vehicles. He shifts his focus rather on finding a way to have immigration plans and laws revived and changed to allow for more Syrian refugees to be diverted to the US.

Obama pulls all the stops; from admonishing citizens for wanting homeland security and for not wanting to open a door to terrorist like Europe has done. This weakness has inevitably led to the ability and vehicle for the Paris attacks; not to mention other possible attacks. Obama non-nonchalantly compares the pilgrims of Thanksgiving fame to those of the refugees. This is a questionable comparison. Even though they formed an alliance with natives, they also brought sickness which decimated entire tribes.

Lebanese army commander has recently went on record stating that the camps there holding Syrian refugees are a growing security risk. How could this be one might ask, after-all they are just made up of women and children (according to Obama)? The reason for this alert is that the camps are a hideout for militants as Lebanon has experienced several breaches in its security with clashes between Hezbollah and Sunni groups. This being the very reason why many in government were opposed to the camps from the beginning.

This has lead to much debate on the American political sphere. There is just no way to vet the number of refugees Obama wants to bring into the country in the time that is been given to do it. Furthermore there is no way to verify who is who. Just look at the fake passports that were created and located. Which brings about the million dollar question. Nonetheless despite Obama's comparison to little kids in Malaysia or whatever else he can aspire to bait the public whim; a viable threat to security is still present. At the end of the day it's not just the women and children coming in it is able bodied men; the same men who have orchestrated such bloodshed. Have we forgotten of 9/11? I think Obama never cared... 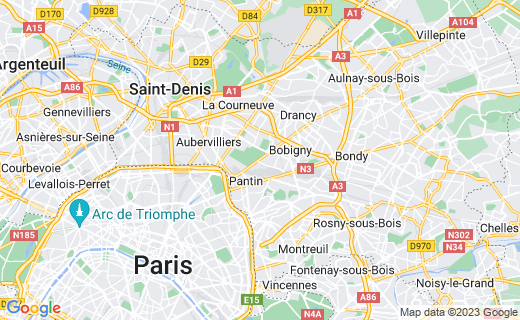