An Open Letter to the Late Edward Abbey

An Open Letter to the Late Edward Abbey*

I wish that I had been able to get this letter written before you died (some twenty years ago), but somehow, even though I know you are on the other side of time, it seems appropriate to finish it. Though I am over 70 years old, I still have a rather serious problem that stems from my youth. I used to and still do get upset over land development--not so much one little project or another but their long-range effect over periods of years (say 70). It seems that we assume human pleasure and human economic development must take precedence over everything else. How else can we explain why dirt-bike trails, for instance, should even be considered in the subalpine areas of the Front Range of Colorado or to be specific, the Snowy Range of Wyoming? Or for that matter, why should we increase the number of snowmobiles buzzing in Yellowstone during winter?

We didn't always (back in prehistoric times), but now we do. Your old friend John Muir believed that there is an "outstanding harmony in nature." Unless we are attuned to it and keep our needs and wants attuned to it as traditional Native American tribes attempted to do, we may face a slow but sure devastation.

Maybe we can never stop wanting more than we have, even allowing for the demands of an increasing population. But surely we can begin to think anew about our relationship with a very habitable place called Earth still blessed with a few wild spots. (I don't mean Hoboken). We can at least try to see from the perspective of a western meadowlark or a cluster of Indian paintbrush or a rattlesnake sunning itself on a sandstone ledge somewhere in Utah. It is possible to accommodate ourselves to this unique continent of snow-flanked peaks, rolling prairies, wooded glacial moraines, grassy marshes (even the Newark marshes), muddy and turbulent rivers and open canyon lands, isn't it?

We must have had a right to build towns (even in flood plains), cities, highways, railways, tunnels and bridges, or something would have happened to them. (I can almost hear you ask with a snicker what about the double-decker Oakland Bay Bridge or Homestead, Florida?) Be that as it may, our cities and bridges are here for a few thousand years anyway, unless, of course, we go to war, or there is a major shift in tectonic plates. In the interim is it not possible to let the land define us? Is it not possible, for instance, to let the mountains define Denver as much as Denver defines mountains? Won't that balance be tilted when Denver sprawls up to Idaho Springs and beyond--say up to Berthoud Pass?

The people of 2070 may be proud of the fact that there is an upper Denver and lower Denver connected by high-speed . The alpine neighborhoods will require much more energy to keep warm and keep the streets clear of snow. But everyone may be proud and happy even though it will be impossible to see the Rockies anymore because of a constant shroud of smog. Sure, the skiers will complain, but they're a selfish lot. Besides, they will have helmets equipped with an infrared light beam. They will be able to see their way alright. So what if they have to change the spelling of Vail to Veil.

As for hunters, it is true that they may mistake some people in Upper Denver (now called Alta Denver) for elk or bighorn sheep, but they can claim in court that the air was so dense that they have a basic right to guess at the identity of their target. Fishermen will eventually tire of reeling in tires and lady's scarves. But I've jumped ahead of myself. I return to my original question. Is it not possible for the mountains to define Denver as much as Denver defines mountains? Shouldn't all cities slow down their encroachment when they arrive at the shores of Lake Michigan, the wild dunes of outer Long Island or the Wasatch Range that dares to block Salt Lake City's eastward expansion? It's not that a single turnpike does any harm per se, but hundreds of them do.

Unless we curb our appetite, unless we try to fit into the existing natural world just a little bit, will we ever be able to enjoy the flight patterns of sandhill cranes as much as those 737's zooming into new international airports?

As you very well know, I cannot respond to your questions directly from my side of time as you put it. But I simply refer you to what I've written hoping you're not a literary critic in disguise.

From Desert Solitaire I write: "All men are brothers, we like to say, half-wishing sometimes in secret it were not true. But perhaps it is true. And is the evolutionary line from protozoan to Spinoza any less certain? That may also be true.

We are obliged, therefore, to spread the news, painful and bitter though it may be for some to hear, that all living things on earth are kindred."

Yours from where land is mostly sky,

* This piece originally appeared as an op-ed in The Denver Post and was incorporated in my book, Where Land is Mostly Sky, 1997.

Have you ever read Desert Solitaire? 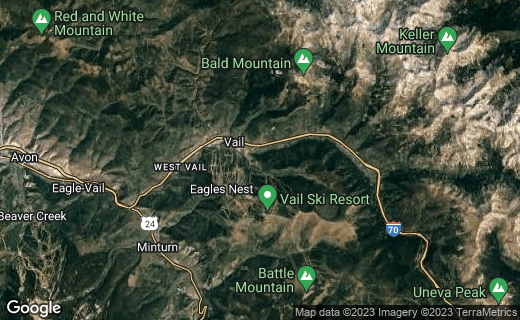