Make Your Own Bernie Shirts and Signs

Virginia is a passionate progressive and now leads a group of women activists in her retirement community. It's not safe to ignore politics.

Fans of Bernie Sanders are endlessly creative in supporting their favorite presidential candidate. They make their own signs and design t-shirts. Some do this because they're crafty and some are just thrifty. You can too. Here are some projects for you.

If a local march, phone bank party, rally or other Bernie Sanders' event is coming up soon, you'll want to get busy fixing your signs and figuring out what you are going to wear. Sometimes you just don't have time to order something or you can't find a design that fits what you want to say.You can too. Here are some projects for you.

Try some of the ideas below to make your own signs and t-shirts. You can do it. Here are some projects to get you started.

Mackenzie Williams‎ on February 12·- I'm tired of having to see Trump signs in my neighbor's windows so I decided to use my artistic abilities to my advantage and paint a huge Bernie sign.

The picture above is not the finished result. I stuck it in my window and wrapped lights around the perimeter of the sign. All in all, let's just say there's now a totally huge Bernie sign on my street that's impossible to miss now.

Have you seen a lighted Bernie sign? A popular activity for Bernie Sanders supporters is to gather on a street corner with signs. They are getting increasingly sophisticated now with lighted Bernie signs that are especially eye-catching after dark. If you want to make a promotional sign, read on down the page.

This video shows the technique for making a neon look sign that can blink. The YouTube tutorial for this goes step-by-step, so I think the average person could do it. This kind is called an electroluminescent sign.

For a large sign, you can have five people, each holding a section.

The Overpass Light Brigade site has video instructions for making this kind of lighted sign.

Get some friends together for a work night and make the signs together. If everyone chips in $10, that should cover the cost of supplies. Look at the link above for what is needed to assemble these.

Participating in a Light Brigade Event

My friend from Baltimore participated in a Light Brigade event. She's the one waving on the right side (holding the B). I asked her if the panels were heavy. Here's her answer.

"Just unwieldy if you're trying to hold more than one and wave too! Gotta stabilize them so they don't fall. off the bridge wouldn't be good... Each two are hinged together though, so that helps. I'm not sure if they were a thin plywood or a pressboard material.. wasn't thinking that much about it then. Each one has it's own battery setup for the lights of that panel. Christmas tree lights, each light with its own drilled hole. Joe, the guy who created them, did an amazing job. Yes, I want to do it again. They've done it on the stretch of York Rd that crosses I-83 north of Towson.

Stenciling Bernie Logos onto Sheets for Marches and Rallies

Eric from the Columbia Gorge 4 Bernie group made this amazing stencil out of a used piece of paneling! We are using it to spray-paint sheets at a sign-making event.

We were blown away that he brought this to our sign-making event! You could hang these sheets on the side of a house or office building or hang them from line tied between two trees in a park for an outdoor rally or a Bernie pot-luck gathering.

Another Friend Made Large Bernie Signs with Zazzle

Fred Thompson Made This Sign for the Back of His Truck

Examples of Signs for a Rally or a March

Mary Jane tells about these, "There is a homeless man who lives down the street from me, he creates all sorts of different Bernie art that blows me away.

He made these 3D Bernie letters from cardboard boxes. He's not often there, but I stopped to talk to him once and he was very adamant that we need Bernie to win to make real change in this world and we talked about how terrible TPP is ...

I'm so moved and motivated to keep fighting for him and all of us.... We ALL need this revolution!"

Make a Bernie Shirt to Wear

Steps for Ironing On the Letters for the Bernie Shirt

Margaret and Her Homemade Bernie Shirt

Margaret Ellen Bradford - I've had a few people message to ask if I am selling shirts. I am not. I just used an iron on transfer. Anyone who was interested in purchasing one, I encourage you to make it yourself for $5, and then donate the other $10 it would cost to buy this shirt over to the Sanders' campaign!

If you do decide to make your own shirt, please remember to mirror the image so it is backwards when you print it on the transfer, so it comes out correctly when you place it on the shirt!

Use a Design from Your Computer to Print, Then Iron-On a Shirt 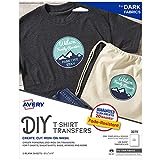 Avery Printable Heat Transfer Paper for Dark Fabrics, 8.5" x 11", Inkjet Printer, 5 Iron On Transfers (3279)
This iron-on transfer works with an inkjet printer and a dark t-shirt. It comes with five sheets in the pack, so you can apply the design onto five shirts. If you want a really big design, you can print half on one transfer and half on another, then line them up to iron onto the shirt. That's a bit tricky. Click on through to Amazon if you want to see transfer sheets to use on white shirts.
Buy Now

Ideas and Tips on Hubpages for Decorating T-Shirts

Another Design with Iron-On Letters

Steps for Ironing-On Bernie on a T-Shirt

Have You Created Your Own Bernie Shirt?

Steps for Making the Shirt Pictured Below

Use Fabric Paint to Decorate a Bernie T-Shirt

Here's the Kind of Paint Available for This Project 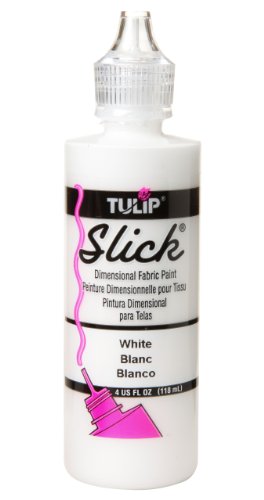 Tulip Fabric Paint, 4 Fl Oz (Pack of 1), Slick White
There are sets with lots of colors and you can even get ones with sparkles. I just opted for this plain white for my colored shirt. This dimensional fabric paint gives a raised effect too.
Buy Now