Black Civil War Soldiers in the History of the Civil War 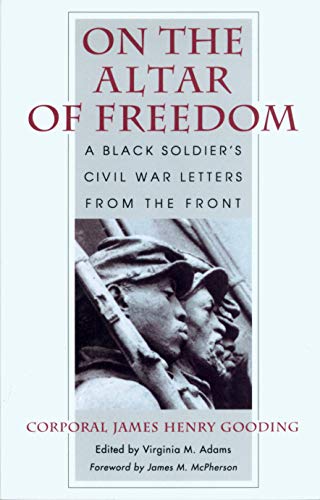 On the Altar of Freedom: A Black Soldier's Civil War Letters from the Front
Buy Now

Black Civil War Soldiers and the History of the Civil War

The military base I’m stationed on is preparing a Black History Month luncheon with the theme of black soldiers and the history of the Civil War.  Realizing that I hadn’t heard or read much on this aspect of the war I decided to do some research and in turn I found some very fascinating information on both the Union and Rebel sides.  As this year marks the 150th year of the start of the epic American struggle known as the War Between the States, the Blue versus Gray, or the American Civil War 1861-1865, I decided to focus a short article on the role of colored troops in the Civil War.

The level of the black soldiers role in the armies on both sides was very surprising.  Although the colored soldier was not as prevalent on the Confederate side it was still interesting to discover they were employed in this role by a government that viewed their race as inferior to the white race.  There are reports of General Stonewall Jackson’s forces employing several thousand black soldiers during his Shenandoah Valley campaign of 1862.  A handful of Confederate soldiers captured at Gettysburg were African American and during a reunion there in the 1920s many black Confederate soldiers attended and were openly welcomed by their fellow Confederate white veterans.

Not surprising the Confederate government became more and more receptive to using colored soldiers as the war outlook became bleaker towards the end of the war.  By January 1865 when the South’s need for manpower was critical General Robert E. Lee asked the Confederate Congress to enlist black slaves into the Army with the promise of their freedom if they fought honorably and survived.  In March 1865 the Confederate Congress did in fact pass legislation allowing the enlistment of slaves.  This was followed with the Confederate President Jefferson Davis issuing a military General Order on 23 March 1865 authorizing black soldiers use in the Confederate Army.  Less than a month later General Robert E. Lee surrendered to General Ulysses S. Grant ending the war before the Confederate slave enlistment policy could be implemented.  It’s interesting that had the war been prolonged the role of the black confederate soldier could have been much more pronounced.

The Union utilized African Americans as military members to a much greater extent than the South following President Abraham Lincoln’s Emancipation Proclamation in September 1862.  By the war’s end roughly 200,000 African Americans had served in the Union Army and Navy.  This equated to approximately 10% of the Union Army and 16% of the Union Navy.  To fully appreciate the role and importance of the Union’s black civil war soldier you must realize that General Lee’s Confederate Army at its largest point stood at roughly 500,000 men.  Thus the Union colored soldier represented well over one –third of General Lee’s entire Confederate force at its strongest period in the war.  This is a point that I believe does not get near the significance that it deserves.  One more statistical point that’s of value is during the Civil War African Americans made up roughly 1 percent of the Union population yet the colored soldiers were 10 percent of the huge two million strong Union Army.    Blacks in the North during the Civil War were much more willing to serve as a whole when compared to their white counterparts.  Frederick Douglas, a famed black abolitionist, called for blacks to join the Union Army as it was the best way to ensure citizenship for blacks following the war.  The fatality rate for the Union white soldier was under 9 percent while that of the black soldier was 20 percent.

The Evolution of the Union Black Soldier

Prior to the Emancipation Proclamation it was illegal to have a black soldier in the Union Army.  This did not stop the limited use of the Black Soldier by some Union generals.  Initially runaway slaves captured by the Union Army would be returned to either their master or Confederate officials under a flag of truce.  This policy took a drastic change early in the war when in 1861 General Benjamin Butler, a trained attorney in civilian life, refused the request of Confederate officials for the return of captured runaways.  The request was denied under the “contraband” policy which effectively meant the slaves were considered to be a capture asset just like machinery or artillery pieces.  General Butler retained the runaway slaves and assigned them support work for the Union Army.  He authorized no pay for their work and referred to them as slaves.  It was often noted that runaway slaves commented after the war that their work as “contraband” for the Union Army was harder and more repressive then what they knew at the hands of their Southern masters.

The Confiscation Act of 1861 and General Arming:  The Beginning of the Black Soldier

Soon after Gen Butler’s “Contraband” declaration the Lincoln administration passed The Confiscation Act of 1861 which directed that all blacks encountered in Confederate territory were to be taken and utilized at the Union Commanders discretion.  The blacks were to be considered property of the Union government.  This led to the captured blacks being put to use on routine daily tasks that were previously performed by the white soldiers thus freeing them up to concentrate solely on fighting.  As President Lincoln realized that the war was not going to end quickly and the Union needed more manpower but drafting more white soldiers was not politically feasible he authorized the “general arming” of the “contraband” captured slaves.  This was the initial step to bringing about the black soldier.  The effect of this policy was to officially sanction arming and training blacks for service although initially there use was limited to security measures to further protect Union lines.

The belief that the Northern white public was not ready to see an armed black soldier was the reasoning behind the “General Arming” order.  This did not preclude the new black soldier from seeing direct armed combat and helped set the stage for the Black Soldier to show their battle worthiness.  After the Emancipation Proclamation in Sep 1863 the role of the Black Soldier expanded greatly to include direct fighting activity.

Ironically a black soldier earned the same as a white soldier in the Rebel Army.  Prior to June 1864, the Union paid its colored soldier $10 a month with an optional deduction for clothing of $3 a month.  A Union white soldier earned $13 a month and a $3.50 clothing allowance.  After June 1864 the Union pay rate was changed so that pay would be the same for both the white and colored soldier.

Treatment of Colored Soldier as Prisoner of War

The Civil War resulted in a loss of over 500,000 American fighting men.  It is widely regarded as the first major war fought with modern deadlier weapons of the industrial revolution.  Although the weapons, particular the rifle’s accuracy was much lethal the strategy behind the battle attacks and defense had not evolved.  This equated to a high mortality rate as the soldiers lined up in columns and charged the enemy.  With deadlier rifles the resulting deaths in battles would grow to beyond 50,000 as seen in the 3 days of fighting at the Battle of Gettysburg in 1863.

The Napoleonic battle strategy resulted in a survival rate of 7-1 for a soldier going into a battle, a horrific rate.  Unfortunately survival as a prisoner was about the same regardless if you were a Union or Confederate prisoner.  During the war the Union took roughly 215,000 Rebel prisoners with them suffering approximately 26,000 deaths.  The Confederacy took 194,000 Union prisoners of which 30,000 died.  After the war investigations into prisoner treatment resulted in the reason for the death rate at both the Confederate and Union prisons were lack of proper housing, medical care and nourishment.  General reasoning for these conditions in Confederate prisons was attributed to the lack of capability to provide them due to the imploding Confederacy government and resources.  Reasons attributed to the Union prison camps high death rate was traced to intentional restriction of these items in what was regarded as a policy of retaliation in response to reports of poor conditions in the Southern prisons.  There were documented reports where Union prisons increased the number of guards prior to reducing the daily rations to handle the rioting that they knew was coming.

Originally the Confederate leaders responded to the employment of black soldiers by the Union with the threat to charge their white leaders as inciting slave rebellions, a crime usually met with immediate death.  The black soldier would be turned over to the state and ultimately sold into slavery.  It wasn’t until President Lincoln issued General Order 233 authorizing reprisals on Rebel prisoners equal to the mistreatment of Union black soldiers that Confederate leaders backed away from this threat. 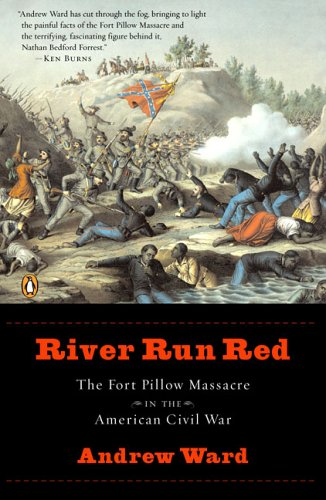 With their role in direct combat increased following the Emancipation Proclamation the Black Soldier performance was rewarded with a total of 25 black Civil War Medal of Honor Winners.  Seven served in the Navy with the other 18 being colored soldiers.  Of the 18 colored soldiers to win the Medal of Honor 15 served with the Union’s Colored Infantry Troops while the 3 were in  state volunteer units.

Of the 18 colored soldiers who won the Medal of Honor, 14 of them won it during the Battle of Chaffin’s Farm, Virginia, September 29, 1864.  Four of the seven black sailors won it for the Battle of Mobile Bay, Alabama, August 5, 1864.

Although not a complete rundown of battles involving the Union’s Black Soldier the ones listed were significant in many ways to the perceptions of the Black Soldier.

Ft Wagner, SC, 1863:  Depicted in the movie Glory; 54th Regiment of MA Volunteers 2/3 of officers and ½ of black soldiers lost their lives.  One of the first major battles involving the Union’s Black Soldier and is credited with having a huge impact on the battle worthiness of the Black Soldier.  William Carney became the first Black Soldier to be awarded the Medal of Honor.

Battle of Fort Pillow, TN, 1864:  Over 200 black soldiers were killed most reportedly after surrendering.

Other articles by AF Chief

Did you find this article informative and interesting?