Diamonds the heart of the story

Diamonds are the most sought after gems they are; timeless, beautiful and symbols of love. Blood diamonds are not mined because of their colour. But because of the human conflict associated with diamond mining - millions of innocent victims have lost their lives in enslavement and crossfire of the Revolutionary United Front (RUF) a rebel military force. Blood diamonds should of made Sierra Leone a paradise - instead it was hell. Life expectancy was 30 years old. Ten to fifteen thousand children were abducted. An estimated 50, 000 were killed. The brutality that Sierra Leoneans suffered under RUF rule should not be forgotten.

For over a decade (1991-2002), civil war raged in Sierra Leone fueled by blood diamonds, the Revolutionary United Front (RUF) a military force funded arms with the sale of blood diamonds, arms dealers flew directly into to Sierra Leone to trade arms for blood diamonds with the RUF. Civilians endured brutal treatment by the RUF. Limb hacking was one tactic used to intimidate and spread terror among the civilians. The RUF enslaved people to work in the diamond fields. Rest was prohibited and little or no food was supplied to the slaves who eventually died from starvation and exhaustion.

The RUF recruited child soldiers they forced them take cocaine and drink cheap alcohol. Then the RUF would then brainwash the children. They told them that their parents abandoned them and that they should kill them. The RUF turned the children into sex slaves or killing machines. Around 10 - 15,000 children were abducted. 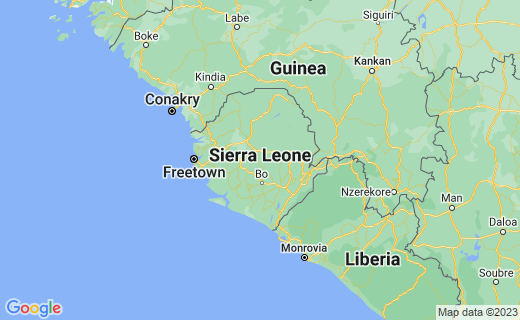 Buyers were easy to find, diamond dealers set up joint mining partnership with the RUF, blood diamonds was big business, as a result, consumers were funding the war. The RUF had no opposition and they had total control over the diamond fields and the people were at the mercy of the RUF - thousands died unnecessarily. The Nigerian Army intervened and drove out the RUF. The United Nations imposed sanctions on the diamond trade. An estimated 100,000 people were mutilated during the civil conflict that ended in 2002. The ravages of war destroyed the infrastructure of Sierra Leone. The majority of people made a living out of agriculture.

De Beers diamond traders dominated the African diamond market for 100 years, they were under fire and feared that their diamonds would be boycotted. They controlled the diamond supply, and therefore, controlled the prices. Diamonds are not a rarity, they were simply regulated by De Beers to stop flooding the market. Diamonds are the heart of the matter - until something was done about diamonds the civil war will never be over. Scathing reports were released directed at De Beers Group they closed their office in 1985. Claims were made that De Beers were still purchasing diamonds after they were smuggled out of the country. If you cannot buy them in the country that they are mined then you can buy them elsewhere. De Beers were buying diamonds that were smuggled from a whole variety of places. Conflict diamonds were getting through to the international markets.

Sierra Leone economic base had been mining. The country is rich with natural resources, yet, seventy percent of the people live in poverty. In 2014 Sierra Leone governments' mining company was the biggest company in the country. Villagers were forced by the government to leave their fertile land, and resettled onto a flat arid location. The location that had sustained them was taken and their new location produced a no yield. The immediate post civil war period has had little positive impact for the people of Sierra Leone.

Sierra Leone is gradually emerging out of the rubble. Around 1,270 primary schools, books and businesses were destroyed. Certainly, there will be some that will be apprehensive about the future. Lack of education, employment could lead to isolation and resentment. Reconstruction of buildings, schools hospitals and roads will supply basic services. The religious leaders gathered, of various denomination, and urged the people to move on and look to the future.

Hope, Life and a Future