Black Slavery in America Lasted Until the Cold War

American History is full of events and people that Americans are not proud to claim. This is the price of being a country of humans and one of the prices of freedom in the republic. One such event is logged in Volume 73 of the Federal Supplement, page 76 (1947) and still makes attorneys, judges, and students of the law shudder and shake their heads in disbelief. The case is 65 years old at this writing and it is still unbelievable though true. In addition few people seem to be aware of it.

The event became a high profile court case in 1947. In it, America discovered that an 18-year-old African American woman was held as a slave by her teacher and "friend" for 40 years.

After several false starts toward freedom, Dora L. Jones (1896 - 1971) was discovered in captivity by California police after receiving a tip.

The officers discovered Ms. Jones as she was forced to sleep among bags of luggage in the back of the 1946 car owned by her long-time captor and the captor's second husband. There was not much room in most automobiles in those days, as we see in the photos below. In 1946 at age 58, Ms. Jones was found emaciated, suffering from acute swollen ankles related to sleeping confined among the luggage in her "owner's" car.

The auto was parked on the street outside the house in which she was forced to work from sunrise to sunset without compensation "or else." These circumstances had spanned four decades of abuse.

The confinement in the car alone could have killed her, as such confinement in a tank on assignment killed reporter David Bloom with a blood clot that traveled from his leg to his heart and lungs during the War In Iraq in 2003.

Reading and writing through a variety of topics brings to light cases such as Dora Jones's. Some unheard-of things are contained in history and reveal themselves when one follows a trails of books.

I learned about Jones as I stumbled upon a first edition of a paperback copy of Anatomy of a Murder (based on a true story) by Robert Traver in a book shop.

The next day, I found another mystery by the same author for 50¢ at the library and discovered that it was a set of stories based on cases in which the author had been involved. He had been a Michigan judge with a pen name. He mentioned case law references, astounding me with a reference to slavery in 1947. From there, I found the legal documents in archives.

Constitution Of the United States Of America, Amendment XIII

Neither slavery nor involuntary servitude, except as a punishment for crime whereof the party shall have been duly convicted, shall exist within the United States, or any place subject to their jurisdiction.

Congress shall have power to enforce this article by appropriate legislation.

The Kingston NY Daily Freeman ran a related story on March 20 of that year. Both publications reported that a wealthy Boston, Massachusetts couple, Mrs. Elizabeth Ingalls and her second husband Alfred Ingalls, enslaved Dora L. Jones on threat of imprisonment or commitment to an insane asylum.

The couple transported Jones across the country to California, forcing her to sleep in their car or on the floor of their motel rooms, without bedding, after she tried to escape.

The couple's daughter, Mrs. Helen Ingalls Roberts, reported the slavery to the Berkeley California Police Department, stating that a third party reported it to the FBI. 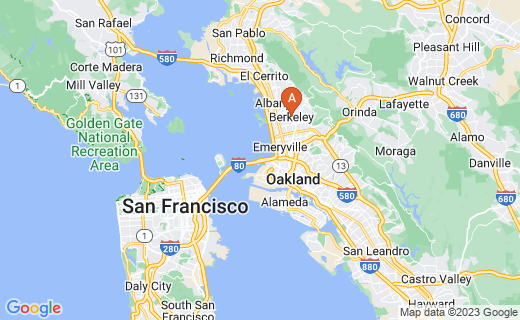 Berkeley, north of San Francisco in northern California, was home to a slave after WWII.

Alfred Ingalls had been a US Army officer in WWI and WWII, had been a Massachusetts state legislator, and was a director of the New England Watch and Ward Society, a group founded to uphold public morals. For work, Alfred was ironically an attorney.

Police were tipped off by one of Mrs. Ingalls's daughters from a previous marriage: Helen. This alerted the FBI, and a second daughter, Ruth, also testified against her mother in court.

Ironically, It was Mrs. Ingalls herself that drew the attention of the FBI by reporting that Dora Jones was. In reality, Helen and her husband persuaded Dora to leave and tipped the police to the illegal, forced labor and captivity. Dora, age 57, had been a senior citizen forced to sleep among suitcases in the small backseat or trunk of a car.

— Quote from the case transcript.

How did this happen?

During Elizabeth Ingalls's first marriage, her husband allegedly seduced Dora Jones, who had been a pupil in teacher Elizabeth's school and who had come into the home to work as a maid.

After the adultery and a subsequent related abortion for Jones, Elizabeth divorced her husband and lied to Dora that as part of the divorce decree, Dora was on permanent "probation", required to work for no pay for Elizabeth for the rest of her life. In the early 1900s, with no one to consult, Dora believed Elizabeth.

As Jones grew older, she learned differently and made a few failed escape attempts. It was not until the family arrived in California and moved from one county to another, near Helen, that the case was uncovered.

Every time Dora complained of her maltreatment, Elizabeth renewed her threats to imprison her slave or to send Dora to a lunatic asylum. The latter was easy to do, supported by the fact that many women who wanted divorces were committed, by their husbands in those days. Elizabeth kept Dora isolated and frightened into submission, a hallmark of abuse.

When her daughters testified against her, Elizabeth Ingalls called one a Communist and the other a Nazi.

She was fined $2,500 in 1947 and ordered to pay Dora $6,000 for unpaid wages, probably not enough. Prison time was suspended, but it would have been poetic justice for Ingalls to serve time in confinement.

Presiding District Judge Jacob Weinberger felt that United States vs. Ingalls was a hallmark case, published his opinion denying Elizabeth Ingalls's motion for a new trial, and the story went to the newspapers.

Free at last, Dora L. Jones went to live with a brother in St. Louis after the trial, dying in 1971 amid the Civil Rights Movement.

Lawyers, judges, and law students still shake their heads about this case, and I join them. Different sorts of human trafficking besides slave labor exist in our country today and they should be stopped.