In this report I will be addressing procedural justice and legitimacy. More precisely I will be evaluating how an officer of the Cincinnati police department went about his daily duties. I will address certain questions and relate them to material I have referenced from my criminal justice program. I will mainly be focusing on Tyler T. (1988), “six procedural justice considerations”. I will also give some other supporting references that will back up my paper and reasoning to why I feel the way I do on the issues I am addressing. Again this report is basically my evaluation of an officer Damert; from the Cincinnati police department, and his behavior while working his shift in Cincinnati.

Officer Damert used stopped and searched a young black male without probably cause and just on a hunch and his experience of being a police office. The suspect later filed a complaint but did not receive worthy results in his opinion.

Consideration #1, Consistency: I think that the suspect might feel that he has been singled out because he is a young black male. He probably feels that if he were white that officer Damert would not have stopped him and searched him.

Consideration #2, Ability to suppress bias: I think the suspect probably feels that the officer may have been prejudice towards him because of his race. Had the officer been black like him he may have been less likely to feel this way.

Consideration #3, Decision quality/accuracy: I believe that the suspect probably believes that the officer was well within his rights when he decided to search him. He may have even felt lucky that he didn’t find anything on him.

Consideration #4, Correctability: This is not an issue as the suspect did not file a complaint.

Consideration #5, Representation: I think that the suspect has probably had experiences with the law before. My reasoning for this is because he didn’t exercise this right much but rather stayed quiet and only spoke when spoken to.

Consideration #6, Ethicality: The suspect probably felt that the officer was in his rights to stop him and search his person but also probably didn’t like it.

Is this good proactive policing: Yes, I feel that it is good policing if you are a person who wants drugs off the streets. However; if you are someone who is totally pro-civil rights then the answer may be no. Most citizens would probably get upset by an officer stopping them while they were walking down the street and asking to search their person. This would probably definitely be the case if you were an upstanding citizen and didn’t do drugs or criminal acts. Furthermore; you would probably be even more upset if you were a person that the public knew and they witnessed you being searched by the police. It could even damage your character. Just imagine if you were a Judge or a Doctor or a Lawyer or some member of society who is supposed to be a law abiding citizen. The public might assume that if the police were searching you that they suspected you of criminal activity, which would most certainly have to be the case if they were to search you. So, for all people to have equal rights and protection under the law an officer should really have some solid evidence in order to be able to stop and search you. This would be what is called probable cause. In this case the police officer did not see the suspect with any drugs nor do anything wrong so according to the law this is probably not very good behavior for a police officer.

Would you recommend the officer have done something different: I actually concur with Cecil Thomas and his recommendation of how the situation could have been handled differently. However; I don’t believe that the police department probably has enough resources to exercise his method all of the time and that is why the officer was doing what he was doing. Cecil Thomas, who was a cop for Cincinnati for 20 years and turned into a human relations commissioner and is also black, suggested that, “the officer should have rounded the corner and called for a back-up under cover officer to stake the suspicious man out.” I think that the actual laws of Cincinnati would concur with Mr. Thomas’s suggestion. The officer did not see the man doing anything illegal. Wherefore; he really didn’t have any probable cause to stop and search the suspect.

Compared to clip 1 has your opinion regarding procedural justice considerations changed: I feel that the suspect had a right to file a complaint. The officers not allowing him to do so was a violation of Tyler’s 4th consideration-correctability. However; after watching the second Dateline clip and knowing now that the suspect had been convicted of drug possession before changes my opinion some what. Still I feel that everyone should be entitled to file a legal complaint against a police officer. It is the departments job to decide if the complaint is worthy of acknowledging. Perhaps the suspect had stopped using drugs and felt that he was now being harassed by officers who knew his past. The officers even went as far as to threaten the suspect with legal ramifications for making a false statement. I believe a lawyer could turn this situation the other way around and claim that the officers were coercing the suspect out of his civil rights to file an official complaint against a civil servant. 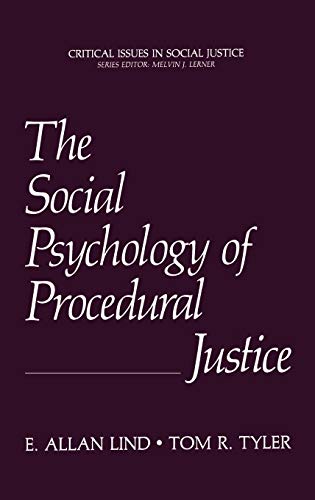 What are the potential ramifications of this incident for the community and police-community relations: The street people could begin to not trust the police and even possibly start having negative feelings and thoughts about them. The community may not like how police go after suspicious people. However; most who want drugs and drug dealers off the streets probably are for police behaving in the manner that officer Damert did. However; if the police were to being simply randomly stopping and searching everyone equally then I am sure that the publics opinion would begin to change on allowing the police to act in such a manner. In my opinion this is a very poor display of what Tyler calls procedural justice. I feel that it more rightfully resembles the deterrence method of policing.