Dave Roever, (pronounced "Reever"), has inspired me. I first heard him speak at our church several years ago. During the service, he walked to the piano and begun to play. Read on to learn how badly his hands and fingers had been blown up and burned. I can easily say that he is the best pianist I have ever heard. He is truly a miracle that God has blessed and protected.

3 things you should know about Dave Roever

Dave is a strong, committed Christian, a loving husband and father, and a fantastic piano player.

When Dave Roever enlisted in the Navy on February 9 , 1968, he had no idea what was in store for him. He had no desire to hurt anybody. He wasn’t a fighter. He wanted to perform his duty to his country, but not go to Vietnam.

He was studying to be a minister and could have gotten a ministerial exemption. But he thought of all the boys who were defending our country, and his conscience got hold of him.

I'll Be Back Without A Scar

Soon after he reported for duty, they began training to go to Vietnam.

He had a 10 day leave before his departure for Vietnam. He asked Brenda to come alone to meet him. He needed to spend time with his wife before he saw the rest of the family.

At this point, he imagined coming home from the war healthy and fit, without a scar, stepping off the airplane to a welcome home party of two, just he and Brenda. This day was the closest he would ever come to that fantasy. They decided to wait till he came home to start a family, in case he didn't come home. When he kissed her goodbye, he said," Baby, I'll be back without a scar."

Soon he was in Vietnam. When told to take a VD shot, Dave replied, “ Get out of here with your needle. I don’t want VD.” He was told it was to keep him from catching it. Dave replied, “I know a better way. Keep your vows to your wife and you won’t need a VD shot.”

At last the men were using all the training they had gone through. They were in a boat on the Vam Co Tay in Vietnam firing 500 rounds a minute per gun. Enemy fire was coming from a bunker. Dave picked up a white phosphorus hand grenade, pulled the pin, and drew back his hand to throw it. It was six inches from his right ear. Before he could throw the grenade, it exploded in his hand. His chest was ripped opened to where he could see his heart beating through a hole. His right hand was severed almost completely in half with fingers dangling by tendons. His right thumb was hanging by a tendon. Blood was pumping from an artery in his right hand. The inside of his left arm was on fire. He was blind in his right eye and deaf in his right ear because the entire right side of his head was stripped down to skull. His right cheek was blown back so far that his tongue almost fell out of his mouth.

The First Positive Thing to Come from This Tragedy

He jumped into the water with his chest and back on fire. His skin was still burning even though he was deep in the water. When his head surfaced, he inhaled and sucked fire down into his lungs, bronchial tubes, and throat, scorching the inside of his mouth and vocal cords. After surfacing, Dave says his next words were, “God, I still believe in You!” Hearing those words, a buddy realized in a sudden instant the reality of Christ and fell to his knees, giving his heart to Christ.

“My wife Brenda, still a teenager, walked into my room; a girl I had respected while we dated. She was a virgin when I married her and so was I. Our relationship was built on respect, not the back seat of a car. Two kids had waited for each other because they respected and honored God and themselves. Now, that respect would come back, not to haunt me, but to help me. The day Brenda stepped into that room it was truth or consequences. She walked up and read the chart on my bed to confirm I was her husband. She read the tag on my arm to be certain the right man was in the right bed. Then convinced it was me, she bent down, kissed my face, looked me in my good eye, and stated, ‘I want you to know that I love you. Welcome home, Davey.’”

Their Family is Increasing!

In March of 1971 their son Matthew was born. Given the high incidence of sterility among burn victims, Matthew was a great sign to them of God’s blessing. It was God’s way of telling them that life was going to go on. In June of 1973 their daughter Kimberly was born. Dave and Brenda had begun to travel and preach and were in great demand. Then one night as they left a meeting, Dave felt strongly that God was calling him to go back to Vietnam as a missionary evangelist. To go back, not with an M-16, but with John 3:16. Today, with a message of hope and encouragement and Brenda still by his side, he inspires millions of students, veterans, and others throughout the United States, Vietnam, and the world.

Do you want to know for sure that you're going to heaven when you die?

If you need to have the assurance that all Christians have, there is a prayer below. Remember, it isn't the prayer that saves you. It is trusting in Jesus Christ.

"Dear God, I know I'm a sinner. I know my sins deserve to be punished. I believe Christ died for me and rose from the grave. I trust Jesus Christ alone as my Savior. Thank You for the forgiveness and everlasting life I now have, In Jesus' name, amen"

If you would like to see a living example of the prayer of salvation, watch the video below.

Sound off! What do you think of Dave Roever?

Is this the first time you have read about Dave Roever? Lives have been changed for the better after hearing his story. Let me know what you think. 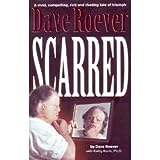 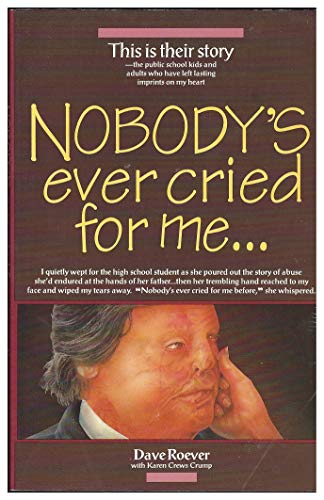 Nobody's Ever Cried for Me
Buy Now 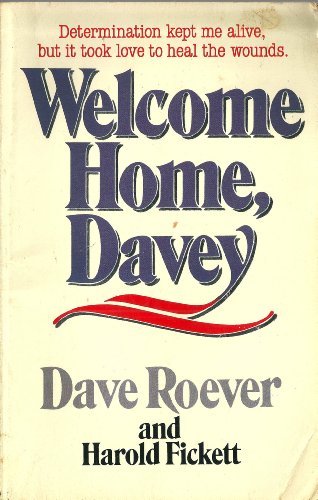