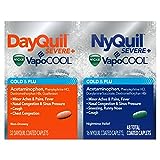 As I have watched our new US President, Obama, I have become more and more worried for our country. It seems he wants to steer us towards social medicine. I really hope that is not the case. I will tell you about my experience with this kind of medicine.

After the birth of my first child in the United States, my husband and I moved to a third world country. When my child got sick, instead of making an appointment with a doctor, our only choice was to head for the hospital. There was only one hospital to serve several thousand people.

We were lucky to only wait three hours. There were no comfortable chairs to sit on. They had concrete slaps in rows that we could sit or sleep on. There were so many coughing, feverish and injured people waiting. We worried that for sure that if our child was not really sick, for sure she would be after we left.

After the long wait to see a doctor, we were taken into a small room with a doctor who was also trained in a third world country. If we needed a blood test, the closest lab was miles away and the results would come in two weeks or so.

When the prescriptions were written out and we headed to the pharmacy, which was also in the hospital, we usually received medicine that was already expired having been donated from a charitable organization in the United States or elsewhere. There was a nurse who acted as a doctor sometimes who we jokingly called Dr. Aspro (Aspirin) since that was all she ever prescribed no matter what your illness was. It seems funny now, and we laughed about it at the time, but honestly it was very pathetic.

Less than a year after we moved to the third world country, I had my second child. This was a shocking experience for me. The hospital was full and I ended up having my baby out in the waiting area. I had several people I had never met before gawking at me as I gave birth.

The hospital had neither disposable diapers nor nursery. They made all the mothers wake up at 5:00 am to go and bathe their babies in cold water. My baby had gastroenteritis and cried most of the time, and there was no one to check on him. I honestly went home from the hospital with a 103 degree fever. Family members are expected to take care of the patients in the hospital, and I had none of my own family living there. My husband’s parents were living in New Zealand.

When the baby was two months old we traveled to New Zealand to visit his grandparents and to seek medical assistance. New Zealand was supposed to have much better health care than where we were living. The one thing I did notice is that they do take very good care of mothers and babies. They have what they call Plunket nurses. Plunket is a community-based organization unique to New Zealand providing knowledgeable, confident and loving families care for free services that help to ensure young children. Strong networks of clinical staff and volunteers work together in communities across the country to provide support for parents and whānau with children up to 5 years of age.

While we were in New Zealand I made appointments with several different doctors. Each one told me that I should not have another baby because I was diagnosed with Diastisis recti, which is a medical disorder that involves a separation of the right and left rectus abdominus muscle. It commonly occurs during pregnancy due to the expanding uterus under the abdominal musculature.

I had a difficult time accepting the fact that I was only 23 and already finished having all of my children, so I held off making a final decision until I could return to the United States. The doctors in America told me that although I did have a problem, I should be able to have more children. I did end up having two more children and would be very sad without them. What if I had only listened to the doctors in New Zealand?

My third child was born in America and I was so grateful to be back in America. The medical system may have many problems, but the comparison between my experiences in a third world country and the one I had in the United States were like night and day.

I hope President Obama will be able to make the right decisions regarding this very important issue.

I apologize if my comments insult any one. I am just telling it the way it was. You are welcome to add your comments below.