Why Do People Enjoy or Like Watching Others Suffer

Dark side of humans?

I just read about this disturbing news - about a teen who killed himself before a live Internet audience. The more disturbing part being that the majority of the live audience apparently egged him on. Some of them cracked jokes apparently. Now, this is not the first time this has happened. I remember reading about something similar a while ago. I know the question I've asked is quite loaded and perhaps uncomfortable to consider. But, the reason I ask is because I feel it needs to be discussed and studied. Perhaps, there is a dark side to us humans that we tend to smoothen over. Could it be that some humans or most humans enjoy watching death or enjoy pain being inflicted on others?

If we dwelve into history, certainly the Romans were morbidly fascinated by the gladiatorial contests with all of the blood and gore that such contests entailed. By all accounts, they enjoyed watching the butchery and savagery of humans being killed by beasts and fellow humans alike. I wonder if the gladiatorial games would be as successful as they were if it involved no blood at all.

Also, through the ages, public executions seem to have been quite an attraction, with people traveling vast distances to take part in the proceedings. In fact, this attraction towards public executions isn't medieval either. In America (in relatively modern times), hangings were by all accounts carried out in a circus-like atmosphere. Apparently, that was one of the reasons why they had to look for alternative methods of executing people. It was much too embarrassing to the authorities. 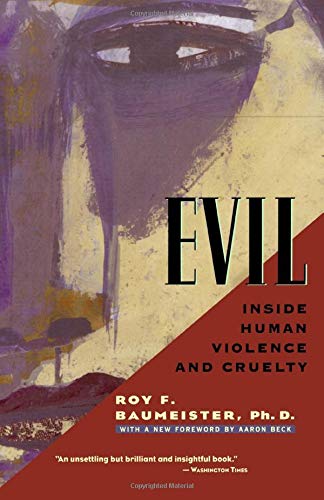 Wrestling matches or extreme fighting matches are perhaps our modern-age equivalents to gladiatorial contests, and it seems the audiences like blood on the mat. In wrestling in particular, it seems there are more matches that end with some blood involved as compared to the past and the audience seems to want more of such extreme matches. They cheer on during such contests.

Its not just your average terrorist though who can commit acts that cause suffering to his/her fellow human beings. What we had at Abu Ghraib was an example of that - American soldiers doing the worst kind of atrocities to their fellow human beings - so what if they are your enemies or perceived enemies - is that justifiable?

Who are these men and women who commit such cruel, inhuman acts that cause suffering to their fellow human beings? You might think they are some freaks, but are they? Wish they were, but they are just like you and me - the average person! So, does inflicting pain on others or watching others in pain excite us, or compel us to watch?

It seems to me that people perhaps derive some kind of voyeuristic pleasure watching others die or suffer. Even today, in places where public executions are carried out - lots of people turn out to watch. Why? Can it just be passed off as curiosity? Something to think about!