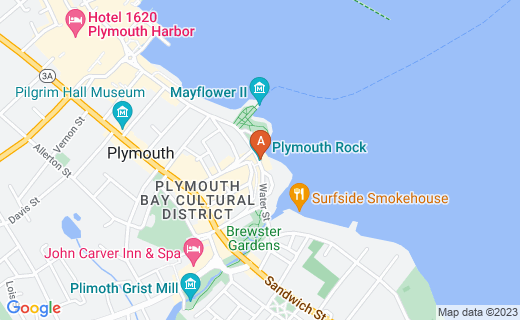 This is near the location where the Mayflower landed and the Pilgrims first met with the Algonquian Nation.

Here's some art to give an impression of the Algonquian people

For as long as history can record and before this, before any Europeans, Vikings, Phoenicians, Egyptians or any other explorer landed, the nations along the east coast of the US to what is now Canada lived close to nature. They made a living off a unique ecosystem and trading with inland nations. For the most part, they lived in peace. Wars were short and the outcome was decided quickly with minimal casualties. Archaeology traces their roots in two main waves; the first being some 50,000 t0 60,000 years ago and a second wave traced to about 12,000 years ago. When the first Europeans made their first landing, all of that changed, eventually for the worse. Today, we recognize approximately 500 first nation groups, but we do not know how many exactly existed in continental north America at the time the Europeans began arriving.

Starting with Columbus in 1592, the Europeans began arriving in earnest on the mainland in 1519. For the north east coast of what is now the US and south-east Canada, prolonged contact came only after Europeans established permanent settlements beginning in the 17th and 18th centuries. Written accounts at that time noted friendliness on the part of the First Nations, who profited in trade with Europeans. Such trade strengthened the more organized political entities such as the Iroquois Confederation. The First Nation population in this locale is estimated to have been between 200,000 to two million individuals in the late 15th century. But the Europeans brought with them plenty of seen and unseen plague such as repeated outbreaks of infectious diseases such as influenza, measles, smallpox and even the common cold against which they had no natural immunity. Combined with other effects of European contact, this resulted in a forty to eighty percent First Nation population decrease post-contact. As an example, during the late 1630s, smallpox killed over half of the Huron, who controlled most of the early fur trade in what later became Canada. Their numbers were reduced to fewer than 10,000 people. The Huron were attacked by the Iroquois, their traditional enemies. It did not help the Huron that remained when they converted to Christianity while the Iroquois did not. This interpreted capitulation to the invaders fuelled the tensions. The Iroquois subsequently took over the Huron territories in a kind of lebensraum and thereafter, the fur trade was complicated.

The first face to face prolonged contact in 1630 was between the English Pilgrims and the Algonquian Nation that inhabitable the region now called Massachusetts. Explorers had been exploring the region some years before, but not to settle. The territory claimed extended along the coast from Plymouth northward to what would be later called Salem and possibly to the Merrimac, including the entire basin of the Neponset and Charles Rivers. Algonquians are described as a confederacy rather than as a tribe, as it appears to have included several minor groups. The historian, Johnson described the group as formerly having "three kingdoms or sagamoreships and having under them seven petty sagamores." Algonquians seem to have held an it important place among the tribes of what was to become south New England prior to the coming of the British Europeans, their numbers being estimated as 3,000 warriors, according to Capt. John Smith in 1614. He mentions eleven villages on the coast and says they had more than 20. As a consequence of war with the Tarratine and the pestilence of 1617 from which they suffered more than any other tribe, the English colonists who arrived a few years later found them reduced to a mere remnant and most of the villages mentioned by Smith were depopulated.

By 1631 they numbered only about 500, and 2 years laterm were still further reduced by smallpox, which killed their chief, Chickatabot. Soon thereafter they were gathered, with other converts, into the villages of the "Praying Indians," chiefly at Natick, Nonantum, and Ponkapog, anal ceased to have a separate tribal existence. As they played no important rode in the struggles between the settlers and natives, the chief interest that attaches to them is the fact that they owned and occupied the site of Boston and its suburbs and the immediately surrounding territory when the whites first settled there. In 1621, when Standish and his crew from Plymouth visited this region, they found the Algonquian few in numbers, unsettled, and fearful, moving from place to place to avoid the attacks of their enemies the Tarratine.

Although the Algonquian Indians of Massachusetts, Connecticut, and Rhode Island, taken as a whole, formed a somewhat homogeneous group, yet there were linguistic differences which seem to justify De Forest in doubting Gookin's statement that the languages were so much alike that the people of the different tribes could easily understand one another. The Massachuset were more closely allied to the Narraganset than to any other of the surrounding tribes whose languages are known, the people of the two being able to understand each other without difficulty.

Resources on Algonquians and Pilgrims 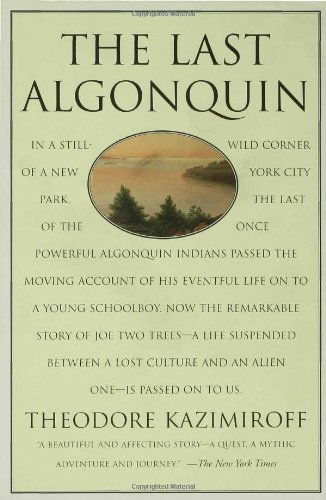 For their part, the Europeans brought in “strange animals” never before seen by the First Nations confederacies in the years to follow. It all began at Plymouth Rock in what we now identify as Massachusetts when Pilgrims seeking religious freedom landed there to stay in 1630. The first year's winter was harsh with few of the Europeans surviving. Even though the local Algonquian nations helped with food in a bid to gain support against the Tarratine in turn, the harshness of the place and few tools for survival did most of the Pilgrims in. By the time successive waves came in, they found few survivors and the ones found were emaciated and barely alive. The second wave fared little better. Some became disenchanted with the harsh new world that was anything other but a Shangrala, that they wanted to go back to England and face persecution there rather than to stay another winter. Unfortunately, escape was impossible and they were forced to endure, but they formed a mutually helpful alliance with the Algonquian. Many of these Pilgrims also died. Over the next few years, more and more arrived, first in a few ships, then in dozens. Horses, cattle and pigs arrived along with bees, worms and other non indigenous life. Relations broke down with the Algonquian who were struggling to make a population comback as more and more Europeans arrived. As more of these people arrived, they required more and more land and this loss of living space became more resented as the years unfolded.

If the new settlers were not bad enough, they brought in strange illnesses for which the First Nations had no immunity. Escaped pigs that became feral, would roam and multiply in the primeval forests and gobble up food like acorns upon which many First Nations depended upon as a food source. They would also eat the chestnuts and anything else they could find. In a need to obtain food, these feral pigs would be killed and eaten to the chagrin of the Pilgrims who lay claim to them, even though they had escaped and got lost.

The New World ecosystem was far different than it is now after centuries of invasion by many alien species. After the great catastrophe of 12,600 years ago, bees were wiped out in the western hemisphere along with all the mega flora and fauna. Gone were the giant beaver, the ground sloth, mastodons, mammoths, horses, camels, sabre tooth cats, giant bear and a host of others, some strange to everyone today. Even the first Clovis people were gone. Bees also died off completely and the continent then evolved differently than the eastern hemisphere. Besides, the catastrophe also broke up all connections between the two greatest continents, separating east from west The ecosystem of the western hemisphere then evolved to function without bees or worms. When these were reintroduced in the 17th century, this was the beginning of the end for the established ecosystem. To the Europeans, this was an eventual boon, but to the First Nations, an unparalleled disaster. Remnants of the old ecosystem still remain, but not in regions subjected to European style agriculture. We can still get persimmons and pau-pau fruit, native to the west, but now there are apples, pears, peaches and the like that require pollinating bees, whereas the native fruits don't.

Disagreements broke out and Algonquian warred unsuccessfully against ever arriving, ever increasing British Europeans and ever more villages being built, expanding west, north and south from Plymouth Rock. Thus, a saying evolved; “The Pilgrims landed on Plymouth Rock and Plymouth Rock landed on us”. Inter nation rivalries between First Nations did not help in the greater struggle of an invading force of several alien species and the beginning of the European incursion into Aboriginal nations. Some Algonquians joined the British and learned the European ways. Others melted into the forest to go to fates that no one knows today. There is only so much we can know from a people who had no written history. In North America, it was the Algonquian that took the first brunt of a European invasion.