Frederick the Great ruled Prussia from 1740 through 1786, and in that time did quite a bit for his people. He was one of the true enlightened despots, believing that the people should be served by their government. He was a product of the Renaissance, playing and writing music for the flute, conversing with Voltaire and other philosophers, and interested in military tactics and battles once he became King. Although his country was Germanic, he preferred French for both language and art. Frederick was treated horribly by his father throughout his life, regularly beaten and caned, and at least once there was an attempted strangulation. Even with all of this, Frederick remained firm in his conviction to take the throne when it was time for the succession. His reforms helped to lift Prussia from the middle ages that they had been wallowing in. He reformed the judicial system, making judges government employees yet kept the courts separate from himself, believing that the courts should be governed only by laws, and not kings. He tried to rid the country of as much of the feudal system as possible, encouraged trade and new industries such as textiles, and built canals. He introduced the English system of crop rotation to help the agricultural community, and created nine hundred new villages by using incentives to convince others to move into underpopulated areas. He believed in strengthening the state so that the land would be able to have peace and prosperity. What had once been philosophy became reality under Frederick the Great.

Joseph II ruled Austria from 1780 through 1790. As a boy, he had toured the countryside with his mother, and been affected by the conditions in which the peasants lived. Unlike Frederick, he was not greatly skilled at warfare, but like Frederick, he did care deeply about his people. He used his absolute power to force through reforms to help them. He passed The Patent of Tolerance in 1781 to insure some degree of religious freedom, abolished serfdom, gave property rights to peasants, and reduced the power of the church and the nobility. Unfortunately, he also had some reforms that people did not like. His taxes, the imposition of German as the single official language, and the forced annulment of local governments and customs were all unpopular reforms. Joseph II’s reforms did not last much longer than he did, which can be attributed to his early death and problems with foreign diplomacy.

Both Joseph II and Frederick the Great were enlightened despots who cared for their people. The way they handle foreign policy, their abilities in warfare, and their methods of reform were different than each other, but in other ways they were similar. They did not believe in the autocratic rule of one man, and felt that they were good leaders. They were interested in bettering their people and their country, and believed in the rights of the individuals. Enlightened despotism is an interesting phenomenon that still exists to some extent in politics today when otherwise educated and intelligent leaders feel that they know best for their people and pass laws to that effect. 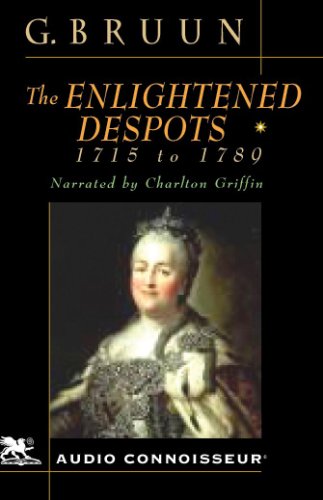