Geo-engineering solutions to climate change have been bandied about for both Earth, and for Mars - to make the red planet suitable for humans, when we stuff up the one we are currently living on.

While many of these proposals have been regarded as science fiction there have been a series of proposals put forward by various respectable scientific organisations.

The Royal Society in the UK has recently launched a report on geo-engineering that offered a series of cheap quick-fix solutions to climate change.

Also the well regarded Institute of Mechanical Engineers (IMECHE) published a review entitled, 'Geo-Engineering: Giving us the Time to Act?'. In this report, their scientists propose three geo-engineering technologies that appear to be feasible, practical, cost-effective and deserve further research:

In this review I examine these and various other geo-engineering proposal and review their merits and risks. It is interesting that these proposals aim to actually solve the problem and to cool the planet, whereas most conventional approaches merely aim to slow down the rate of climate change, reduce CO2 emission at their source - not to actually stop or reverse climate change.

Irrespective of the arguments about the causes of global warming and whether humans are responsible, Planet Earth is still getting hotter and the prediction is that it will get hotter every year. To change the trajectory or slow the rate of increase will take a long time and many people now believe that it is probably already too late to halt international mean temperatures rising to 2° degrees C above pre-industrial levels. This is forecast to have numerous dire consequences on ecosystems and trigger sea level rise that threaten island and coastal communities.

The international consequences of further temperatures increase from 4°C and 6°C will be severe and will require major adaptation to climate change, seal level rise and social upheaval. The only way to bypass such predicted consequence is to quickly decrease greenhouse gas emissions from human activities to zero straight away, but there is no commitment to do this and there will still be an overshoot and no reversal - it will simply slow down the rate that temperature increases. Decarbonisation of the world economy will take a very long time to happen even when there is universal agreement for decarbonisation. We don't have anything like the time required to accomplish decarbonisation. This justifies the need to look at quick-fix engineering solutions even if they are expensive and risky.

Throughout the world, governments have mostly focused their activities on climate change mitigation at source, by reducing the quantity of CO2 each country emits into the atmosphere. But there is no guarantee that this will work as there is no universal agreement and it is going to take a long, long time. This is especially true if humans aren't to blame or there are other changes occurring at the same time. Many people have given up and simply advocate spending our limited resources on adapting to climate change rather than fighting it.

However Geo-engineering offers ways or tackling the problem head-on and actually stopping global warming and even reducing temperatures.

Some of the alternative engineering solutions are shown below: 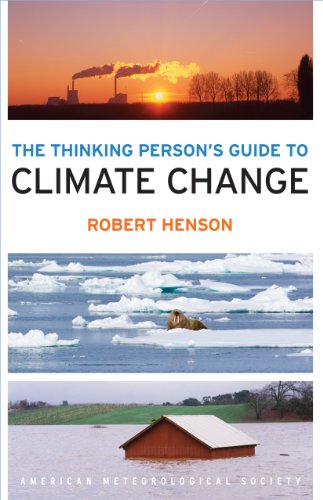 According to the Institution of Mechanical Engineers, the three most promising have been outlined in this report:

1. Artificial trees act like natural trees in removing CO2 from the atmosphere - The captured carbon is sequestered in underground storage's or old mines. Carbon dioxide through the device (the tree) and sticks to a collection material (the leaves). The bound CO2 is then collected and buried underground.

The approximate cost is about $20,000 for each unit. The UK would require 100,000 of these ‘trees’ (each removing about 10 tonnes of CO2 per day from the atmosphere) to capture the UK’s emissions.

This would mop up the CO2 that is missed from CO2 collection devices proposed for coal fired power station. In some ways it is similar to the carbon capture an storage for these power stations.

This approach uses strips or elongated tubes of algae which are attached to the outside of buildings.

The algae absorb CO2 via photosynthesis, and are periodically harvested and used as biofuel or are stored underground.

Another option is to develop long sealed tubes and other shaped vessels known as photobioreactors (PBRs) that could be made as units to retrofit to older buildings.

A closed-loop system could be used with the algaeproviding fuel to a generator or CHP engine.

Reducing the amount of solar radiation absorbedby the Earth, by using reflective surfaces will have an overall cooling effect - similar to that proposed for a space-umbrella or by the introduction of reflective particles into the atmosphere. On the ground this reflection can be enhanced making surfaces more reflective, with the heat bounced back into space. This solar radiation management (SRM)approach focuses on a range of urban surfaces such as roofs,building facades, pavements and roads. This may mean painting the surfaces white, or making them even more reflective like mirrors. This approach is terms 'Albedo enhancement methods'. However various modelling studies have shown that this method would only reduced global temperature by less than 0.5 degrees C.

A benefit of this approach is to address the so-called ‘urban heat island’ effect where many cities have elevated temperatures compared with their surroundings. London, Birmingham and Edinburgh tend to be several degrees hotter than their surrounding suburban and rural areas. Los Angeles registers temperatures which are typically 4°C higher than it’s suburbs. The elevated temperatures cause discomfort, higher air-conditioning demand, and also accelerates the formation of smog.

The key practical issues considered in evaluating the three option are :

Using these criteria, the best option is the Artificial Trees Concept. The simplicity of design, reliance on current technology components and designs. Artificial trees can be mass produced and are relatively straightforward to build and maintain.

Algae-on buildings is less attractive because it relies on technology that is not developed or proven and it would be difficult and expensive to retrofit to older buildings.

Although the reflective roof-top and surfaces is relatively ineffective from a climate science point of view it offers many potential benefits of reducing the costs of urban heat island effects, that could justify the cost and provide a small benefit for addressing global warming.

Other geo-engineering solutions that have been suggested the Royal Society report and other studies include using specially designed ships to vaporise seawater and so seeding clouds that could block out sunlight and firing sulphur dioxide particles into the atmosphere to scatter incoming solar radiation.

Concerns have been raised over most of the other technologies in the table which have large risks of serious consequences if things go wrong. Many of them are not reversible or controlled.