All About George Washington "Discipline is the Soul of an Army"

The Father of our Country

I've been reading and listening to lots of books about George Washington. A few things I didn't know about him. 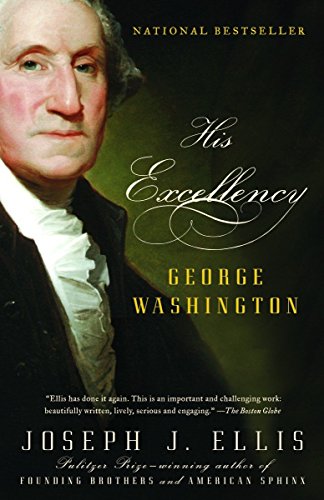 Discipline is the soul of an army. It makes small numbers formidable; procures success to the weak, and esteem to all. - Letter of Instructions to the Captains of the Virginia Regiments (29 July 1759)

Every post is honorable in which a man can serve his country. -Letter to Benedict Arnold (14 September 1775)

Let us therefore animate and encourage each other, and show the whole world that a Freeman, contending for liberty on his own ground, is superior to any slavish mercenary on earth. - General Orders, Headquarters, New York (2 July 1776)

The fate of unborn millions will now depend, under God, on the courage and conduct of this army...

The General hopes and trusts that every officer and man will endeavor to live and act as becomes a Christian soldier defending the dearest rights and liberties of his country. General Order, (9 July 1776) George Washington Papers at the Library of Congress, 1741-1799: Series 3g Varick Transcripts

The time is now near at hand which must probably determine whether Americans are to be freemen or slaves; whether they are to have any property they can call their own; whether their houses and farms are to be pillaged and destroyed, and themselves consigned to a state of wretchedness from which no human efforts will deliver them. The fate of unborn millions will now depend, under God, on the courage and conduct of this army. Our cruel and unrelenting enemy leaves us only the choice of brave resistance, or the most abject submission. We have, therfore, to resolve to conquer or die. Address to the Continental Army before the Battle of Long Island (27 August 1776)

There is nothing that gives a man consequence, and renders him fit for command, like a support that renders him independent of everybody but the State he serves. - Letter to the president of Congress, Heights of Harlem (24 September 1776)

If men are to be precluded from offering their sentiments on a matter which may involve the most serious and alarming consequences that can invite the consideration of mankind, reason is of no use to us...

To place any dependence upon militia, is, assuredly, resting upon a broken staff.