March 27, 2015, began as every other day. Our 44 year old son, who moved home with us after his wife died, in 2013, left for work as he did every day. I can still see his beautiful smile, as he walked out my front door and off the porch. I said, "Drive careful, I love you sunshine". He replied, "I love you too Mom". I had no idea that was the last time I would ever see my precious son.

My son always came home from work on time every night, but the night of March 27. 2015, he was late. We thought perhaps he had some late customers, or they had sent him to work at the beach store.

But at 3:30 am, my husband had become extremely worried, so he was sitting in the living room, holding Rick's puppy, and hoping our son would be working through the door soon. Finally there was a faint knock on the door, and my husband felt a feeling of relief, thinking he has locked Rick,out.

But instead of our beautiful son standing at the door, there were five Delaware State Policemen standing there, very officially. My husband said, he had a terrible feeling of doom, come over him, and found he was barely able to stand. My husband blurted out, "Where is my son"? One of the policemen asked, "Can we come in?" My husband now shaking uncontrollably said, "not until you tell me where my son is? My husband then stepped out on our front porch, so I would not hear the conversation. One officer responded, "we are sorry to inform you that your son Richard Jacobs, was shot multiple times tonight and he is dead.

My husband stumbled back into the house, and yelled to me lying in bed, "Ricky is dead, come help me. As I struggled to get out of bed, I was screaming, "No, No, No, No"

When I reached the living room, I saw five very official people standing on my living room carpet, all in a row, like soldiers standing at attention. I looked down at the rug, and I said," my baby boy got me that rug, your standing on as an early, birthday present, today before he left for work". I asked, "Did he have an accident?" The officer responded no ma"am he was shot'" I said, "shot?", who would want to shoot Richard, everyone loved Richard. My son was unarmed and unaware that someone was going to walk up to his car he was sitting in and put twelve bullets in his head and upper torso, at close range.

About the Park of Death - Meadow Brook Acres

Meadow Brook Acres is a small community of mostly mobile homes located near Woodside Delaware. It is a secluded community, hidden by the neglect of over grown brush and trees. It has been known over the years, for crime, drug activity, violence and yes murder. My son was not the first one to be murdered in Meadow Brook Acres, but in his memory, I pray he will be the last.

I had written several articles about Meadow Brook Acres, and my son's murder, and I how I wondered if the souls of the unsolved murders of Meadow Brook, remained unsettled and trapped in this horrible environment. I wondered if their spirits wondered the streets, watching the violence and crime, until their murders were solved and they were finally set free.

As soon as my beautiful son was laid to rest, my husband and I began our journey to find out why and who took our beautiful son from us and therefore would send us both to our graves different people.

The first thing we did, was make up home made flyers, with our son's picture on it, asking for information that anyone might know that could give us a lead on who took our son's life and to please call the authorities. We also walked the streets of Meadow Brook with flyers in hand and talked with people hoping to get a clue or some type of information that would help us find our son's killer.

We put the flyers everywhere merchants would give us permission and window space and we also put them on telephone poles in Woodside.

Finally a break in the case

Ten and a half months after my son was brutally murdered, there was a break in the case, The weapon that was used to kill my son was recovered in Philadelphia Pennsylvania. And now the authorities had developed a suspect. His name was Anthony E. McDonald. But he was no where to be found.

Now we made new flyers, this time we were in search of the Accused Meadow Brook Killer. We hung these in the same places we hung the flyers of our son. The U S Marshals now joined the search.

We also flooded Facebook and posted Topix in different cities hoping we would get a lead on where the Meadow Brook Killer might be. We were determined to find justice for our son, for that is all we could do for him now. We missed him so much every day.

The Case Began To Ice Over

The detective who was working on our son's case had to retire after ten months due to health reasons. His boss a Sgt. took over the case. Our original detective always answered our phone calls, but it was not the same with the Sgt.,who replaced him. My husband and I were still determined to find justice for our son but after awhile communications with the Sgt. broke completely down and before you knew it, it had been an entire year since he had spoken to us. During this time we were still searching on our own, flying by the seat of our pants, so to speak, for we had no direction from the Sgt. in charge.

Finally closure and the end of our journey

Then out of no where we were stunned, a call from the US Marshal, let us know , our journey was over, It seems it never ends the way you think it will. But it has been two years and eight months since my son was taken from us.

We were becoming discouraged and weary. We were beginning to contemplate having to accept, that the Meadow Brook Killer would never be found. Now we were told that our search was over.

The Body in Silver Lake in Dover Delaware

On November 21, 2017,it was all over news. A man's body was found floating in a lake called Silver Lake in Dover Delaware. The man found floating was identified as Anthony McDonald, a resident of Dover, Delaware.

So now our journey for justice for our son, has come to an end. It has not taken away, our life sentence of being without our son. It will always be there along with the pain and sadness.

But it does give my son justice, and also the peace of mind, that another family,will not go through the pain and we have gone through at the hand of this accused individual.

This true story is dedicated to the memory of Richard L Jacobs Jr, who lost his life at 44 years of age, to a brutal murder, and gun violence.

He will always be loved and forever missed.

In Our Hearts Never Forgotten

Our journey for justice has been over for almost two years. But our memories and heartache will always remain.

I will always miss my baby boy, he remains in my heart. I think my husband put it best. He said all we have left now is pictures. They are flat, and they are cold, and when you hug them, you cannot feel his heart beat.

But we hug them all the same. I can still picture him watering our vegetable garden, because he is and always will be everywhere, because that is where our memories of him are.

Below I am posting a favorite picture of him. He is holding his step daughter Riley LaBier. She was 41/2 when her Mom died, and her Step Dad, my son, was murdered two days before her sixth birthday. My son and I both were fighting for visitation with her, at the time of his murder. Her Aunt Tamra took her while my son was saying goodbye to his wife after the funeral, and she bolted with her. She would not let us see her, and that is why we were in a court battle at the time of my son's murder.

Maybe some day Riley will find us and we can fill in the blanks of her life, and she will find out how much she was loved and by so many. 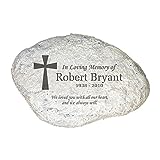