Glasgow seems to have more than its fair share of gangsters, and each and every one of them masquerade as respectable businessmen.

As bits of information trickle out about each and every one of them, the extent of their criminal empire becomes apparent, because it is obvious that the police and politicians have had to have been involved, as well as respectable professionals, like lawyers.

Even the Presshas stepped back a bit. While they report some goings on, they are distancing themselves from out and out attacking, no doubt for fear of getting sued by those bent lawyers who are protecting the guilty.

Glasgow gangsters have built their empires on the backs of the poor downtrodden masses who have been suckered into a life of drug addiction, and who will go on to commit many petty crimes in their desperation to find the money for yet more drugs, with many young women turning to prostitution, and young men turning to burglaries.

Tons of heroin and cocaine are freely available throughout Glasgow, yet the authorities seem powerless to stop it.

The big guys, the gangsters who are now multi-millionaires are easy to spot. They are ones building million pound houses and driving around in top of the range cars.

They have in the main turned to legitimate cash businesses to launder their dirty money, and this is why tanning salons, nightclubs, pubs, hotels, private hire companies and the latest, nurseries for pre-school children have become outlets for their filthy lucre.

Quite often, they put these assets into their wives names, or close family, so that they themselves can distance themselves from the income tax office.

This makes them almost untouchable. No IRS searches for proof of earnings if their names are not on the list of directors.

Now deceased, Arthur Thompson and his family ruled Glasgow with an iron fist. Arthur Thompson was a stop at nothing violent thug, who started his life of crime while barely a teenager, slashing victims with open razors.

He moved from there to robbing stores during the war years when times were hard for everybody. Obviously a man with no conscience whatsoever, so long as he got what he wanted, to Hell with everyone else.

By his 20s he had moved in to the extortion racket and was known for actually nailing people to any wooden surface - doors or floors, when they didn't pay their 'debt'.

So ruthless was he that he earned a grudging respect in the criminal underworld, and nobody dared to cross him.

He even at one point confronted the infamous Kray Twins on their home territory in London.

It was Arthur Thompson or his family who introduced heroin to Glasgow's populace. By giving out some free samples, they very quickly drew in almost a whole generation who soon found themselves addicted, and who then had to pay through the nose for more supplies.

These people were largely the young and uneducated, and he launched them on a life of crime and prostitution in order to obtain money to pay for their next fix. Many people have died from heroin overdosage in the years since then.

A right-hand man of Arthur Thompson, Paul Ferris had to flee south when he was implicated in the shootings of Robert Glover and Joe Hanlon, found dead in a car in Glasgow’s east end on the morning of the funeral of Arthur Thomson junior, who was shot dead outside his family home in Provanmill in Glasgow.

After the longest and most expensive trial in Scotland's history, Paul Ferris was found 'not guilty' of taking part in the murder of Arthur 'Fatboy' Thompson, but he was later jailed for 10 years for "conspiracy to sell or transfer prohibited weapons, conspiracy to deal in firearms and possessing explosives" after police requested the assistance of MI5 to finally nail him.

Paul Ferris is now out of jail and a very wealthy man, which makes a mockery of the Proceeds of Crime Act. Who says crime doesn't pay?

Books co-written by Paul Ferris about his life of crime 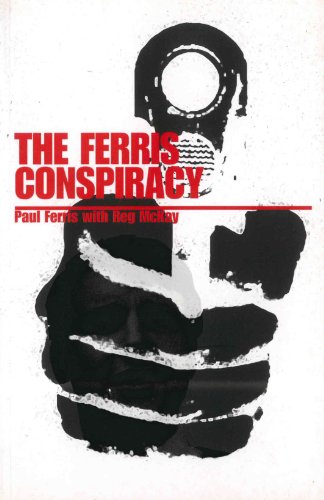 No-one outside of the underworld had heard the name Tam McGraw until he moved in the private hire trade, buying up or burning out smaller companies and incorporating them into his growing empire.
Everyone knew Mac’s cars were involved in the drugs trade, although they had many innocent drivers.
One of their cars when stopped by police was discovered to have a considerable sum of money in cash inside, as well as a handgun, yet no charges were ever brought.

The police intelligence followed Tam McGraw, until eventually they had enough evidence to charge him for being the brains behind a huge drugs consignment that arrived in Scotland from Spain.

He spent 8 months in jail on remand, but at the court case was let off with a ‘not proven’ verdict.

In Scotland, there are three possible court outcomes - ‘guilty’, ‘not guilty’ and ‘not proven’. Not proven simply means the case against someone has not been proven beyond all reasonable doubt, but neither are they declared innocent, as a not guilty result gives.

After his death, he was openly described as a gangster, even by his wife who then took over his controlling share in Macs cars which by this time has been renamed Glasgow Private Hire.

A new Law was brought out in Scotland, requiring all taxi and private hire companies to become licensed with the relevant authorities. Anyone with a criminal background would not be allowed to sit on the board of directors.

Margaret McGraw is still a director of Glasgow Private Hire, despite undercover reporters from the Daily Record newspaper catching her and her new boyfriend (now husband) bang to rights, by selling the reporter a sizeable quantity of cocaine. It seems that police took no action after this.

If she had been prosecuted, she could no longer sit on the board of directors, but no charges were brought and life continues as before, though why the widow of the Licensee felt the need to sell drugs is anyone’s guess, seeing as her late husband reputedly left her a legacy of £10M, none of which is actually in the UK (and is therefore untouchable by the authorities).

Read the story published in the Daily Record for yourself. It beggars belief that she got away with this!

The Licensee owned a string of luxury houses in Spain.

The Proceeds of crime Act is one of the better ideas the British government have brought out in recent years. It is designed to not allow criminals to profit from their crime.

So bank robbers, or drug dealers or anyone else who obtains money by criminal means would find themselves losing all their assets when found guilty in court.

It is seldom enforceable because criminals seldom put their assets in their own names as outlined above.

So, if one day their empire came crashing down and they found themselves banged up in prison where they belong, they would not have that luxury home or yacht or holiday apartment to go to when they were eventually released.

If you are a serial criminal, consider relocating to the UK where there is no death penalty, no guns (except for the criminal elements and certain sections of the police), and life imprisonment means about 10 years after which you’ll be allocated a social worker to make sure you have a comfortable home to live in and enough food to eat.

Stevie Malcolm, otherwise known as "The Fat Controller" is another who has risen to the top through owning a string of tanning salons and private hire companies.

Now a multi-millionaire and current owner of Glasgow's Network Private Hire, who recently obtained huge contracts from the Health Service, the Schools and the BBC, jobs that previously went to the proper licensed taxi trade.

Despite police objections, these new contracts went through and it is probably not an accident that one of their drivers is a senior Labour Councillor on Glasgow City Council, Jim Todd.

No doubt nepotism is alive and well.

Stevie Malcolm, however, is allowed to continue in what he does because he has a clean court record.

In the past he was arrested and charged with burning down a police car pound, and one of his companies was once found to operating with 100 stolen cars, but no doubt Stevie Malcolm knows whose pockets to line, as all charges were later dropped, or other people came forward and took the blame.

His assets include a £9M dream home being currently built at exclusive Gleneagles in Scotland.

The private hire simply does not pay that well.