Hikikomori is the Japanese word for “pulling inward and being confined,” and is also an increasingly common form of acute social withdrawal in Japan. Hikikomori is someone who shuts themselves off from society and shuns all contact with people for six or more months. The Japanese government estimates that half a million Japanese youths, as well as more than half a million middle-aged adults have become hikikomori – social recluses. But some experts believe this number is actually much higher. The generation of young adults in Japan is the most affected by this trend, but it appears to be a growing trend as more hikikomori age without the counseling they need to get better.

Why do People Become Hikikomori?

Some people become hikikomori due to bullying or harassment, but the condition is rarely caused by abuse or post-traumatic stress disorder. Saito Tamaki, a psychiatrist that specializes in hikikomori, explains how when people enter the “hikikomori system” over a long term, it can become a vicious cycle. Normally, individuals, family, and society are all connected. But when individuals withdraw from society, they gradually lose these points of contact. Families can also become detached when a family member becomes hikikomori, due to a sense of societal shame. As the cycle continues, it becomes more and more difficult to return to normal life through their own efforts, without help.

Social withdrawal into hikikomori may start with reluctance to go outside – but when the condition persists for a long time, it can lead to depression, fear of other people, sleep-wake inversion, and various other negative symptoms. The solution begins with the hikikomori recognizing their own condition and attending counseling at their own pace. Note that the end goal shouldn’t necessarily be getting back to school or work, but rather to have a healthy relationship with individual self, family, and society.

Japanese Culture is a Likely Factor

Japanese culture places a high value on collective society, but there exists a lack of value for individual people. There is a view that those who fail to be useful to society or to their family are worthless overall. Hikikomori often feel that their inability to be dynamically engaged with the world around them makes them useless members of society, causing them to further disengage and begin to isolate themselves.

In Japan, there is a deep-rooted belief that people with disabilities and other such impairments should remain isolated from society, despite the fact that most of the world has sought to minimize institutionalization since the 1980s or earlier. Japan historically views families as responsible for vulnerable people, such as those with mental illness or the elderly. Saito explains that when a crime such as a mass murder is committed, “it is only in Japan that the family is seen as being complicit.”

It is also believed that modern technologies, such as the Internet, social media, and video gaming, has exacerbated the factors that contribute to social withdrawal. Some studies of hikikomori in South Korea and Spain concluded that many showed signs of internet addiction, but it has been concluded that this is a symptom rather than a root cause of hikikomori behavior. 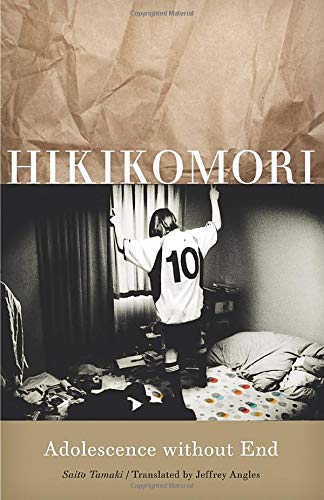 Is Hikikomori a Mental Illness?

Over the years, some people have begun to view social withdrawal as a cause of criminal behavior, in part due to the sensationalized news coverage of a few cases such as the Niigata kidnapping from 1990 to 2000, or the Kawasaki mass-stabbing that occurred in 2019. But psychiatrist Saito Tamaki rejects this view and asserts there is little correlation between the social withdrawal characteristic of Hikikomori and violent crimes. Saito explains that in most cases, the media referred to the perpetrator as hikikomori, but neglected to mention that they also had another mental disorder. “Hikikomori are defined as having spent six months or more not participating in society – without mental illness being the main cause,” therefore these crimes did not fit the psychological definition of Hikikomori, according to Saito.

Kenji, a 21-year old man from Japan, has been withdrawn from society for five years. He spends most days in his bedroom, playing video games or watching television. He has no friends, and appears unhappy, insecure and shy. Kenji feels a high level of psychological distress and angst on a daily basis due to his condition.

With the help of a counselor, his parents learned to stop intervening in Kenji’s situation, which gradually improved his relationship with his family. Four months later, he began going to a facility where he could spend time with other hikikomori and he met some other video game fans. Two years later, he started attending school, received good grades, and is now in stable condition.

This approach shows how family is the most important line of support for affected individuals, so they should often be actively involved in counseling sessions. Second, is establishing an external social connection, such as the hikikomori group Kenji attended, where he was able to meet similar people. It is important that people have access to these counseling services in order to improve the symptoms associated with hikikomori.

Where you're from, is it common to blame the parents when a child makes a mistake?

Though the idea of hikikomori originated in Japan, there are an estimated 300,000 similar social recluses in South Korea, and a growing number in Italy. Psychiatrists have found the problem emerges in family-centered societies where young adults commonly live with their parents through their twenties or older.

In countries like the United States that place a high value on individualism, and where it is uncommon for grown-up children to live with their parents, the hikikomori problem is not as bad. But it is important to note that there are shockingly high numbers of homeless youth in the U.S. (there were 1.6 million homeless young adults in the U.S. in 2019, compared to only 10,000 in Japan).

It is true that no matter where you are from, loneliness and social isolation are serious health risks. A report from the National Academies of Sciences, Engineering, and Medicine found that social isolation was associated with about a 50% increased risk of dementia and other serious conditions, significantly increasing a person’s risk of premature death from all causes. For many hikikomori who are struggling to get better, it is about much more the societal pressure to be productive, or the shame felt from their families. It could be a matter of life or death.