Who Was Responsible for the Massacre at Houla?

When will we learn? Governments lie to us. So, to a large extent, does our media. They lie to us again and again, and yet somehow we still continue to believe them.

The latest is about the Houla massacre in Syria. The first time we heard about it was when the media reported that 108 civilians in the village had been killed by shell fire. To illustrate the atrocity the BBC showed a photograph of several rows of dead children wrapped up ready for burial. Except that it quickly emerged that these photographs weren’t from Houla at all, but had been taken in Iraq almost a decade earlier.

‘Somebody is using my images as a propaganda against the Syrian government to prove the massacre’, said photographer Marco Di Lauro, whose photo it was.

Later actual photographs began appearing making it clear that most of the victims had been killed at close range. There were also reports of execution-style killings, with people having their throats slit or being shot in the back of the head.

The media then quickly changed their tack. Now the killings were executions done by the Assad militia known as the Shabiha, which means ‘ghosts’: a suitably ominous sounding name.

Governments throughout the world reacted angrily, and Syrian diplomats were expelled.

Russia and China were condemned because they refused to back a UN resolution permitting military intervention.

After that the BBC quietly backed down. Unlike the reports on the massacre, this didn’t go out as headline news. It went out on a blog by the BBC’s World News editor, Jon Williams, on June 7, which emphasised ‘the complexity of the situation on the ground in Syria, and the need to try to separate fact from fiction’.

He continued: ‘In the aftermath of the massacre at Houla last month, initial reports said some of the 49 children and 34 women killed had their throats cut. In Damascus, Western officials told me the subsequent investigation revealed none of those found dead had been killed in such a brutal manner. Moreover, while Syrian forces had shelled the area shortly before the massacre, the details of exactly who carried out the attacks, how and why were still unclear… In Houla, and now in Qubair, the finger has been pointed at the shabiha, pro-government militia. But tragic death toll aside, the facts are few: it's not clear who ordered the killings - or why.’

This is not quite a retraction but it makes it clear that things are not as simple as they had at first been portrayed.

The problem with all of these reports is that they have been based upon unsubstantiated information provided by opposition forces. Every time the Syrian government attempts to deny involvement, the media make it clear by their tone that we are meant to disbelieve them.

One thing I noted early on in the story was the tendency for the more nuanced interpretations of journalists on the ground to be swept aside by generalised comments by the editorial team.

So you would get a report saying that it was not clear who had committed the atrocities, immediately followed by a statement from the news reader saying, in effect, that the Syrian government was responsible.

Complex reporting quickly becomes translated into definite statements. Thus, a piece by BBC reporter Paul Danahar on their website which said ‘The world has looked at the Syrian conflict in very black and white terms over the past 15 months…it now needs to acknowledge the shades of grey that are emerging'… was quickly removed and replaced by these words: 'The carnage at Houla, and now Qubair, has injected a dangerous new element into an explosive situation. The shabiha militia is almost entirely drawn from the Alawite community, the minority to which President Assad and his ruling clan belong. Most of the victims are from the majority Sunni community in which the uprising is to a large extent based.'

In other words, the ‘shades of grey’ in Danahar’s original report was replaced by a simple black and white statement blaming the Syrian government again.

Later other reports started appearing which reversed the story, implicated the rebels instead.

In particular there was one by a leading German Language newspaper the Frankfurter Allgemeine Zeitung (FAZ) which said that, far from being the perpetrators of the atrocity, the Alawite community were actually the victims.

The report said that the massacre had occurred after rebels had attacked army roadblocks outside Houla. The roadblocks had been set up to protect the Alawite communities in nearby villages. There was a fierce firefight, in which combatants from both sides were killed.

‘According to eyewitness accounts,’ the FAZ report continues, ‘the massacre occurred during this time. Those killed were almost exclusively from families belonging to Houla’s Alawi and Shia minorities. Over 90% of Houla’s population are Sunnis. Several dozen members of a family were slaughtered, which had converted from Sunni to Shia Islam. Members of the Shomaliya, an Alawi family, were also killed, as was the family of a Sunni member of the Syrian parliament who is regarded as a collaborator. Immediately following the massacre, the perpetrators are supposed to have filmed their victims and then presented them as Sunni victims in videos posted on the internet.’

So the fact that nearly 2,300 civilians have been killed in Gaza in the last five years, 27% of them women and children, hardly merits a mention in the mainstream media, while the deaths of large numbers Afghan, Pakistani and Yemeni tribes people in drone attacks is always justified as necessary to fight terrorism. When women and children are killed in these attacks, this is known as ‘collateral damage’.

Remember, lies have been told before.

Famously, in Vietnam, American Special Forces committed atrocities on civilians and blamed them on the Viet-Cong. This was the plot of the film, The Quiet American, from the book by Graham Greene. The film came out in 2002, having been delayed by protests from the American government about its supposedly anti-American content in the wake of 9/11. The fact that it was based upon a true story seemed to elude the commentary at the time.

More recently, of course, we’ve had weapons of mass destruction and the 45 minute claim, based, as later reports found out, mainly upon conversations with a dissident Iraqi taxi driver. Likewise, many of the reports about Syria derive from a semi-detached house in Coventry.*

Meanwhile the atrocity is being used as an excuse by both the United States and Russia to begin mobilising forces in the region, making the whole situation increasingly dangerous. The American government, through its proxies in Saudi Arabia and Qatar have been arming the Syrian opposition, while the Russians have been shipping arms to the goverment. It also appears that Al-Qaeda are active in the opposition. So whose side are we on now? Al-Qaeda are our enemies in Yemen and Pakistan, but receive arms from us in Syria, it seems.

Here's the only truth I'm certain of: no one outside of Syria really knows what's going on, and most people in Syria don't know either. Some people do, however: the perpetrators of these crimes, but they will never be held accountable by anyone. Meanwhile the West is engineering another war in which even more people will die.

Syria is the first step towards Iran, and neither Iran nor Russia are likely to take any interference lying down.

When will we ever learn? The route to peace is not through war. War does not bring peace, it only ever brings more and more and more war. 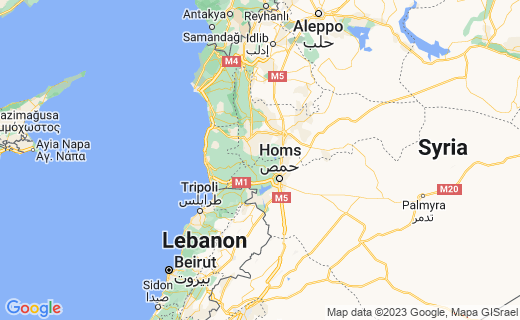