Please be forewarned that what I'm about to say only applies to some people and only to those that it fits. So please don't be offended by what I say. I'm not talking about all of any group of people or broad brushing any group of people with a narrow brush!

That's not my style and that's not my intention or my purpose. My only purpose is to, from my point of view; paint a picture of how black skin became associated with evil, not to offend anyone.

These are just my speculations.

I don’t know whether it was through an accident of history or by deliberate design, but black skin has become embodied with all the undesirable traits of humans and animals.

I think that one of the reasons, that black skin became associated with fear and evil, is because during the early development of humans, night and darkness were the times when humans were most susceptible to attack by their enemies and by predators. Lost of consciousness through sleep, and its association with death, may also have lead to the further dread and fear of darkness, and by association, of black skin. Of course this doesn’t, apply, to those groups who had dark or black skin. For, them, having dark or black skin, wouldn’t have been anything out of the ordinary.

The White Image Of God And His Son

So the white image of God became the dominant, cultic image, of God and his son. All other religions, (Egyptian, Babylonian, etc.) and their Gods and Goddesses, (worshiped by thousands of whites, blacks and non-whites) were depicted as evil, or the creation of the devil, to deceive the believers away from the true God: the God of light and his son, Jesus, and through the association light = white, God and Jesus were depicted as white.

White God And His Son

In the, 7th century A.D, when Islam sprang into existence; Its holy wars and armies took over many Roman Catholic Christian cities. Black skin became even more despised and associated with evil, because, many of the Islamic troops, attacking Roman Christian culture, (for what Roman Christians saw as an infidel religion, inspired by Satan the prince of darkness, were black or racially mixed Muslims.

Originally, terms like "black-hearted", "black as sin", did not apply to skin color or race. They were spiritual, psychological or moral concepts. Blacks, whites and other non-white groups, used these terms indiscriminately. But as whites begin to dominate, black and non-white cultures, these terms, became more and more associated with skin color and race.

Western (white) European religious symbolism, always depicts light as representing God, and by the association light = white, God is depicted as being white. However, in spiritual symbolism, light represents the visible world, the world of things seen, the sensory world, while black, represents the invisible world, the world of things unseen, the spiritual world.

The, spiritual world, is the world of the invisible source God, called Amun, (the hidden or invisible one), by the ancient Egyptians. Because of the association of, black, with the invisible world (if God has a color) makes the source God's color black.

The source God doesn’t have a color. Only as we talk about it manifesting its self through some culture, can we refer to it as a being black or white. Only through some, culture's, subjective color associations, can white be associated with a God of light and black with the God of darkness. This God of darkness, (meaning of the invisible, spiritual world) has, historically, been injected, with all the undesirable traits and characteristics that, white Christians, didn't want to see in themselves.

In their desire to be superior to all others groups and to set themselves apart from animals (because of their puritanical views about sex and the body), they projected their repressed sexual impulses and other impulses considered morally undesirable, on to those groups, they’d been conditioned to see, as more like animals than themselves. These were usually Africans and other indigenous non-white people, who weren’t ashamed, to openly display their bodies, their sexuality or the enjoyment of sexual pleasures.

The first Africans that whites came in contact with, had skins that were literally or nearly black. It must have been a cultural shock, for those whites who held negative associations about blackness, to literally, come face to face, with people, who had skin the color of the dreaded blackness they feared.

This foreboding toward blackness can be seen in words like black magic, black cat, the black plague etc. As I said previously, these associations around blackness, probably came about through its association with darkness and night, when the roar of predators in the dark, meant possible death to our early ancestors. Only later did it become associated with skin color or race.

The Gods Looks Like Those Who Believe In Them

Anthropomorphically, the Gods always look like the people who believe in them; because they’re a projection of they’re highest hopes, dreams and fears.

But the source God has no form, shape, color, or race.

So for whites it’s white and for blacks it’s black (or at least it should be black for blacks). That’s why in white, male dominated religions, God looks like a white male. Some black and other non-white cultures, historically dominated by white males, now depict God as a white male.

Hero With A Thousand Faces

That people, who’ve been enslaved, colonized and victimized by white male racists, now worship the image of a white male as their God?, and, how clever and pathetic.

The cultural God image of any culture should reflect the physical characteristics of the people creating that image. But a transcultural image of God, (the God image of all humans), would look like what the late mythologist, Joseph Campbell, called "The Hero with a thousand faces".

It would look like a monster. Like the beast with seven heads. It would literally be a God image with millions of faces, reflecting all of the faces of mankind, because the true God, the God of all the people, is invisible and doesn't have a face or an image.

God’s image is like shapeless, formless clay, that can be shaped into any face or image those doing the shaping want it be.

So the way black skin became associated with evil, is because all of negative associations with the concept of blackness, like being black hearted, the black death, the black plague, black as sin and the fear of the dark and death, was associated with those who had the dreaded black skin, by those whites it reminded of those things.

And because, the Anglo Saxons and other Germanic tribes,( who were seen as primitive, savages, by the Romans), wanted to see themselves as superior to black people (Africans). so they intentionally, promoted the idea, that blacks were subhuman and more animal like, than human. They used the theory of evolution to support this idea; stating that the oldest races (Africans) were more primitive and animal like than they were; and they were more advanced, more human and genetically superior to the black race, because they were the last to develop on the evolutionary scale.

That's kind of an interesting way of looking at things, because most cultures believe that the ancient people were the most advanced and that as time went on people "fell" or degenerated from that advanced state. That's why you have the concept of the "fall" of man in Christian theology, and the concept of the lost "golden age" in other cultures' theologies, that many people are longing for and want to return (like the return of the messiah).

This is my kind of my condensed view, of how blackness and black skin became associated with evil and darkness, with some riffing and ad-libbing thrown in for good measure

Hope you found it entertaining, enlightening and maybe even got something out of it.

This was all done in fun and well intentioned.

No offense meant to anyone who may take offense at what I wrote.

If you enjoyed the hub vote it up, share it with friends, family on Facebook and on social media 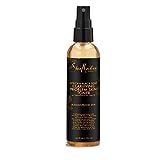 Mormon Explains How Blacks Are Cursed