In China, No One Wants a 27-Year-Old Sheng Nu - Female Suicide Rate Increases the Gender Gap

Suicide is the top cause of death for young women in China.

Despite the laments of one American actress that No one wants a 50-year-old woman, we find that in the USA, many people are interested in the more mature female friend, wife, or partner. This is good news, since women still outnumber men in most Census2010 age cohorts and ongoing head counts.

China, on the other hand, experiences a more disturbing age related phenomenon. Women that are unmarried by the age of 27 are labeled and stigmatized as totally unmarketable as a wife.

This is strictly opposite of the Japanese phenomenon that emerged in the late 1980s, one in which twenty-something and thirty-something professional women began to refuse to date and/or marry. This affected the population numbers to some extent and a side effect appeared as an increasing divorce rate.

In America, men are four times more likely to die by suicide than are women. The opposite is true among young men and women in China; suicide is the leading cause of death for young women in China. (WHO Report of 2009 - Women and Health).

There are three solutions to a woman’s problems:

The stigmatized Chinese women are called Sheng Nu, which translates into English as unwanted or leftovers. A TV miniseries about disenfranchised American women has an even more poignant name that would fit the stigma: Loose Change.

In 2007, the Chinese Ministry of Education included the category Sheng Nu in its glossary of official terms. An associate of mine was teaching English in Beijing at the time and remembers this occurrence.

Ironically, Sheng Nu individuals are largely successful urban women that have lucrative careers and upscale automobiles, and live in good dwellings. The Ministry of Education publishes articles denigrating these women for their single status in a scare campaign. Propaganda implies that no one wants these women (for wives) and their accomplishments are meaningless. Many articles remind the Sheng Nu of the one-child policy and broadcast the message that these women will find a husband "too late" to have a child, or may never find a husband at all.

One of the largest sources of guilt dredged up by Sheng Nu warnings is that the parents of these women will be deeply disappointed - a horrid loss of face for the Sheng Nu. This alone may be a reason for the increasing suicide rate among Chinese women.

Rural Chinese wives are responsible for the crops, the household, and the child raising. Suicidal wives usually drink pesticide.

The Secret Fan of China

The women of Hunan province invented a secret script called “Nüshu” (“women’s writing). The script was carefully guarded from men by women, who passed it from generation to generation through “sworn sisters” and mothers. -- China-Mike.com

In 2010, the results of a Chinese survey of 900+ women university graduates looked at these phenomena. The survey accessed women from 17 Chinese universities and were examined by the School of Journalism at Fudan University.

Over 70% percent of those interviewed in the surveys stated that their Number One Fear was becoming a 3S Lady. Such a woman is in one of three categories among the Sheng Nu:

Matchmakers and Matchmaking Clubs are abundant in China, but management finds that younger Chinese women are almost "too strong." Truly, they are not the little girls and young ladies that suffered foot binding up until the early 20th Century and had secret communications with other ladies in a special language written on folding fans (see Snow Flower and the Secret Fan).

These are not the women that suffered forced enslavement as the first human sushi tables described in FireWife: Nyotaimori Body Sushi, Human Rights and Women's Status.

One woman, aged 26, reported to an interviewer that she might go to America and continue her success. She might then return to China when she was old and broken - at age 40 (reference: Radio Netherlands). 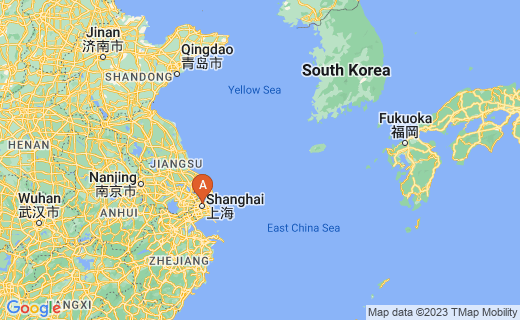 At the end of 2010, it was found that 20% of all Chinese marriages ended in divorce. The American rate has hovered around 50% or more for several years. However, Beijing experienced a rate of 39%. In the 2000s, one of my associates became a number in that Beijing statistic (information gathered by NPR); she retained a relationship with a wonderful stepson, however.

It seems that the generation in China born after the 1980s are selfish single children under the one-child policy. Many call themselves "Post-80s" and admit to that personality element. They report that they do not compromise, only argue. They marry fast, argue, get a divorce. Divorce clubs offer counseling to the newly divorced.

In June 2012, it was found that the divorce rate among parents of children aged 18-19 increased sharply after the results of the national college entrance exams, while the government denied a connection. Popular opinion is that these couples in their 40s and 50s wait until their child may attend college and then divorce.

The one-child policy is not good for future marriages. A Beijing district court found in 2009 that the divorce rate for people under age 30 doubled every year from 2004 - 2009 -- 97% of these people were only children.

Of the divorcing young couples married long enough to have a child, when they divorce, the child is unwanted by either side in a third of divorces.

Some of the orphanages in China are horror chambers - several potty chairs are lined up together and nailed into place. Lines of potty chairs fill entire rooms at some orphanages.

Older infants and toddlers are dressed only from the waist-up and tied with ropes into the lines of potty chairs to spend 12 hours or more a day sitting. They are fed while sitting on the potty chairs. They fall asleep. They become unruly and are ignored.

Will China destroy its own population with these methods and their unexpected results?

Out to Work: Migration, Gender, and the Changing Lives of Rural Women in Contemporary China
Buy Now

“Marrying a woman is like buying a horse: I can ride you and beat you whenever I like,” -- Xu Rong, head of the Beijing’s Suicide Prevention Project

Rural Chinese wives are responsible for the crops, the household, and the child raising. Suicidal wives usually drink pesticide.

According to the World Health Organization, Chinese suicide rates are higher among young women than young men and higher also among rural married women who must perform all the work in the home, in the fields, and in child rearing, while husbands work elsewhere.

At least 500 women per day kill themselves in China. Some analysts blame the one-child policy and fear of forced abortions (Note: despite voices that deny forced abortions, I have seen proof from my professors, associates, and friends that have provided documentary coverage and personal experiences of it).

The emphasis on education may also contribute to suicide rates. Many Chinese students attend school equivalent to PreK-12, but all year long for 8 or more hours a day, half-a-day Saturdays, with janitorial and cleaning duties as well. After dinner at home, many attend another school for several hours each night or receive mandated parental tutoring until bedtime. This may contribute to the success of young women, but government publications warm them of the Sheng Nu stigma at the same time.

China has over 20% of the global population, but contributes 25 - 40% of all suicides, depending on the source. The 2010 Human Rights Report on China found suicide rates of women, especially young women, to be 3 - 4 times higher than for men (Beijing Suicide Research and Prevention Center).

At the same time, suicide among divorced and widowed Chinese women is lower than for married Chinese women. The urban Sheng Nu experienced a higher suicide rate for some time, but government intervention may be helping -- Since the 1990s, 24/7 Suicide Hotlines have become prevalent in urban areas.

Suicide is still the 4th of 5th Highest Cause of Death among all age groups (depending on source), however, and Number One among young people - more so for women than for men (3:1 or 4:1).

As a direct result of the One Child Policy in China, that nation is projected to have 30,000,000 more men than women by the year 2020, according to a report by China’s State Population and Family Planning Commission.

In early 2016, the Chinese government ended the One Child Policy, because of the economic damage it had done to the people and nation.

DATA From the China Center for Disease Control and Prevention

QUOTE From the US National Institutes of Health

In South India, suicide rates amongst young women were reported as 148/100 000, making it one of the highest in the world. The male to female ratio in suicides is also much narrower—in China they are reversed. These studies suggest that, unlike the West where marriage is protective, in many developing countries it is a significant source of stress for women leading to higher psychiatric morbidity and suicidal behaviour.

Factors associated with higher psychiatric morbidity and suicidal behaviour in women in developing countries include early age at marriage, lack of autonomy in choosing male partner (arranged marriage), pressure to have children early in marriage (in many cases for a male offspring), economic dependence on husband and the joint family system. Domestic violence is also a serious problem in developing countries.

Read and join activists groups that work to make a difference.