Global Warming, What You Should Know, and Is It Real?

I love to learn new things about the earth. It is amazing the things that are here. So many fantastic things to see and study.

Is it even real?

This article is to pass on some global warming information, to give you the truth about what the science shows and what you should know about the subject. President Obama recently spoke to the U.N. He said that “Climate change poses a threat to national security”. What is the basis for this statement? Is man made global warming really happening? If global warming is happening, what is the cause? Is there any way we can control global warming? If our climate is warming, is a global climate that is warmer really bad? Can man control the change in the climate?

These are all good questions. The truth about Man made global warming is not as clear cut as the U.N. panel and many others say it is. They say it is fact. The problem with that statement is facts need to have proof, something is not fact because the U.N. panel says it is. To be a scientific fact, it must be proven. None of the statement they have made have been proven, and there is no way that they can prove that there is such a thing as man made global warming.

Is the earth warming

All scientists agree that the climate of the earth has changed over history. The earth has been much cooler. We have had several ice ages, where most of the northern hemisphere was covered with ice. The earth has also been much warmer. The Vikings were farmers in Greenland, you can't farm in Greenland now. We also know that the warming and cooling has happened several times through history.These are facts, not predictions.

The global warming advocates say the main cause of man made global warming is CO2 gas that is given off by man burning fossil fuel. The total amount of CO2 in the atmosphere is .038%, most of which is cause by water vapor from the oceans. Is CO2 bad? For plants to survive they need CO2, plants give off the oxygen that we need to survive. If there is more good farm land because the Earth is warmer where more food can be grown, is that bad? That seems like a good thing.

The global warming advocates say the largest warming occurs in the colder norther climates. The areas of Siberia, northern Canada, Alaska, Greenland are the area's most affected. Would any of these areas and the people living in these area be hurt if the temperature were to rise slightly? Far more people die every year from cold than from heat. A recent study for the U.K shows that in the U.K. Alone in 2007, 25,300 more people died in the winter months than in the summer months. This was not an isolated incident, it is the norm. This is another reason that a slight warming would not be bad.

Global warming advocates also say that storms, and natural disasters will also be much worse. There is no indication that this is true. If you base the severity of storms on property damage and people injured, you need to realize the there are more people, and more people live in area's affected by storms. If you base the severity on the strength of the storms, they are not getting worse. Of the 10 strongest Hurricanes in the Atlantic, 2 of them were from 1992 to 2005. None since. The other top 8 were all before 1969.

Global warming advocates also say that Polar bear populations are declining. In some places they are declining, in some places they are increasing. They have promoted photos of polar bears floating on icebergs and making it look like they are stranded and are in trouble because there is not enough ice. Polar bears spend their hunting time on the edges of the ice most of the time. They can also swim over 100 miles without a problem. That is how they survive hunting for seals. 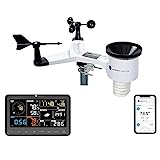 In the United states this year, we have had one of the coldest summers on record, for most of the country. We have had record low temperatures in hundreds of places. Record early snowfall. Record cold and early snow in Canada. Record snows in Paris in January, record cold in northern Europe earlier this year. Many other examples show there is change, but the temperature is cooling.

The winter of 2009 to 2010 has set many records for cold and snow. All over Europe and America. England is covered with snow, more than in the last 50 years. The coldest temperatures ever are being felt in Texas, Florida, etc. The electric trains in Europe can't even stay running because the snow is shorting out the electrical systems.

The summer of 2011 was also below normal in many places in the U.S., as well as parts of Europe and Russia.

Dr. Roy Spencer, Author, Climatologist, former NASA scientist, just released a study showing that the U.N. Panel on climate control is using data for their predictions that is wrong. Click here to read.

A recent paper published by Prof. Richard Lindzen shows that if we shut down the entire world economy to stop emitting CO2, it would take 225 years to make enough difference in emissions to stop the 6 degrees F. of temperature change that the U.N. Says will happen over the next 150 years. That is assuming that it will even happen at all. I think having no transportation, basically no electricity, no industry, and not nearly enough food to feed people on earth, would be a far greater threat to national security. Especially since the threat is based on something that a majority of people don't even think is happening. Man made climate change is just bad global warming information that has no proof to back it up, which means it is just a theory.

It is a scam concocted by people who want to get rich by taking advantage of innocent taxpayers who are made to feel guilty because they live better than some people in other parts of the world.

Glacier National Park This is a tribute to a place that could possibly be the most beautiful place on earth, Glacier national Park. If you enjoy anything in nature, be it scenery, wildlife, waterfalls, mountains, or just the peace and tranquility of quiet and beauty, you need to visit Glacier national Park. The pictures and videos are fabulous, but being there and experiencing it yourself is simply breathtaking.

What are earthquakes An earthquake is the sudden and sometimes very violent release of energy from the movement of the earth surface. The surface is comprised of pates called tectonic plates. these plates are constantly moving into each other.

Most beautiful place in the world to Canoe If you ever want to take a trip to a place to get away from it all. A place where you can experience something you can't experience almost anywhere else.

Interesting earth facts This is a collection of interesting facts about the earth and interesting details about the Earth. You may or may not have heard or read about these facts before.