Are Jamaica’s street children safer than those who have become ward of the state? It would seem there is not  that possibility owing to the recent development at Armadale in which girls, ward of the states died in a fire at this home of safety run by the state.

Many of the children who become ward of the state do have parents who have thrown in the towel from frustration because they cannot control them or just cannot be bothered. These children depend on parents for financial support which invariable is readily available in most cases. These children or parents do have a choice.

Street children on the streets of Jamaica do they have a choice of becoming ward of the state or to live on the street? The term street children refers to children who because they are deprived of their parents actually live on the street .They sometimes live on their own, sleep in public places and use public facilities to perform daily hygienic bodily care. Some do have family ties and reside with family members on and on and off arrangement, but most times the tie is just casual. 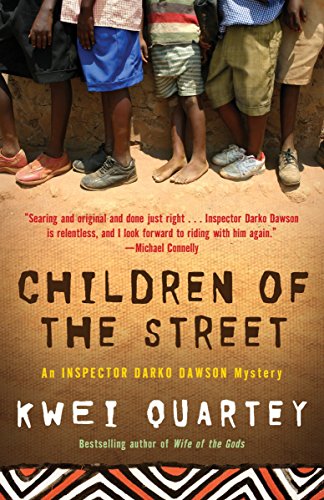 Many street children are entrepreneurs who engage in activities such as vending, begging, and perform chores such as cleaning windscreen at stop lights for a small monetary contribution. There are others who perform elicit sex acts too for money. Their earnings usually help in supplementing the family earnings. Many of them attend school and are responsible for their own care.

Many street children are on the street because they have no other choice. They may be there because of mistreatment, neglect, abandonment, physical abuse, sexual abuse, poverty, family disintegration, arm conflict in the community they are from, migration, dislocation, natural disaster, and many just there to supplement the family budget.

It has been suggested through studies that HIV/ AIDS, poverty and migration are the greatest factors that has caused Jamaica’s children to resort to living on the streets. In 2003, 5125 children lost their parents to HIV/AIDS. A high migration rate is also cited as a response to social and economic conditions of which Jamaica now harvests the results of a weakened family and community structure. The remittance and the barrels of food and clothes which ones was gladly received from abroad do not have the effect they once had because these children are now entrepreneurs and are capable of financially supporting themselves. What they now need is love, shelter, guidance and a sense of belonging.

The question now is should street children be left to fend for themselves with the minimal support they get from siblings and informal supervision from family, community and neighbours, or should they become ward of the state and placed in homes run by the state? Many would say it is time the state do something for these children. Since many of them have lost their parent to HIV/AIDS. The money allocate for technical and education for research by UNICEF should by now give some more tangible support to Jamaica’s street children.

People are now beginning to think twice about giving children to the state since it has been brought to light that the state facilities need much improvement. With the Armadale saga and the recent interview on the TV programme AlLangles that brought to light some of the abusive treatment state owned children receive; one may want to conclude that street children may have a better chance of surviving on the streets than in some state owned institutions.