Just How Many Europes Are There? 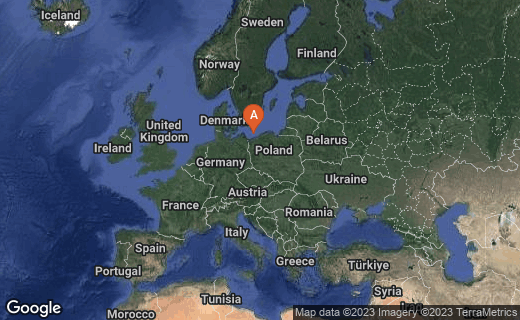 Many people think the names “Britain”, “England” and the “United Kingdom” are interchangeable-- much to the irritation of millions of the UK's inhabitants. Don't call the Scots, the Welsh or the Irish “English”, if you know what's good for you-- and the English aren't all that fond of being misidentified either. To be safe, just call them “Brits” and be done with it.

In a similar vein, what does it mean to be European? What, exactly does “Europe” mean? Well, it depends on which “Europe” you're talking about. This article identifies four of them-- but even these delineations are subject to debate. I can't promise this is the final word or that you'll be an expert on the subject, but at least you'll know enough to question which “Europe” is being discussed.

The Continent of Europe (Largest Number of Countries)

The continent of Europe should be easy to identify. It is the geographical reference to the continental peninsula in the west of the Eurasian land mass, including related islands. Stretching roughly east to west from the Atlantic Ocean to the Ural and Caucasus Mountains and north to south from the Arctic Ocean to the Mediterranean Sea, it covers nearly 4 million square miles and contains 50 countries with a total population of about 730 million people. Among other countries, this version of Europe includes the island nations of Iceland and the United Kingdom and portions of Russia, Kazakhstan, Turkey, Georgia and Azerbaijan.

These are the 50 countries in the continent of Europe (note that this list does not include countries in dispute, such as Kosovo, Northern Cyprus, South Ossetia, etc):

The Council of Europe (Large Number of Countries)

Although there is no “country” of Europe, the European Union (EU), as a political and economic union, comes close to being the hypothetical “United States of Europe”, with its “capital” at Brussels, Belgium. The member states-- or countries-- that make up the EU, while part of this supranational union, struggle with developing a single market, common trade policies, free movement of subjects and trade across state borders, etc, while maintaining as much of their individual customs and laws as possible. The “economic” part of the European Union does not extend to a single currency-- that is under the auspices of the Eurozone (see below). There are 28 European Union countries, with a population of around 500 million (Croatia was the latest to join on July 1, 2013):

Note that this is about half the countries that make up the continent of Europe (see above).

The Eurozone (Smallest Number of Countries)

This is the “Europe” that has been in the news so much, dragging down the world's economic recovery. Also called the “euro area”, it is Europe's economic and monetary union. That is, its member states have adopted the “euro” as their common currency. There are currently only 19 member states in the Eurozone, since not all of the countries in the European Union (see above) have adopted the euro as their currency-- most notably, the United Kingdom. As the Eurozone wrestles with the monetary crisis involving its member states Greece, Italy, Spain, Portugal and Ireland, among others, the rest of the European Union as well as the world struggle to emerge from the global recession that started in 2008.

The 19 member states of the Eurozone, with a population of 335 million, are:

That concludes the whirlwind tour of four Europes. If you're still confused, then you're normal, but maybe now you understand why “Europe” never seems to stand still and why sometimes a country is European and sometimes it's not. And fear not, the memberships of the various Europes will change over time.

Finally, on the off chance you may be able to handle the truth, the following image shows that there are actually more than four Europes.